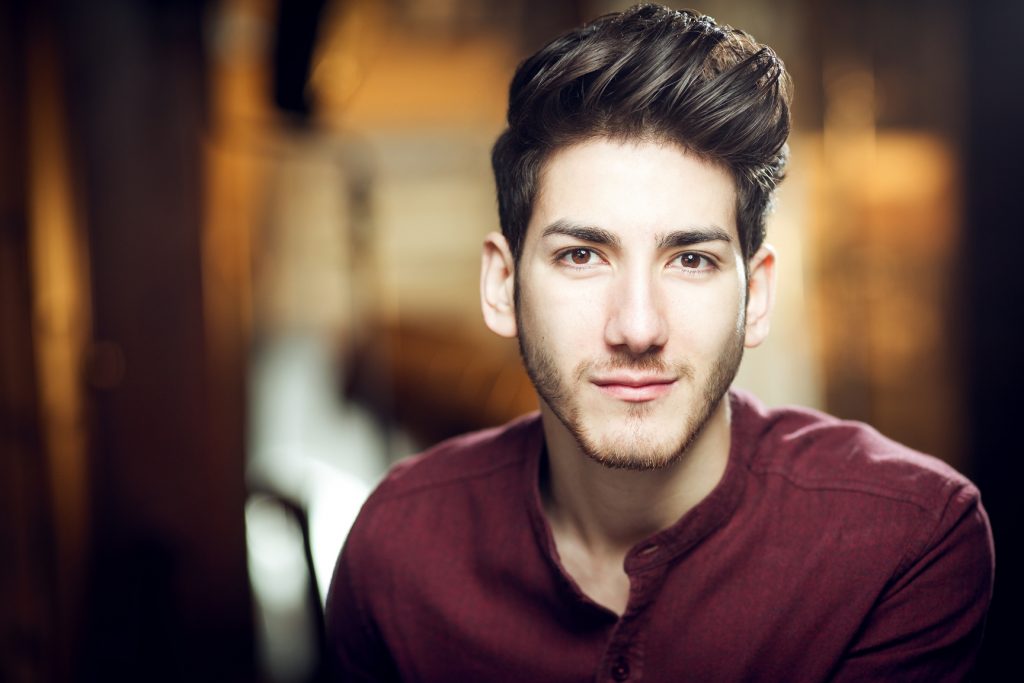 For the past 18 months, Ediz Mahmut has been treading the boards at the Theatre Royal in Drury Lane. This weekend his stint as part of the ensemble on the hit musical 42nd Street comes to an end.

We caught up with Ediz, who goes by the stage name of Eddie Myles, to find out how he came to be on the show and what’s next for this talented thespian of Turkish Cypriot heritage.

Tell us a little about yourself

I’m 25. I grew up in Orpington and attended performing arts school from a young age, following in my family’s footsteps. My two older brothers Mehmet and Yilmaz and my older sister Hurmus were all performers. They performed on cruise ships, worked in America as an Irish Dancer, in the London Olympics Opening Ceremony, and also on TV shows such as Eastenders.

Seeing them working around the world doing what they love was very inspiring. They are one of the main reasons I knew what I wanted to do as a career. So I followed them into the same theatre school and college.

From the age of 16, I trained at a performing arts college for three years. After graduating, I landed my first major job in the role of Baby John in West Side Story for the Royal Shakespeare Company (RSC).

How did you come to be in 42nd Street?

I’m a member of the ensemble. I auditioned for the show back in August 2016.

What other acting experiences have you had?

I worked at the Churchill Theatre a lot as a child and also appeared in the West End show Chitty Chitty Bang Bang before going into full-time training. I’ve been in shows like the RSC’s West Side Story, as well as Grease in Slovenia, and Kiss Me Kate at the Théâtre du Châtelet in Paris.

I toured the UK and Ireland in various roles including Chachi Arcola in the musical adaption [of 1970s TV sitcom] Happy Days. I’ve been in White Christmas at the Dominion Theatre, played  Carlos in Legally Blonde at Kilworth House in Leicestershire, and Stokes in Carrie (Southwark Playhouse). I was in Stiles and Drewe’s Peter Pan at the Adelphi Theatre), played Derek in Big the musical at Theatre Royal Plymouth, and also the Bord Gais Theatre in Dublin.

I also appeared in the second series of Humans as a synth.

Wow, that’s incredible! Can you tell us where next in your career?

My dream is to eventually work in America especially on Broadway. I would also love to work more in TV and film in the future.

My next job takes be back up North to Kilworth House to be in the musical Guys and Dolls, which will run from 29 May to 8 July 2018. All visitors most welcome!