The re-birth of a nation: talk by Dr Haldun Solmaztürk 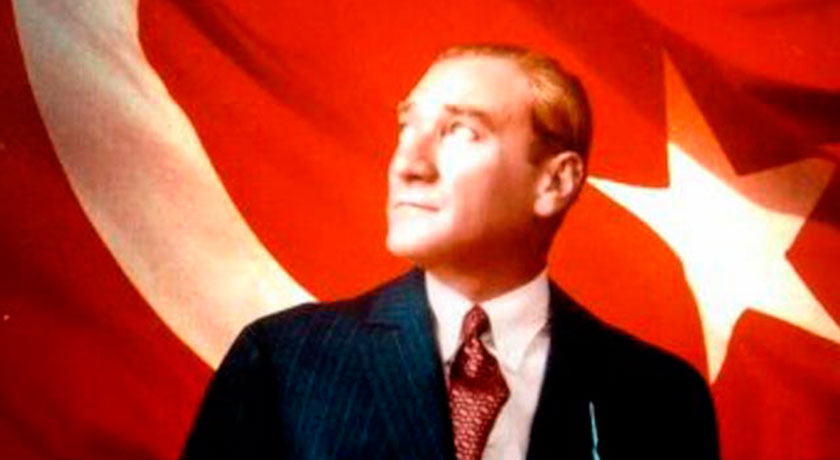 The 77th year of Mustafa Kemal Atatürk’s passing has been commemorated across Turkey and the Turkish Diaspora today.

Turkey’s founding father not only presided over vital military victories at Çanakkale and the Turkish War of Independence, which liberated Turkey from foreign powers, but also helped usher in a new modern era with a raft of far-reaching reforms. These included: abolishing the Caliphate and turning Turkey into a secular state, giving women the vote, translating the Koran into Turkish so it was more easily understood by the mass of Turks, replacing the Arabic alphabet with Latin characters, and placing education for the masses at the heart of his social reforms, to create a new, literate society that could compete with the world.

This Friday, the Çanakkale Remembrance Platform has organised a special seminar to recognise Atatürk’s important legacy. Titled “Bir Milletin Yeniden Doğuşu: Rumeli’den Çanakkale’ye, Çanakkale’den Çankaya’ya” (The Rebirth of a Nation: from Rumeli to Çanakkale, Çanakkale to Çankaya), keynote speaker Dr Haldun Solmaztürk will chart the Turkish leader’s life and career, and its impact on the Turkey and its people.

The event, entirely in Turkish, will start with refreshments, followed by a minute’s silence in remembrance of Atatürk, the singing of the Turkish national anthem and an introductory talk by the Turkish ambassador, Abdurrahman Bilgiç. There will be a question and answer session following Dr Haldun Solmaztürk’s talk, with the event scheduled to end at 8.15pm.

Attendance to the central London is free, but people are required to register in advance to confirm their place.

Dr Haldun Solmaztürk is a political and security analyst, commentator and academic. He started his professional career in the Turkish army, rising to the rank of brigadier general. He retired from the army in 2005 after 30 years of service.

In his civilian life, he has served as a lecturer, writer, director and advisor for many think tanks and academic institutions including the Washington Institute for Near East Policy, the Ahmet Yesevi Kazakh-Turkish International University Strategic Research Center, and the Turkish Center for International Relations and Strategic Analysis (TURKSAM).

His expertise covers defence and security, political culture/psychology, civil society, democratization, foreign policy, and strategic policy-making. He has taught political leadership, policy formulation and resolution of cultural conflicts. He has also extensively researched the impact of insecurity on young people in Turkey and the transformation of political culture.

Since 2012, he has been an Honorary Research Fellow, at London Metropolitan University’s Faculty of Social Sciences and Humanities, and Senior Fellow at the 21st. Century Turkey Institute’s Dpt. of National Security and International Relations in Ankara. In 2014, he joined Chatham House as an Academy Turkey Senior Fellow on International Security.