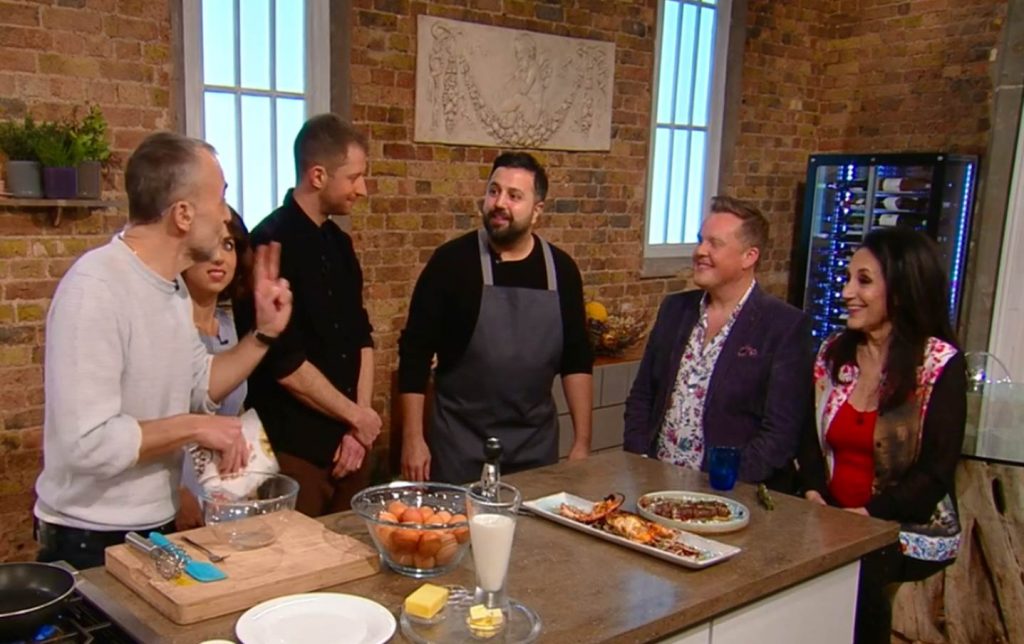 BBC 1’s anchor food programme Saturday Kitchen dedicated a section to “the humble kebab” in advance of the British Kebab Awards, which takes place in the capital tonight. The five-minute feature had interviews with two of last year’s winners, Maz Demir, the executive chef and owner of North London fine dining restaurant Skewd who won Chef of the Year 2017, and Resul Atalay, whose mobile business Atalay Kebabs picked up the Kebab Van of the Year 2017 award.

The short clip was presented by BBC Radio 1 DJ Chris Stark, one of the hosts of the annual British Kebab Awards (BKA). He interviewed BKA founder Ibrahim Doğuş, a restaurateur himself, who explained the rationale behind this annual awards event for kebabs.

Chris first stopped by Resul Atalay’s shop to talk about kebab culture. As his team made up takeaway boxes of freshly cooked lean slivers of doner kebab and salad for Chris and Ibrahim to eat, Resul spoke about the strange things he had seen while on the road serving customers, among them someone trying to eat the packaging along with their food.

Chris also visited Skewd in Cockfosters, where Mazlum Demir demonstrated high end kebab cooking through two signature dishes from his restaurant. The first was a skewered monkfish and octopus dish, the other was made of wagyu beef. Mazlum was also in the live studios on Saturday morning to discuss his kebab dishes with show host and world renowned chef Michel Roux, guest chefs Andy Oliver and Florence Knight, wine expert Olly Smith, and celebrity guest actress Lesley Joseph.

Tonight’s BKA ceremony takes place at the Park Plaza Hotel in Westminster. The event – now in its sixth year – is again sponsored by Just Eat. Good luck to all the nominees.

You can watch the kebab feature on Saturday Kitchen on BBC’s iPlayer. The clip is broadcast around 62 minutes into the show.