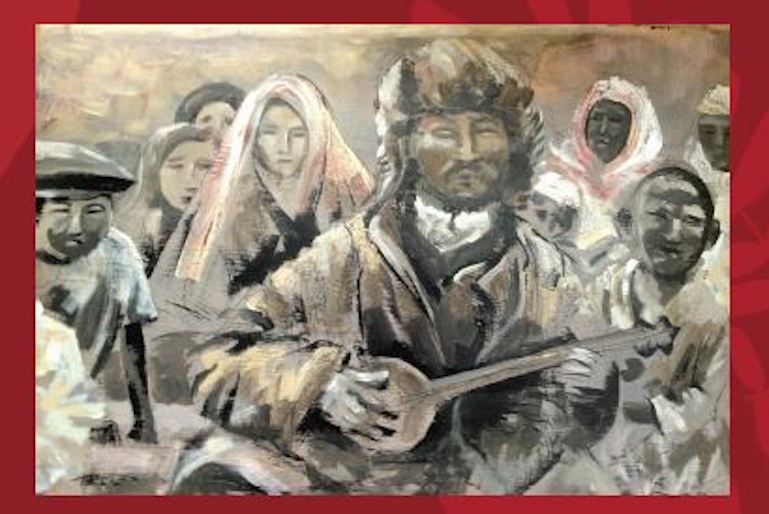 If you have an interest in the history and heritage of Turkic peoples, then this new book is for you! Edited by Razia Sultanova and Megan Rancier, Turkic Soundscapes From Shamanic Voices to Hip-Hop is the culmination of a long-running project exploring the story of Turkic peoples around the world through music and the history of their linguistics and genetic ancestries.

The book examines the Soviet Union and increasing globalisation, which have resulted in the emergence of new viewpoints on classical and folk traditions, as well as Turkic interpretations of global popular culture. This well-balanced survey of music in the Turkic-speaking world not only assesses the role of folk, popular and classical traditions, but also how these traditions have evolved in response to growing modernity and cosmopolitanism in Europe and Central Asia.

Next week one of the editors, Dr. Razia Sultanova, will be talking about the book at the Yunus Emre Institution in London. The event is free to attend, but prior registration is required. Copies of the new book can be purchased here.

Dr. Razia Sultanova is the author of four books and three edited volumes in Russian, French and English on Central Asian music, gender and music, and music and society. She worked in Moscow at the Union of the Soviet Composers and the Russian Institute of Art Studies, before moving to the UK in 1994, initially working at the University of London, and since 2008 at the University of Cambridge. She has been a Visiting Professor at Moscow State Conservatory, at the Kazakh National University of Arts (Astana) and at the Khoja Ahmet Yassawi Kazakh-Turkish University (Turkistan, Kazakhstan). She is the Vice-President of the International Council for Traditional Music and the Chair of the ICTM Study Group on music of the Turkic speaking world. Her next book entitled Popular culture in Afghanistan is currently being published by IBTauris.

Megan Rancier researches issues of music and national identity in Post-Soviet Central Asia. Her dissertation focused on the biography of a Kazakh fiddle (qyl-qobyz) and its implications for Kazakh nation-building in contemporary Kazakhstan. As part of her ethnographic fieldwork, she lived in Almaty, Kazakhstan for 18 months, supported by Fulbright IIE and Title VIII fellowships. Her work has been published in Popular Music and Society, The Yearbook for Traditional Music, and Ethnomusicology. She is currently a Lecturer of Ethnomusicology at Bowling Green State University in Ohio.

Admission: FREE, but prior registration is needed