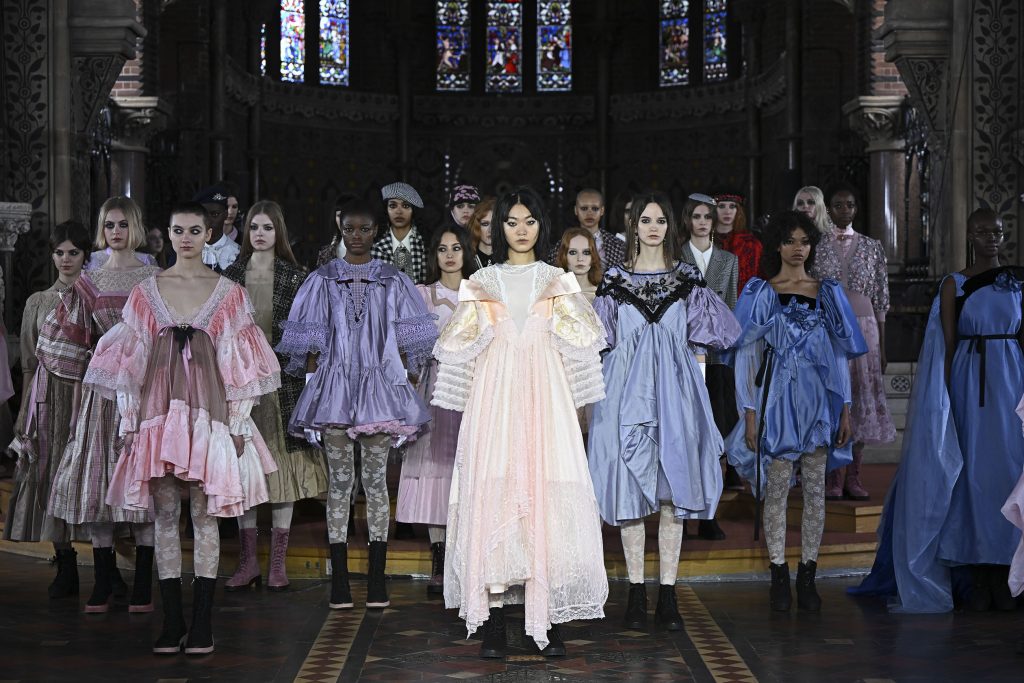 After a challenging two years, London Fashion Week (LFW) is back at full capacity. Following the outbreak of the coronavirus pandemic in 2020, many shows was forced to take place virtually or were cancelled entirely, and like many other sectors, the British fashion industry was also hit very hard by the pandemic.

That was all brushed aside as emerging and established designers stepped up to showcase their new Autumn Winter 2022 (AW22) Ready-To-Wear collections on the catwalk for this year’s London Fashion Week (LFW), which took place between 18-22 February. Among them was acclaimed London-based Turkish designer Bora Aksu.

In keeping with his past collections, Aksu paid homage to a distinguished historical character with his AW22 collection, which debuted with a stunning catwalk on the first day of the LFW. In the spotlight was 14thcentury writer, poet and historian Christine de Pizan.

A Venetian by birth, de Pizan spent most of her life as part of the court of King Charles VI of France, in turn acting as poet, novelist and court historian. Often considered Europe’s first feminist, she overcame the immense challenges faced by late medieval women to become the first woman to earn a living purely from writing; paving the way for the generations of female authors that has continued into the modern era.

Aksu combines the styles of the early Renaissance with inspirations taken from the 1990s, casting his eye over both periods, reflecting the revolutionary spirit of each era.

Inspired by the bravery of de Pizan, whose writings discussed everything from philosophy to the emancipation of women, Aksu brought a blend of the hyper-masculine and ultra-feminine that simultaneously juxtaposes their differences, while highlighting the beauties found within the overlap.

By mixing the masculine and feminine elements of tailoring, silhouette and palette, Aksu highlights the interchangeability of gender expression and the beauty of the ambiguous.

His AW22 collection presented tailored suit jackets, crisp shirting and sharp tailoring paired with the soft detailing and abundance of taffeta and tulle that are Aksu’s signature.

The blend of classic gendered aspects brings a light-hearted playfulness to the collection, enhanced by the rich palette of navy, butter creams and dusty pinks.

Aksu has always been a designer producing women’s collections, which have previously been modelled on and by women. With this AW22 collection, he now joins the industry-wide recognition of gender-fluid fashion.