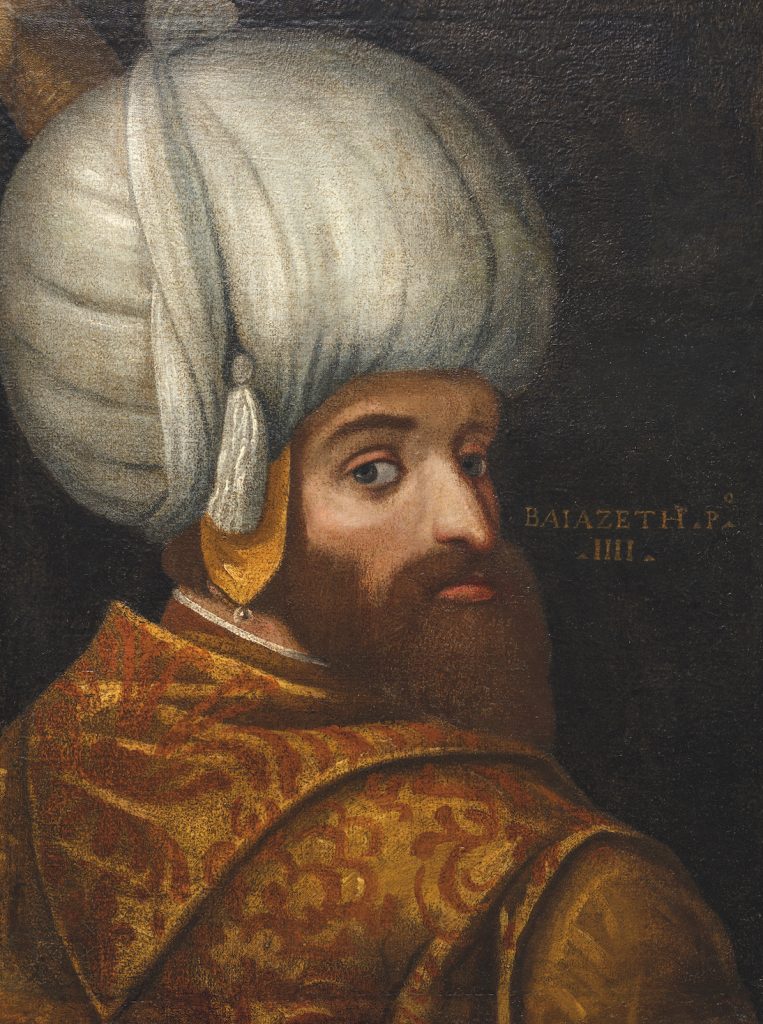 This major exhibition in the British Museum charts the fascinating history of cultural and artistic interactions between East and West from the 15th century onwards, and explores the impact of the Islamic world on Western heritage.

A diverse selection of objects has been sourced worldwide including a portrait of Ottoman Sultan Bayezid (pictured above) and various depictions of Ottoman dress by European artists, each helping to highlight the incredible influence of the East in art, fashion, jewellery and more.

The show assesses Orientalism – an art movement originating in Europe and North America that sought to represent North Africa and the Middle East as ‘lands of beauty and intrigue’. Reaching its height during the 19th century, this genre often blurred the lines between fantasy and reality – and as Palestinian-American scholar Edward Said argued – often misrepresenting life in the so-called ‘Orient’.

The exhibition concludes with a 21st-century perspective, through the eyes of four female artists from the Middle East and North Africa, who continue to question and subvert the idea of Orientalism in their work and explore the subject of Muslim female identity.

Inspired By The East, How The Islamic World Influenced Western Art sets out to recalibrate our understanding of the deeper and more complex exchange that occurred between the East and West from 1500 through to the present day. This more realistic depiction of history demonstrates the impact of the Islamic world on the West, as experienced through trade, diplomacy, pilgrimage, warfare, colonialism or simply an interest in adapting Eastern artistic techniques.

The exhibition is free to members and priced £12 for others (concessions available). It runs until the end of January. Prior booking online is advised.

Title: Inspired By The East, How The Islamic World Influenced Western Art

Admission & Info: Free for members / tickets from £12.00. Find out more about the exhibition here.