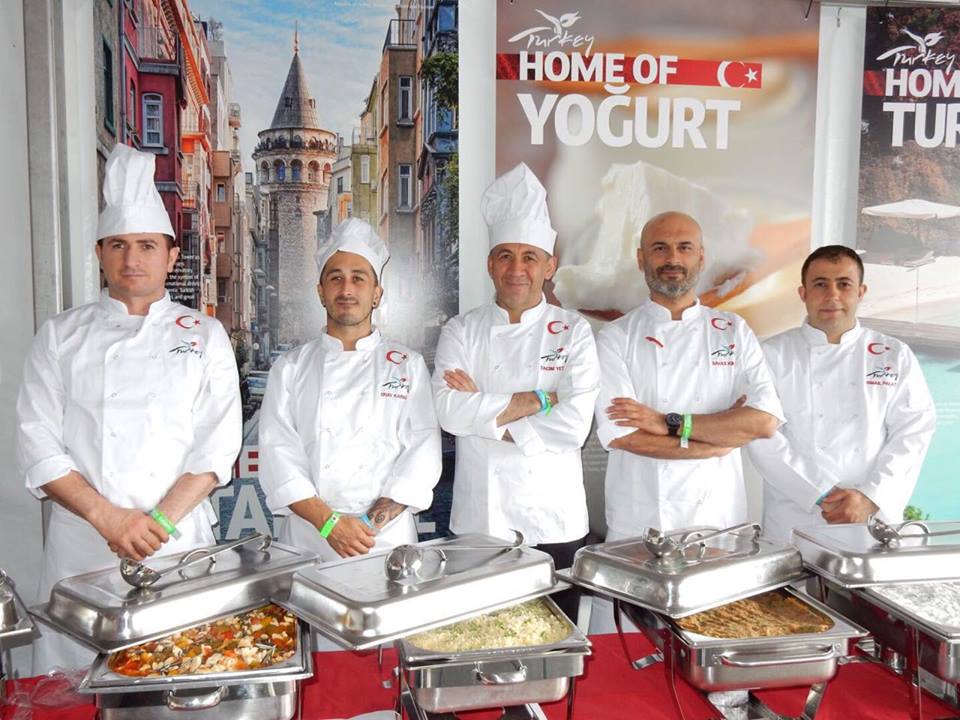 An estimated fifty thousand visitors to London’s biggest outdoor food and drink festival have the chance to sample a taste of Turkey. Top Turkish chefs Ali Cengiz and Tacim Yetis have teamed up with British chef Ed Baines to showcase Turkish cuisine at this year’s Taste of London in Regent’s Park.

During the cooking, Baines told the audience: “There’s more to Turkish cooking than the kebab”, and that “Turkish cuisine is one of the great cuisines of the world. It’s phenomenal.” 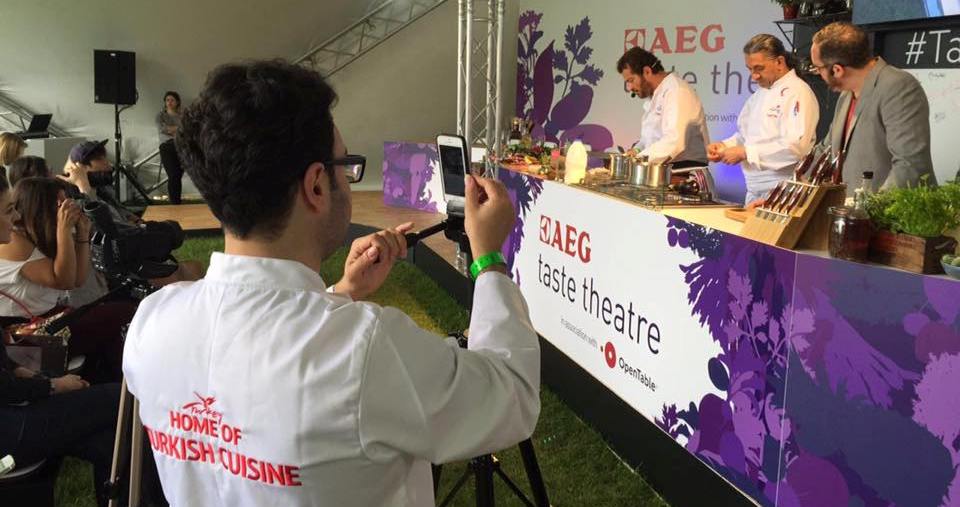 See below for the clip of Ed Baines cooking Hunkar Begendi:

Throughout the five day festival, all visitors to the Turkey Home tent are being offered complimentary portions of delicious Turkish dishes, desserts and beverages, including freshly baked pide, pilav, baklava, Turkish meze, stews, kebabs, and Turkish tea and coffee. Also on hand is Simit Sarayi serving simit and Turkish cakes.

Ali Selçuk  Can, the Turkish Culture and Tourism Attaché in London, said: “The primary purpose of participating in this festival is for British people to associate Turkey with distinctive, flavourful and rich cuisine.”

In addition to fine food, those visiting the Turkey Home tent also have a chance to win an all-inclusive holiday for a family of four to Antalya. They just need to pose looking through the large picture frame at the stand, then post their photo on Instagram with the #TasteofTurkey tag to enter the free prize draw.

About Taste of London

Sponsored by AEG, Taste of London is the capital’s most popular food and drink festival. Dozens of top eateries participate, enabling visitors to sample small portions of their signature dishes. Among the restaurants present at this year’s event are Duck & Waffle, Club Gascon, Roka, and The Cinnamon Club.

Running for five days, this foodie wonderland has over 170 food and drink stalls, as well as cookery master-classes with leading chefs, and a boutique gourmet market selling mouth-watering artisan food and drink products and kitchenware.

The event kicked off on yesterday and runs until Sunday 19 June. Visit the website for more information about Taste of London 2016, opening times and tickets.

Main photo Turkish chefs at Taste of London 2016, courtesy of the Turkish Embassy in London