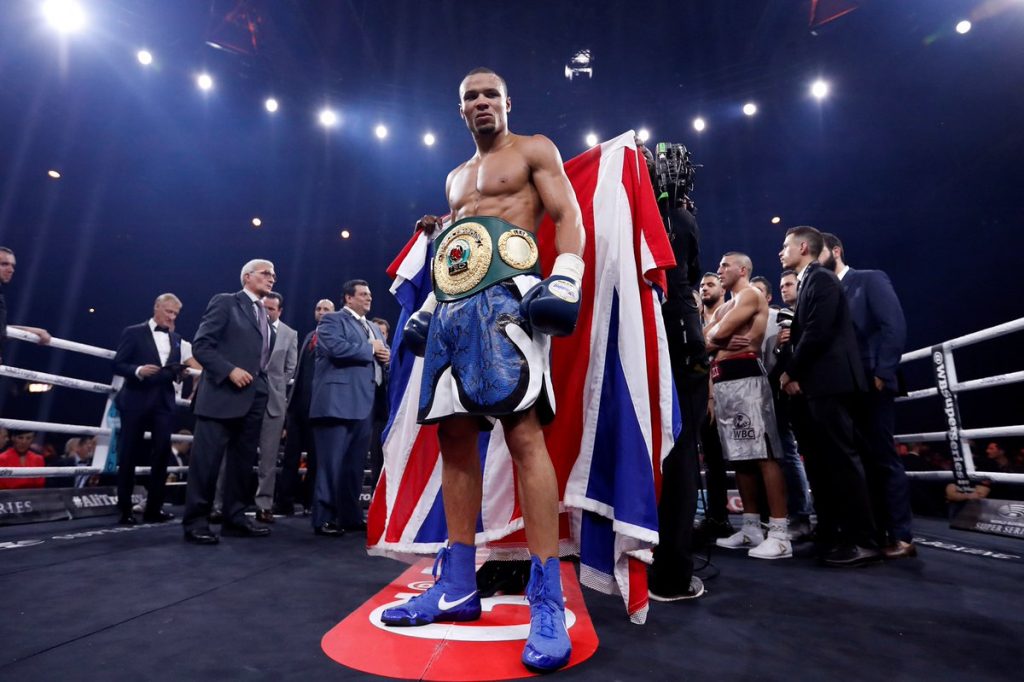 Boxer Chris Eubank Jr silenced his doubters and retained his IBO Super-Middleweight title in a superb fight at the Hanns-Martin-Schleyer-Halle Arena in Stuttgart, Germany, on Saturday night. The British boxer knocked out his opponent Avni Yıldırım in the third round with ease to progress into the semi-finals of the World Boxing Super Series.

Yıldırım went into the fight undefeated and was expected to put up a sturdy challenge. Yet from the off he was unable to deal with the pace and power of Eubank Jr. The Turkish champion found himself on his knees in the opening round and he never recovered.

A furious series of punches by Eubank Jr in the third culminated with a devastating left hook that sent Yıldırım crashing to the canvas. As the Turk struggled to regain consciousness, the referee quickly brought the contest to an end and called the medics into the ring.

The outcome silenced the mainly Turkish contingent of fans in the arena, who had unfurled “Welcome to hell” banners before the bout. An unruly mob of about 50 Turks also started fighting amongst themselves, hurling chairs and exchanging punches that left several covered in blood and in need of medical attention, with little intervention by security forces.

The boxers’ appearance brought the focus back to the ring. Eubank Jr’s clinical finish ensured his advance in the World Boxing Super Series, with $10m prize money and the Muhammad Ali Trophy up for grabs. With his boxing reputation strengthened, Eubank Jr also becomes the no.1 contender to face David Benavidez for the WBC super-middleweight belt.