Coronavirus alert: the sheep have taken over in Samsun! 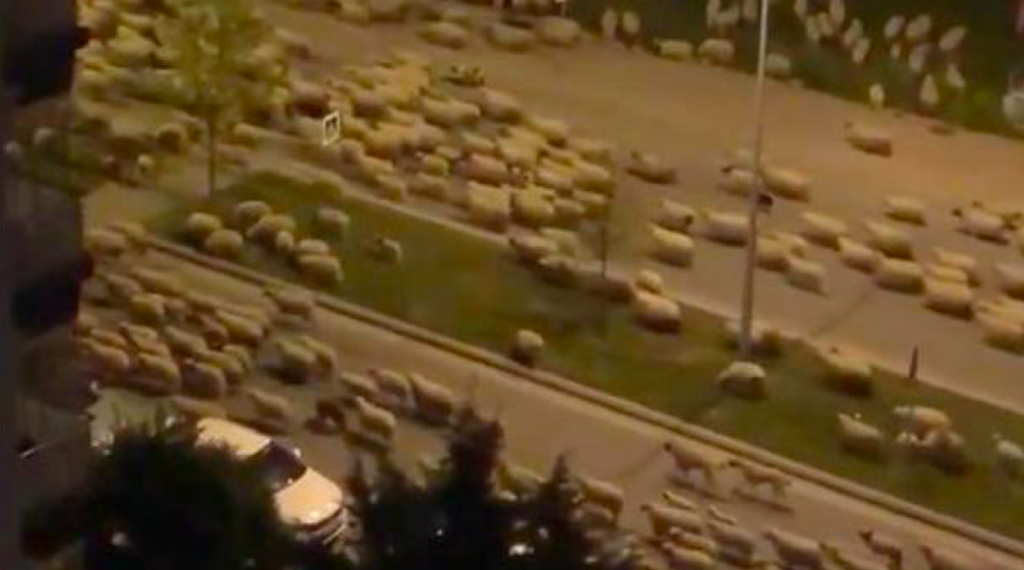 There has been no shortage of strange scenes of animals around the world running amok during the coronavirus pandemic, as nature seeks to assert itself into spaces abandoned by humans during the lockdown.

Cameras have captured thousands of flamingos gathering by Mumbai’s lagoons, dozens of hungry monkeys fighting it out over a banana in Lopburi, Thailand, wild boar rummaging for food in Haifa, Israel, dolphins swimming down the Bosphorus Straits in Istanbul, and many more.

Last weekend, it was the turn of the residents of Samsun, northern Turkey, to bear witness to a new animal takeover.

Up for sahur (the pre-dawn meal before the daily fast starts), residents living in Atakum were greeted by the sound of tiny bells and the bleats of sheep.

The unusual noise in the early hours of Saturday morning prompted many to open their windows and step out onto their balconies, only to see hundreds of sheep filling their city’s streets.

Taking advantage of the lockdown, some sheep were seen coolly grazing on grassy patches by the roads, while a single man, assumed to be the owner, calmly walked on ahead, aided by his sheep dogs who kept the herd in line.