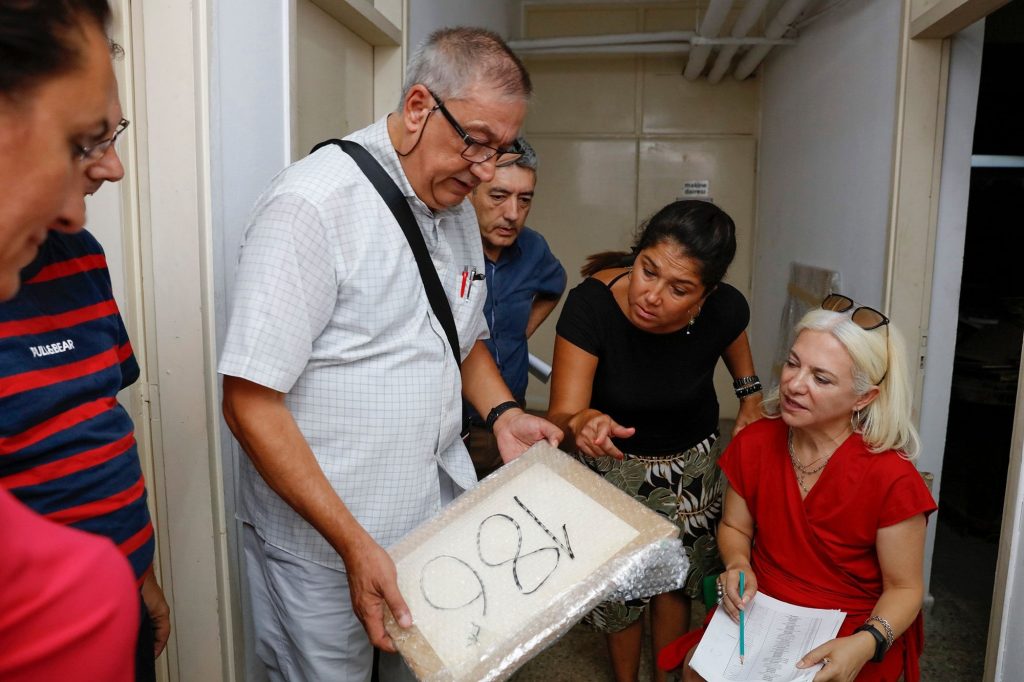 Paintings and audio-visual recordings that have been gathering dust for almost five decades are to go on show in Cyprus at an exhibition, it has been announced.

They will be displayed to the public for the first time since 1974, the United Nations spokesperson in Cyprus said on behalf of the island’s bicommunal Technical Committee on Culture.

The announcement was made following an exchange of archive materials between Turkish Cypriots and Greek Cypriots that took place in the UN’s “Protected Area” at the disused Nicosia airport on 3 September.

“Paintings and recordings will be prepared for an exhibition which will be open to the public in due course.”

Over 200 artworks were handed over to the Greek Cypriot side, some said to be of “great value”, reports said. They had been left behind following Turkey’s military intervention in 1974 and kept for safekeeping by the Turkish Cypriot side ever since.

The visual and audio recordings made by Turkish Cypriots had been stored by broadcaster CyBC.

In a separate statement, President Mustafa Akıncı expressed his “happiness” stating that the mutual exchange “carried out in good faith” was “extremely important in terms of bringing the two communities closer”.

Mr Akıncı thanked members of the Technical Committee on Culture and others who “contributed to the process”.

Writing on Twitter Androulla Vassiliou, co-chair of the committee, wrote: “We are v. thankful to the UN for facilitating the exchange between the GC and TC members of the Bi-Communal Com. on Culture, 219 works of art belonging to GCs and audiovisual recordings of the CyBC relating to TC artists& journalists. Great achievement for all of us!”

Of the 83 CyBC recordings given back to the Turkish Cypriots, 69 were visual and 14 audio, Mr Kanol was quoted as saying by the TRNC daily Kıbrıs.

The recordings dated to the period before 1963 and covered national holiday celebrations, factory openings, the opening of Parliament, folk dancing displays, festivals, music, sketches, women’s organisations’ activities, a reception and village visits by the late Turkish Cypriot leader Dr Fazıl Küçük, the opening of Lefkoşa’s Saray hotel and a football match between Turkey and Cyprus.

“We didn’t even know that most these [recordings] even existed,” Mr Kanol said. “This is a serious archive for us. Copies will be given to the National Archives and to [TRNC state broadcaster] BRT.

“The National Archives are open to the public, so researchers will also be able to benefit from this.”

Work was also ongoing to secure the return of recordings from the period 1963-1974, Mr Kanol added.