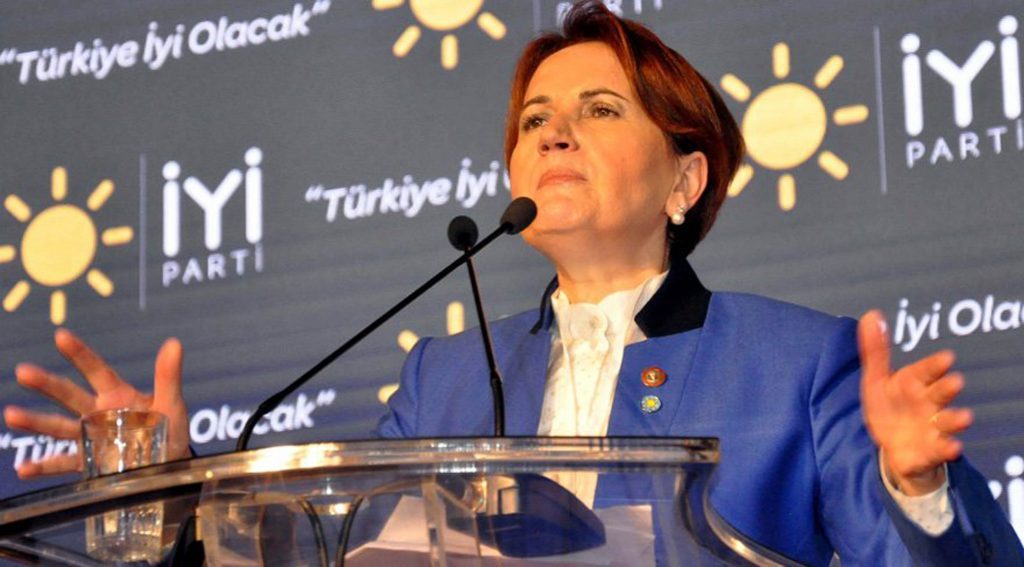 On Wednesday, 25 October, popular politician Meral Akşener declared “Turkey will be good,” as she pledged to heal Turkey’s democratic deficiencies during the launch event for her new centre right İyi Parti (Good Party). The former Turkish Home Affairs Minister has the support of five existing MPs and is expected to attract support from a wider voter base including nationalists, secularists and religious conservatives.

In her first address as Good Party leader in Ankara, 61-year-old Akşener said she believed that Turkish democracy is “under threat” and claimed that, “Turkey and its people are tired, the state is worn down, and public order is unravelling. There is no way other than the changing of the political atmosphere.”

Pointing to growing fears about political interference in the Turkish judiciary, Akşener said “Politically driven court decisions are even more dangerous than the enemy’s bullets. We will not allow politics to take control of the justice system.”

She added, “Media should not be under pressure. Democratic participation, a strong parliament and the national will are irreplaceable. We will democratise the law on political parties in the light of contemporary democratic principles and the criteria of the Venice Commission.”

The Good Party has been positioned as pro-European, secular but nationalist conservative party. Unveiling its new logo and party manifesto at the launch, Akşener said its main aims are to:

From history teacher to political leader

Born in İzmit, 53 miles outside of Istanbul, Akşener graduated with a history degree from Istanbul University in 1979. She worked as a teacher for three years, before taking up a post as a university researcher. After completing her doctorate at Marmara University, she headed up the History Department at Kocaeli University.

Married with one son, Akşener became a member of the True Path Party (Doğru Yol Partisi, DYP) in the early 1990s. She was returned as a DYP deputy for two terms, and was appointed Home Affairs Minister in November 1996 when her party formed a coalition government with Necmettin Erbakan’s nationalist Islamist Refah (Welfare) Party.

She switched to the Nationalist Movement Party (MHP) in 2001, where she remained until her expulsion in September 2016. She had served continuously as an MP for MHP from 2007 to 2015.

Often referred to as Turkey’s new “Iron Lady”, Akşener came to prominence in recent years after mounting a leadership challenge against incumbent Devlet Bahçeli, accusing him of weak leadership and propping up Recep Tayyip Erdoğan. Her well-publicised spat with Bahçeli cost Akşener her place as an MP, as the party refused to select her as a candidate for the November 2015 General Election.

Her frustration at Bahçeli’s refusal to cede power in spite of poor showings at the ballot box was shared by other members of the party. Several other MHP MPs also tried to oust their leader, but they too were subsequently expelled from the party.

The Good Party’s first meeting took place at the Nazım Hikmet Cultural Centre, a council-owned building in Yenimahalle, Ankara. The CHP-led Yenimahalle Council came to the rescue, offering the new party a large communal space for their launch after multiple hotels and convention centres in the capital refused to host them.