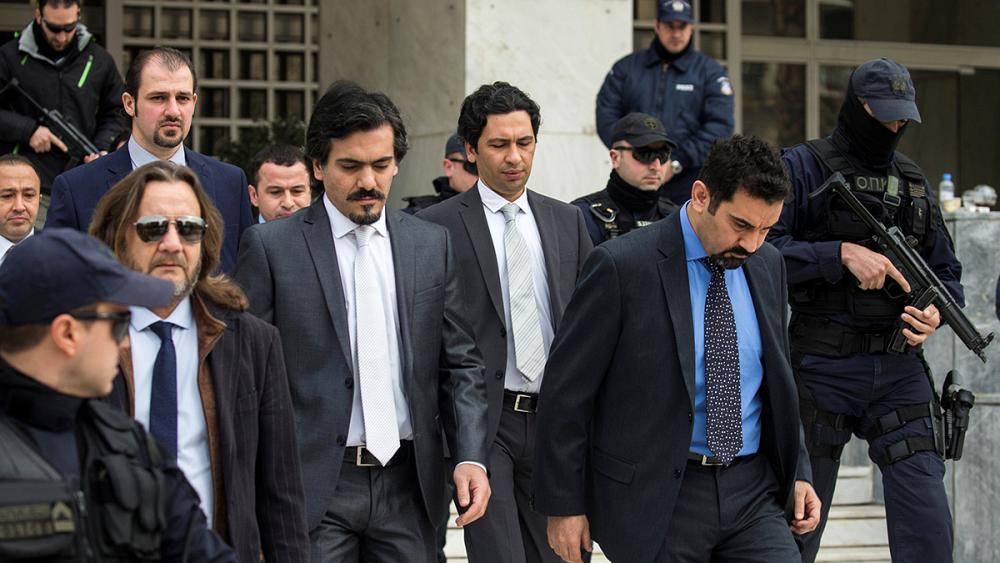 Turkey’s domestic battle against multiple terrorist groups is being thwarted by its Western allies. Since 2007, Ankara has secured the extradition of just 12 of a possible 448 terror suspects currently residing in Europe.

According to a report in Turkish daily Sözcü, most of those wanted by Turkey are accused of being members of the PKK, a Kurdish terrorist group. The PKK are behind dozens of attacks on the Turkish military and civilians that have resulted in the deaths of thousands of people. To date, EU member states have extradited just 7 of 223 PKK suspects wanted by Turkey.

Ankara has also issued arrest warrants for 16 FETÖ suspects in Europe. Once a former AKP ally led by reclusive cleric Fethullah Gülen, the group’s status was revised and added to Turkey’s list of terrorist organisations after being accused of masterminding last summer’s failed coup attempt. Yet only two FETÖ suspects have been handed back to Turkey, both from Romania.

The Turkish authorities has also demanded the return of 114 members of various militant left-wing groups, such as DHKP-C (58 wanted persons), MLKP (8 wanted), and DEV-SOL (16 wanted). To date a single member of TKP/ML (32 wanted) was returned to Turkey to face charges.

A further 95 people are wanted by Turkey on terrorism charges, bringing the total number of arrest warrants for suspects in Europe to 448.

Europe returns less than 3% of all suspected terrorists to Turkey

Sözcü’s Feb. 1st article, penned by Zeynep Gürcanlı, included a breakdown of European countries and the number of extradition requests made to each by the Turkish authorities.

To date Europe has granted less than 3% of Ankara’s extradition requests, with Romania being the most co-operative, and Greece, Germany and France among the worst.

Gürcanlı compares this with Turkey’s track record: during the same 2007-2016 period, European governments requested the return of 854 suspected criminals. Of these, the Turkish authorities granted 333 – that’s two in every five requested by Europe.

The stark contrast was brought to light in a recent case involving Greece. Where Turkey has handed back 23 of 54 suspected criminals to its NATO ally, the Greek authorities have failed to grant a single extradition request in the opposite direction, including that of eight suspected FETÖ members.

The case, followed closely by the international media, ran through the Greek justice system and ended up with a ruling by its Supreme Court on 26 Jan. to block the extradition of the eight servicemen to Turkey.

The air force soldiers – wanted in connection with last summer’s failed coup attempt – had fled to neighbouring Greece in a helicopter in the early hours of 16 July 2016. There they requested asylum, denying any involvement in the coup plot. They have been in police custody ever since.

Arrest warrants were issued by Turkey, which accused the eight men of being a member of terror group FETÖ, seeking to overthrow parliament, placing civilian life at risk, and stealing military equipment.

In their decision, the Greek Supreme Court judges relied upon the European Treaty on Extradition, to which Turkey is also a signatory. The Treaty excludes the extradition of people suspected of political or military crimes. Similarly, Greece also has the right to refuse extradition if the crimes are punishable by death.

Following last July’s coup attempt, President Erdoğan has frequently said he would be happy to see the return of capital punishment, a move that seems equally popular amongst the Turkish public and ruling AKP government.

Greece is also bound by the terms of the European Convention on Human Rights and as such, it cannot return the officers if they are at risk of ‘torture, execution or inhumane treatment or serious bodily harm’ in Turkey. In addition, Article 6 of the Convention states the men may not be extradited for legal process unless they are assured of a fair trial.

Since last summer, thousands of Turks have been arrested, with many complaining to their lawyers and local and international human rights groups of being systematically tortured. Under the state of emergency declared by the Turkish government, over 100,000 people have also been suspended or dismissed from their jobs, including judges, prosecutors and police officers. The climate has been likened to a witch hunt with very few confident in the impartiality of the country’s justice system.

“Germany is the country where most terrorists are hiding.”

Independent legal opinions also came down on the side of the Greek Supreme Court’s decision, whose ruling is final and cannot be overturned by the Greek government. Yet this did not placate Ankara, which was furious with the verdict.

In response, a lengthy statement issued by the Turkish government on 30 Jan. slammed European governments for their stance on terror suspects. Releasing statistics detailing how many extradition requests Turkey had granted versus those of EU member states, it specifically called out Greece, Germany, and Belgium for failing to cooperate, claiming “Germany is the country where most terrorists are hiding.”

While the PKK is on Europe’s list of banned groups, its supporters openly promote the group across the continent, with Germany and Belgium at the centre of many PKK activities. Last August, a court in Brussels ruled that the PKK’s recruitment activities in Belgium could not be considered within the scope of terrorism, a decision condemned by Turks worldwide.