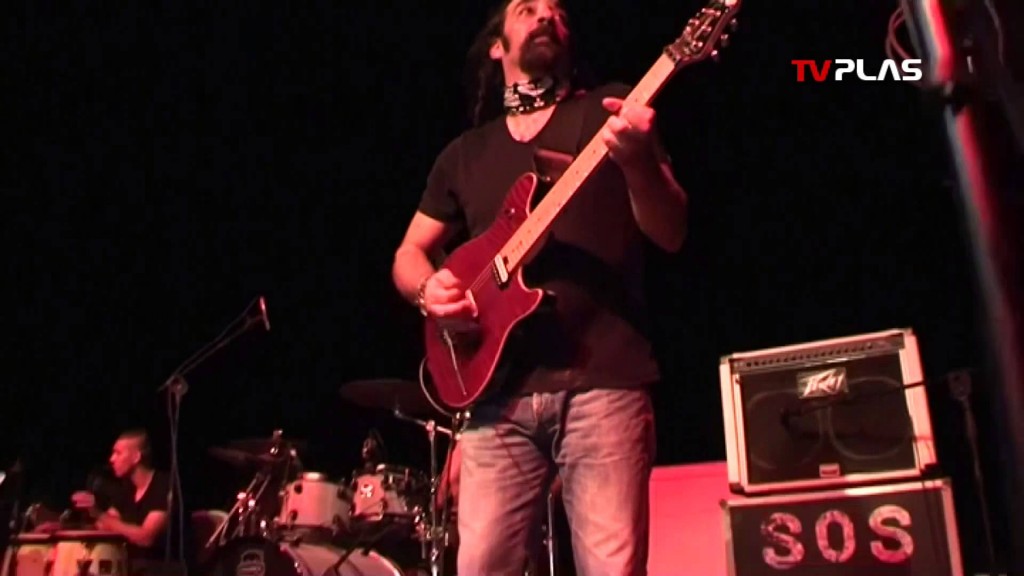 Two of North Cyprus’ best loved artists will be performing in a special double-bill at Cyprus Garden in East London. On Sunday 20 March, veteran rockers Grup SOS will make their debut appearance in Britain, taking to the stage with folk-rock singer Arif Edizer in what is sure to be a sell-out concert.

Both Grup SOS and Edizer are renowned for their conscious music and promotion of peace in Cyprus. The two have increasingly performed together over the past few years at festivals and political rallies, delivering crowd-pleasing hits such as Ben Bafliyim Güzelim (I’m from Paphos My Darling) and Ben Yoruldum Hayat (I’m Tired Life) and Islak Islak (Wet Wet).

The word “legend” is apt for Grup SOS. Formed in 1987 by a group of friends from Güzelyurt, in the TRNC’s northwest, they started life doing covers of international rock hits, particularly those with a socially conscious theme. They quickly became a firm favourite in bars and clubs around North Cyprus. However, limited earnings from these types of performances forced them to take a more pragmatic approach to their music careers. By expanding their repertoire to also include popular Turkish music, they opened the door to better paid commercial work from weddings and community events, which in turn sustained their living as full-time musicians, and broadened their fan base.

For a time, one of the band members was Kemal Dürüst, who is better known these days as a member of parliament for UBP and the current Education Minister. In the main however, the band composition remains comprised of its original members, their longevity drawing in fans from across the Turkish Cypriot Diaspora and Turkey where Grup SOS regularly plays. They have also appeared before huge crowds in their native Cyprus, particularly in the run-up to the 2004 UN Annan Plan referendum, where rallies could attract up to 80,000 people.

Their guest vocalist in London will be Paphos-born Arif Edizer. A former leader of Lapta Municipality, Edizer’s rich vocal tones and powerful stage presence have made him a sought-out entertainer and a regular on the TRNC community festival circuit. Last year, he was asked to sing the specially-composed Akıncı Marşı that was played at Mustafa Akıncı’s political rallies during his successful Presidential election campaign.

Grup SOS and Arif Edizer’s musical march continues straight into East London. Their concert will be televised live by Kıbrıs Genç TV. Expect a raucous night when an audience several hundred strong join in the celebrations of the music from their Cypriot homeland.