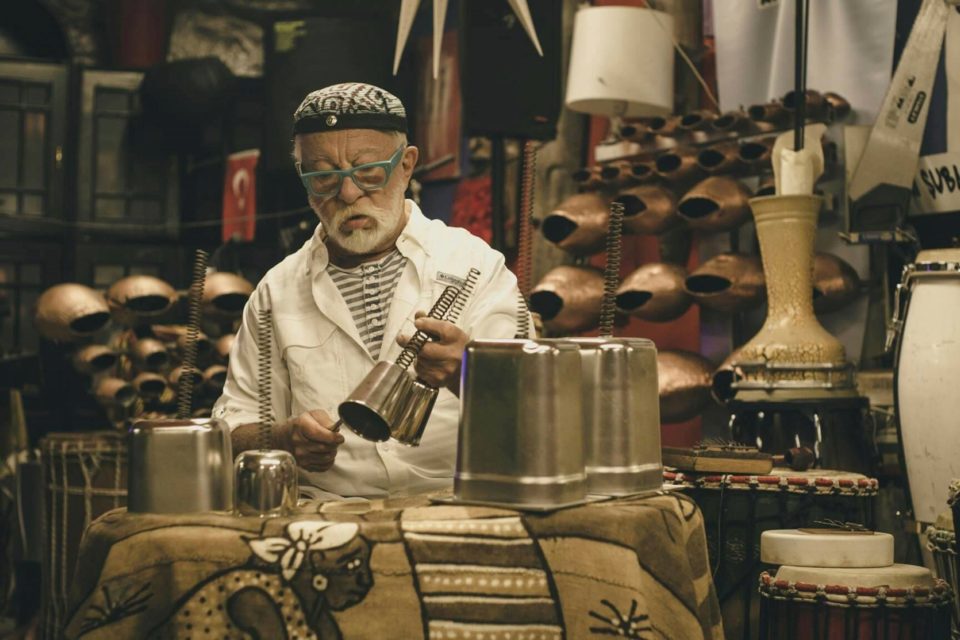 Okay Temiz is a musical icon who has been at the forefront of multi-cultural music, blending European instruments with their Turkish counterparts to create a unique joyful synthesis of the two. This summer, he brings his awesome sounds to London.

Born in Istanbul in 1939, Temiz was influenced by his mother, Naciye, who was classically schooled in music. He studied percussion at the State Conservatoire of Classical Music in Ankara, and later at the Tophane Art Institute, learning to build his own unique instruments.

Playing professionally since 1955, he founded his Oriental Wind Ensemble in 1974, with members playing Turkish instruments such as ney and gayda, zurna, kaval, ud, saz, and sipsi. For some performances his mother joined the group, and he always featured Turkish musicians in order to help them gain international recognition.

In 1991, he released Fis Fis Tziganes, with a group of gypsy musicians from Istanbul, and Green Wave (1993). With Magnetic Band (Ano Kato, 1995), he added South African rhythms to his palette. Kuzeyden Güneye Yansımalar [‘Reflections from North to South’] included new compositions by Temiz, which were also recorded with the Izmir State Symphony Orchestra, producing a CD called Kutlama [‘Celebration’] made specially for the 75th anniversary of the Turkish Republic.

Based in Turkey, Temiz maintains a very intense schedule of teaching and performing, often guesting in the most prestigious orchestras or creating his own projects that feature his own special instruments, like the hand-made copper drums, the Magic Pyramid, and Artemiz made with camel and sheep bells.

Seeing Okay Temiz live is an experience like no other, after a career spanning more than fifty years. Catch him and the Oriental Wind Ensemble at the Jazz Café this August, with added musical flavours on the night courtesy of DJ Deborah Ipekel.