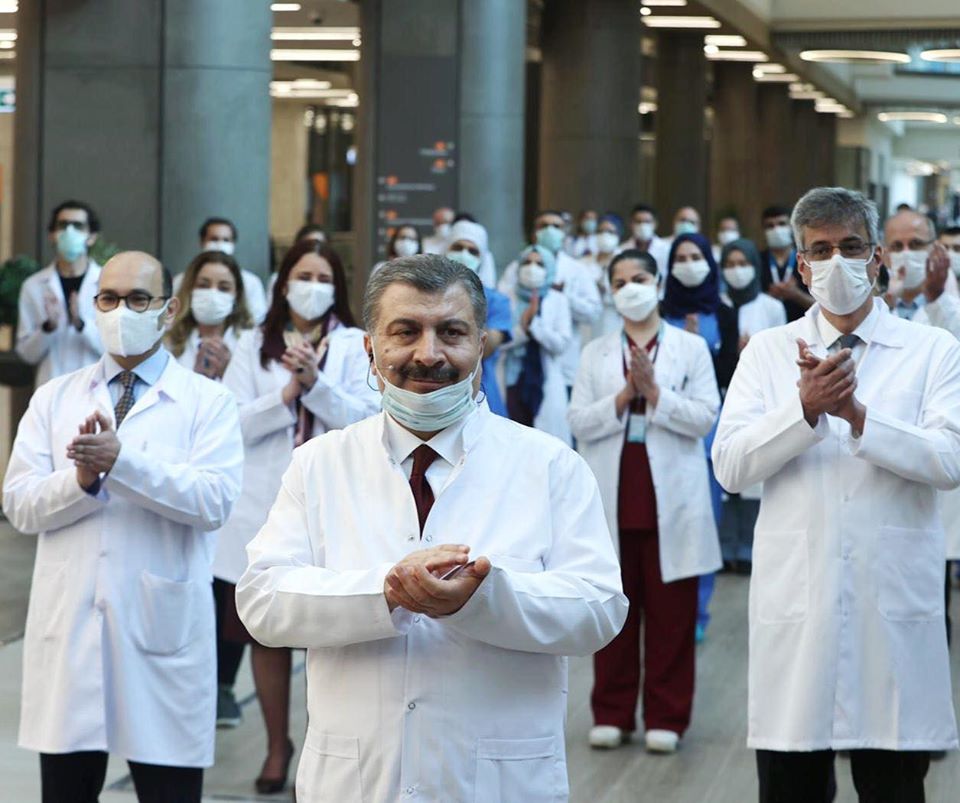 The Turkish government provides free universal health care, and made early investments in its health care infrastructure that are paying off now.

Our efforts and strategy have been central in turning the tide. The number of new cases of coronavirus has decreased significantly in recent few weeks to its slowest pace since the first case was confirmed in Turkey in early March, with recovery rates and daily hospital discharges are now far exceeding new cases.

But some critics continue to pound President Recep Tayyip Erdoğan for his “mishandling” of the crisis. So, let’s review the facts.

The reforms and investments we have made make healthcare more accessible to more people.

Turkey has invested in its health workforce and built new hospitals, with plans underway, predating COVID-19, for 10 new hospitals across Turkey’s densest urban areas. As a result, we have not experienced the same kind of overwhelming pressure on our health system that has hobbled other countries.

We also rank among the top five nations in the world in our rate of testing. We recognise that means our infection numbers will be high for a period of time — because there is a direct correlation between more testing and more positive cases, that’s no big secret — but there’s also no responsible way to get this under control without mass testing.

To cushion the blow to businesses and households, the government has postponed debt payments and reduced taxes, and is providing 36-month fixed interest rate loans with deferred payment to all businesses. It is also providing direct financial assistance to families in need. After announcing a 100 billion liras ($14.7 billion) support package for businesses, we are also planning to make it easier for the sovereign wealth fund to take over private companies in distress. The critics conveniently ignore these facts.

Turkey cares for its most vulnerable citizens

In Turkey, the police officers visit the homes of the elderly and ask them what they need and shop for them to keep them safe from going out and catching the virus.

THIS IS WHAT YOU CALL TO PROTECT AND SERVE.

THIS IS WHAT YOU CALL HUMANITY ❤ pic.twitter.com/ytwpV0k5Kp

Turkey is one of the few countries in the region to offer universal healthcare, as a result of significant time and money spent overhauling its national health service since 2003.

As the New England Journal of Medicine noted, we embarked on an “ambitious health system reform to overcome major inequities in health outcomes and to protect all citizens against financial risk. Within 10 years, it had achieved universal health coverage and notable improvements in outcomes and quality.”

Turkey was one of the first countries to limit and eventually ban travel with nations impacted by the virus. We started screening passengers for symptoms as soon as they arrived at our airports and subsequently halted all travel.

We did not discriminate against people based on their country of origin, we aim to protect all within our borders from the disease.

We encouraged many Syrian refugees who were waiting at the border with Greece to return to Turkey in order to prevent an outbreak of coronavirus among them. We took precautions in the refugee camps and among the camps housing internally displaced people in northern Syria.

“No country should be left alone in this fight”

Despite our resources being stretched combating the coronavirus, we also recognised the need for a collective effort against this deadly disease and that no country should be left alone in this fight.

Turkey has sent medical supplies to many countries, including Italy, Spain, Iran, Kosovo, Bosnia, Serbia, Montenegro, Britain, North Cyprus, and North Macedonia, among many others.

When the European union has abandoned Italy and Spain while other countries seized aid packages were sent to them, Turkey is giving hope and showing the meaning of humanity.
İyki varsın türkiye.#COVIDー19 #Turkey #Italy #Spain #coronavirus #PPE #HumanityOverEconomy #StayHome pic.twitter.com/dzmbrRDGpS

We paid special attention to our at-risk elderly citizens. We implemented restrictions on the movement of anyone over the age of 65 for their own safety, and safeguarding them by making sure all their needs were met by local authorities.

Turkey went even further by caring for its street animals. All this was guided by President Erdoğan’s clear instructions and continuous emphasis on a humane approach in meeting this challenge.

Examining Turkey’s response to the COVID-19 pandemic is important, and Turkey’s ability to manage this in the right way matters.

Turkey is the crossing point between Europe and Asia, it borders Iran — where dire concerns over the virus remain, and Istanbul is home to one of the world’s largest and busiest airports.

All governments ought to be ready for scrutiny over their handling of the crisis. It is also important to start thinking about what went wrong and what can be done to prevent such an outbreak in the future.

Guest writer Fahrettin Altun is Turkish President Recep Tayyip Erdoğan’s communications director. A variation of this opinion piece also appeared in The Washington Times on 19 May 2020.