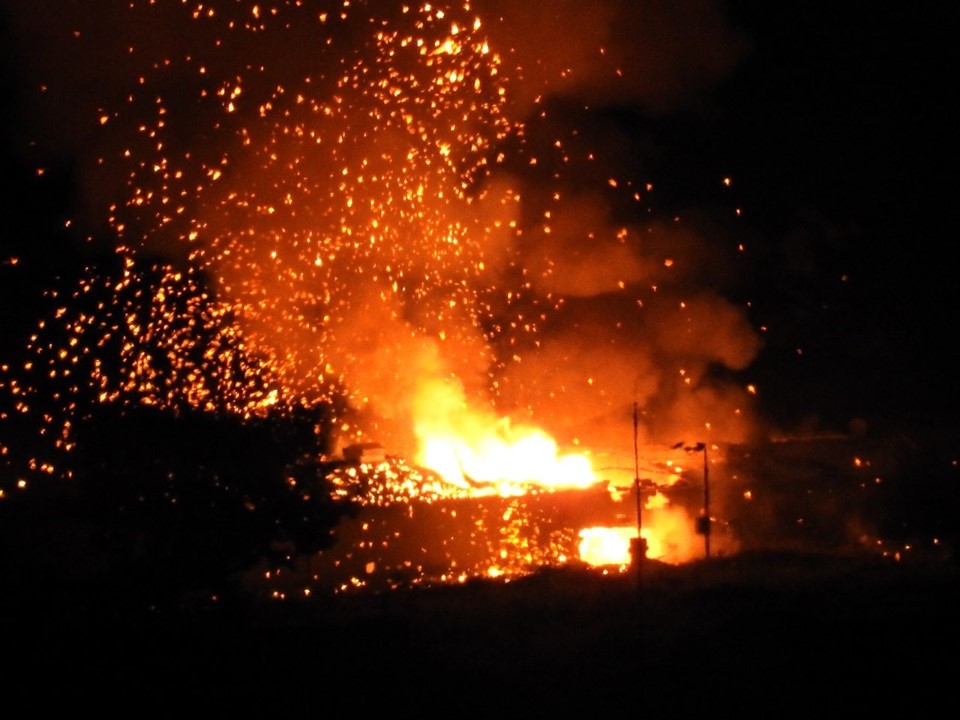 A late-night fire on an army base by Kyrenia, on the northern coast of the Turkish Republic of Northern Cyprus (TRNC), spread to a munitions depot, caused a series of huge explosions that could be seen and heard for miles.

The blasts caused extensive damage to the village of Arapköy, where they army base is located, and neighbouring Catalköy, blowing out windows in buildings and vehicles, and showering the local area with shrapnel and debris. Miraculously no one was killed and there have been no reports of any serious injuries.

Emergency services were on site quickly after the explosions were first reported around 2am local time. Police and military personnel helped clear the area of its residents and tourists as a precaution.

By morning, the blaze had been brought under control and an investigation is underway into the cause of the fire and blasts.

Explosions at nearby army base: see footage at 2.27 as blast hits the camera

Residents and holidaymakers were allowed back to their homes and hotels later in the day. However, the Transport Minister Tolga Atakan, speaking live on national broadcaster BRT this morning, urged the public to be careful when travelling through the area, because the blast is likely to have spread explosive remnants across a large expanse of land.

“Foremost to the local community, but also to the whole nation I wish a speedy recovery. We are extremely fortunate that there has been no loss of life. As the day develops, the reality of the situation becomes ever clearer. It’s clear we’ve overcome a major disaster, ” the minister said.

Explaining that not all roads in the region would immediately open, Mr Atakan warned “there is [a risk from] unexploded ammunition that has spread across the local area. Citizens should exercise care and follow warning signs.”

After the blast, TRNC Interiors Minister Ayşegül Baybars said it was “necessary” to move military ammunition sites “away from residential areas”

Acapulco Hotel – one of the worst affected buildings – issued a statement from its owner Ünal Çağıner earlier today, confirming there had been no injuries to staff or holidaymakers:

“We are extremely relieved that no one has been seriously hurt during the explosions of ammunition storage in the Çatalköy area.

“All emergency procedures are applied, and all precautions were taken by a big team immediately after the explosions started in order to keep our hotel guests safe and sound. We made sure that each and every hotel guest was unharmed.”

The hotel was back up and running earlier today.

The TRNC Interiors Minister Ayşegül Baybars told media that urgent work is needed to determine what risks arise from military bases across North Cyprus, particularly those with munitions depots. She stated it was clearly “necessary” to move such sites “away from residential areas”.