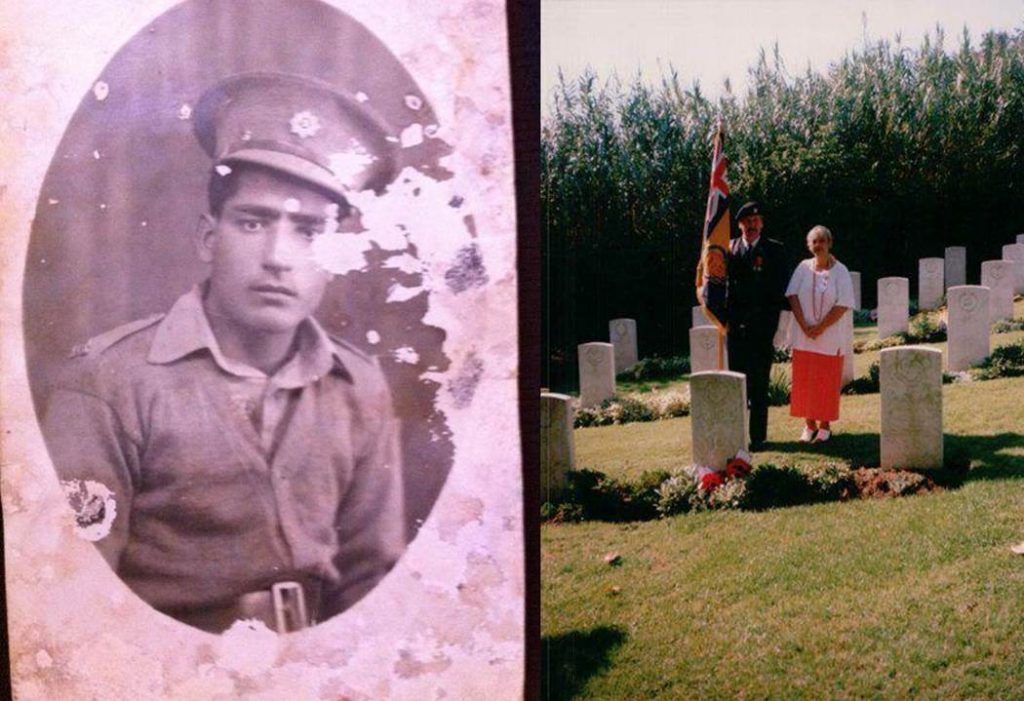 In relation to the recent outcry of the treatment of the Windrush Generation from the Caribbean, racist British immigration policy is nothing new!

My mother was born British in Cyprus when the island was a colony of the United Kingdom. She decided to move to the UK and arrived with her British Passport aged 17, but when she applied to renew this same passport many years later, her application was rejected!

How did she finally obtain a new British passport? By being acknowledged as a British Citizen through marriage to my father!

Sadly this is not the only experience my family has had of the disgraceful treatment of British Commonwealth citizens. My uncle, Hussein Mehmed Ramadan, was a British soldier in the Cyprus Regiment. He fought in World War II and was killed in action on 9 September 1944. He is buried in the Ancona War Cemetery in Italy.

Corporal Hussein Mehmed Ramadan died serving Britain, yet the authorities could not even afford him the courtesy of issuing a death certificate! It was I who (with great difficulty) obtained one for him 50+ years later!

Shame on you UK Governments, past and present!

Pictures above © Tina Kemran of her uncle Corporal Hussein Mehmed Ramadan and his grave at Ancona War Cemetery, Italy.