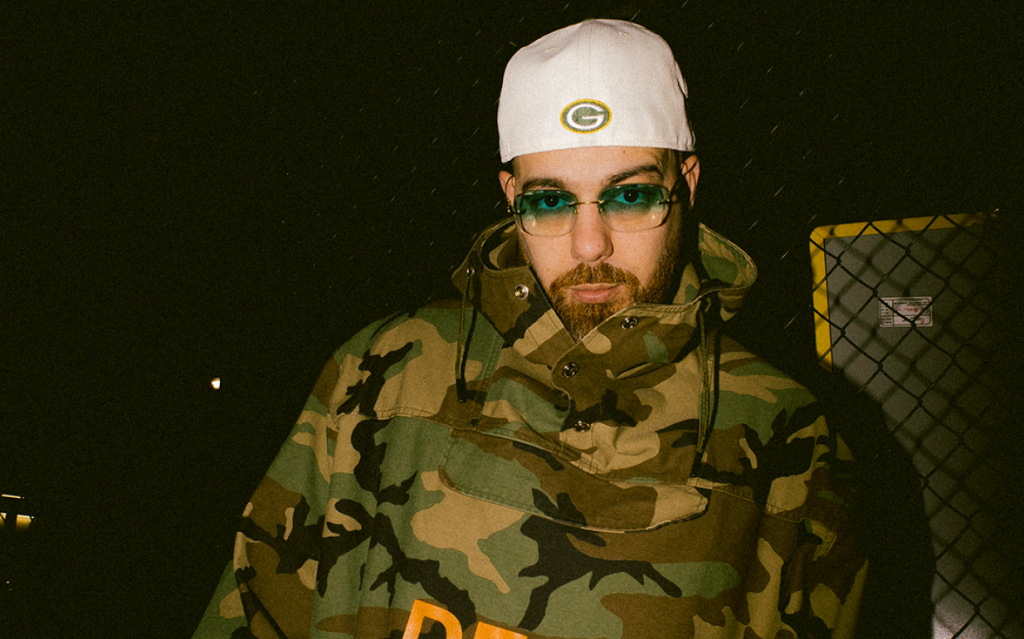 Önder Doğan, better known by his stage name Murda, is a leading Turkish- Dutch rapper and songwriter whose songs have featured in the top 5 of the Netherlands’ musical charts. The artist received even greater recognition followed his collaboration with fellow Turkish rapper Ezhel on the album Made in Turkey (2020).

Murda, now aged 38, was born in Amsterdam-Noord. His parents were active in theatre and when he was young, they moved to Madrid, where Doğan attended an international school. From there, he moved to Istanbul during a difficult time for his family. Doğan discovered hip hop through his cousin.

After his return to the Netherlands, Doğan went to live in Eindhoven. He started to write and record music with Fresku among others. Later he and his group, Militant Union (duo with R. Kay) participated in the Grand Prix of the Netherlands.

He met SpaceKees In a coffee shop, going on to record songs together. SpaceKees also invited Murda to be a backup MC for his tour with Jiggy Djé.

The Turkish rapper went on to release his debut EP, entitled Turkish Pizza, on the Noah’s Ark label at the beginning of 2008. The EP was produced by SirOJ, and included contributions from SpaceKees, Jiggy Djé, Heist Rockah, Willie Wartaal and Vieze Fur. The outro of the album was provided by the comical rap duo Youssef and Kamal.

Murda also made his acting debut in 2010, in the film Gangsterboys. In it, he plays the leading role of Mahmut, alongside fellow rapper Yes-R (as Apo). In the same year, he released his first full length album called De Kassier (Een Monnie Album), together with FS Green.

The album was also released on the Noah’s Ark label, which led to Murda being nominated for multiple awards. He ended up winning Best group with Hef for their duo Bang Bros.

After a long absence and his renewed contacts with members of the Lefensmen and rapper Bokoesam, Murda released the EP Goeie Dingen, with guest appearances by some Lefensmen and those on the Noah’s Ark label.

Murda went on to release a single every month during 2015, which were all collected on the album We Doen Ons Best.

He released a hit with Ronnie Flex, ‘Not Like’ in 2016. Over the next few years, Murda’s collaborations would cross-over into the Dutch charts, including his track Shutdown (2018), which featured SFB and Spanker, and Rompe (2019) feat. Priceless and Frenna.

Internationally, he scored in 2019 with the single “Boynumdaki Chain” and then the chart-topping hit “Aya”, both featuring Ezhel. Murda has gone on to score many other big hits with Turkish artists, from fellow rapper MERO to pop star Hadise.

Next year, Murda takes his new music and tracks from his new solo album DOĞA on the road across Europe that will see his tour venues from Rotterdam to Istanbul.

You can catch this leading European rapper live at the Brixton Academy on 4 February.