Looking through the lens of the ‘Eye of Istanbul’ 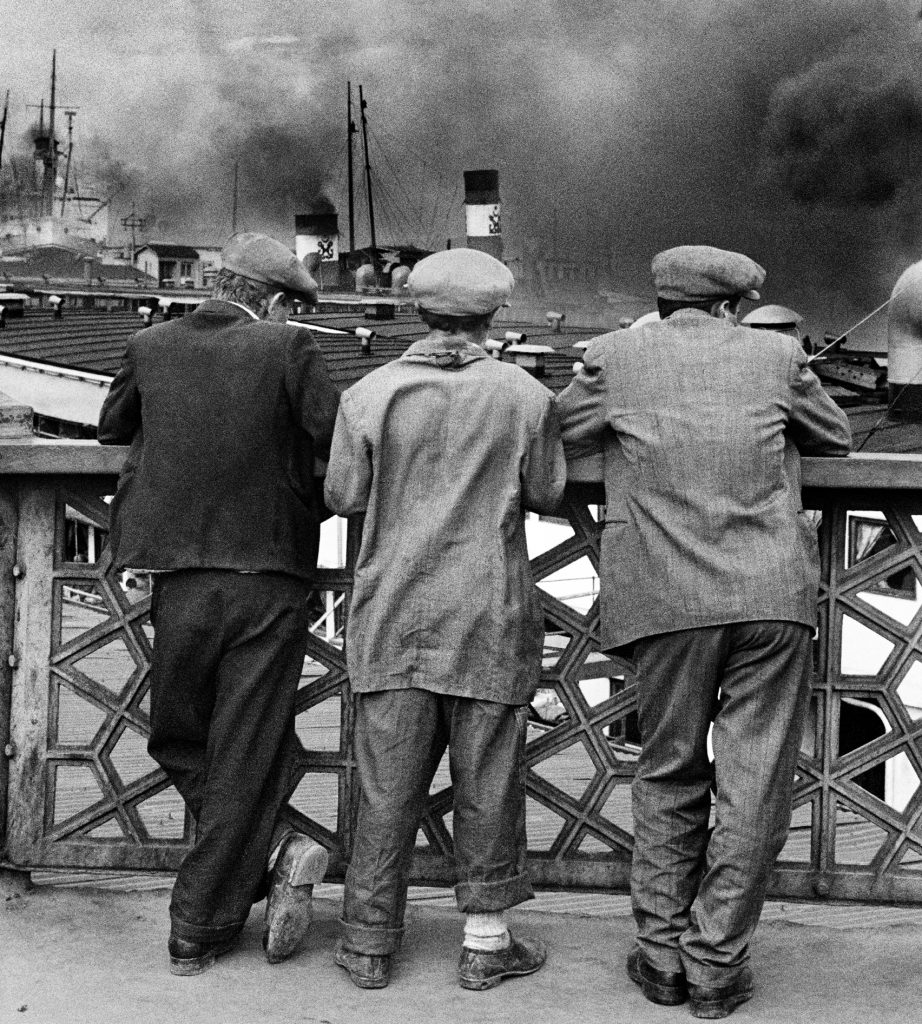 The passing last year of Ara Güler, one of the greatest photojournalists of our time, at the age of 90 was mourned worldwide. His talent for documenting the people and places around him earned Güler many accolades. Today, his incredible archive bears testament to a bygone era and the huge transformation Turkey has undergone, immortalising in the public’s collective cultural memory the evolution of this extraordinary country.

Inspired by his family interest in photography, Güler turned professional in the late 1940s. During a long and prolific career, he captured Istanbul’s working class, their traditions and habitats, along with the city’s cultural sights and key events, earning him the nickname ‘the Eye of Istanbul’.

Of Armenian heritage, Güler was born in Taksim in 1928. His family roots in the city date back centuries: “My mother was from a family who resided in Istanbul for 400 years. Can you imagine? That means her forefathers saw Mehmet the Conqueror [who conquered the city in 1453] and all,”  Güler told Turkish war correspondent Coşkun Aral in a documentary.

The legendary photographer bore witness to another era: “The [Turkish] Republic was five when I came to this life,” he said in the same documentary.

He had hoped to be an actor, but discovered his calling in photography while studying economics at the University of Istanbul. He started working at Yeni Istanbul newspaper in 1950 while still a student, and later headed the photography department at Hayat Magazine.

His big break came in December 1958, when the American magazine group Time Life opened an office in Istanbul and hired Güler to cover the Near East region. As his international profile grew, so too did the commissions; Stern, Paris Match and the Sunday Times were among Güler’s regular clients.

News agency Magnum Photos invited Güler to become one its elite members, going on to publish his photos worldwide. In 1961, he became the first Turkish member of the American Society of Magazine Photographers (ASMP). The following year, he was crowned ‘Master of Leica’ in Germany and featured in a special issue of Swiss Camera Magazine, one of the world’s leading photography publications.

His photos of famous Turkish landmarks, such as the Hagia Sophia and sixteenth century architect Sinan’s iconic buildings, have been used in multiple books published abroad. However, it is his earlier work shooting Istanbul, depicting the essence and charm of this fabled city, for which he is most adored by his fellow Turks.

Writing the foreword to the book Ara Güler’s Istanbul, Nobel Prize winning author Orhan Pamuk said: “Ara Güler’s Istanbul is my Istanbul…The Istanbul of the 1950s and 1960s – its streets, pavements, shops and dirty, neglected factories; its ships, horse carts, buses, clouds, private taxis, shared taxis, buildings, bridges, chimneys, mists and people; and the soul in all these things, so difficult to recognise at first sight – is nowhere as well documented, preserved and protected as it is in the photographs of Ara Güler.”

According to fellow photo journalist Haluk Çobanoğlu, Güler took photos of ordinary people at a time when there was little interest in the downtrodden lives and environment of everyday folk: “He saw that this Istanbul and these people would soon disappear, and he documented them.”

Güler was right. Today, these black and white images offer a dreamy, nostalgic view of a world long-gone: of coal-powered ships, horse and cart drawn along cobbled streets, shipping yards on the Bosphorus, and wooden buildings that served as homes and shops for Istanbullus. His snapshots inspired generations of photographers to do the same.

In April, a retrospective of Güler opened at the Saatchi Gallery in London, marking the start of a one-year global tour that also takes in Paris, Kyoto, New York, Rome and Mogadishu.

Çobanoğlu also explains the global influence Güler had on his profession. He told Glober Magazine, “[Güler] broadened the field of portraits. Whilst zooming into his subject he would use a wide frame to also capture their surroundings. Before that, portrait photographers wouldn’t really try that because a wide lens can mess up the photograph. But Ara, for instance, shows us what kind of place Dali inhabited and where he worked.”

At the end of May, Istanbul Modern launched a new exhibition titled Two Archives, One Selection: Tracing Ara Güler’s Footsteps in Istanbul. Housed in its Photography Gallery, this collaboration between the Istanbul Modern and the Ara Güler Museum draws on the collections of both institutions to demonstrate the significance of Ara Güler’s photographs in shaping the public’s perceptions of the city past and present.

The exhibition runs until 17 November 2019. Catch it if you can. More details are available from W: Istanbulmodern.org