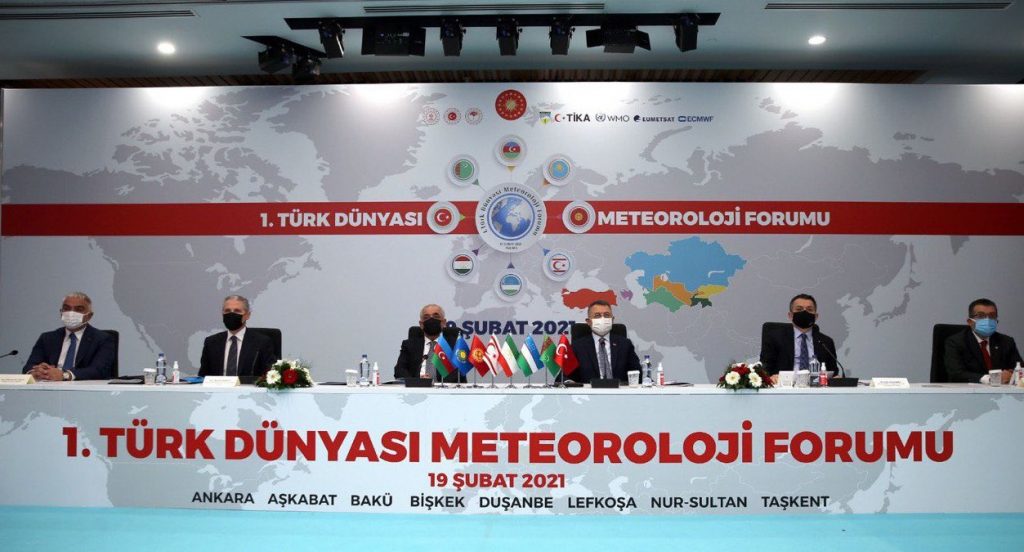 An innovative new forum organised by Turkey’s Meteorology Department brought together representatives from eight Turkic states, so they can collaborate better to combat common problems, such as climate change.

The inaugural Turkish World Meteorology Forum was hosted in Ankara on 19 Feb. 2021 by Bekir Pakdemirli, the Turkish Agriculture and Forestry Minister.

The event was attended virtually by representatives from Azerbaijan, Kazakhstan, Kyrgyzstan, Tajikistan, Turkey, the Turkish Republic of North Cyprus (TRNC), Turkmenistan, and Uzbekistan.

Alongside the politicians were representatives from the meteorology departments, disaster response teams, and those working in natural resources, transportation and agriculture from each of the eight countries, reflecting a broad range of overlapping areas impacted by the weather.

Remarking on the diverse professionals at the forum, Minister Pakdemirli said:

“This shows that meteorology is connected with all areas of our lives. Today, I call on you to increase our capacity to cope with problems affecting us all, such as global warming and climate change, to contribute to the sustainable development of our region, and to share our opportunities and capabilities.

“I invite you to be one in the field of meteorology, to be big, to be alive, to establish the Turkish World Meteorology Union.”