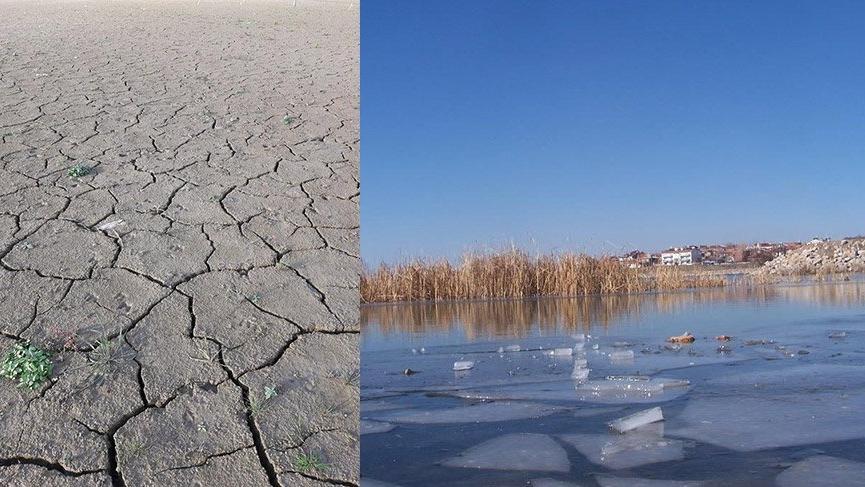 Over a third of all lakes in Göller Yöresi (the Lakes Region of Turkey) have dried out, according to one of the country’s leading conservation experts.

Dr Erol Kesici, a Scientific Advisor to the Turkish Nature Conservation Association (Türkiye, Tabiatını Koruma Derneği, TTKD), claims the huge drought is as a result of destructive human intervention in the Lakes Region, which stretches across the provinces of Burdur, Isparta, Antalya, Denizli, Afyonkarahisar and Konya. The huge area covers inner Anatolia through to the Mediterranean Sea.

“In the last 50 years, over 10 thousand square kilometres of wetland have been destroyed due to human action such as the excessive use of water for agriculture and pollution,” Dr Kesici told the Demirören News Agency.

In the 1960s, Dr Kesici said the Lakes Region had over 70 lakes and measured some 17,000 square meters, making it the world’s largest wetlands. However, more than a third of the lakes have now completely dried out and “the region is not even 5,000 square meters in the summer”.

“We are losing the lakes at this geographical location, which once hosted the world’s biggest wetlands,” wrote Dr Kesici in a report released on World Wetlands Day on 2 February.

Dr Kesici says the problems are not due to global warming or the climate crisis, but human action.

“Wetlands are our museums of natural wealth, the source of water that shapes life”

He claims these wetlands, home to important ecological biodiversity, were drained deliberately because local people did not value the importance of marshlands with their mosquitoes, swamps and frogs:

“The real beauty is our wetlands, in nature. For this reason, our wetlands are our museums of natural wealth. Wetlands are the source of water that shapes life, they serve as [water] storage areas, they feed the underground sources of water.”

Highlighting the drought between Acıgöl and the province of Burdur, “five small lakes there have dried, while six [other] lakes are suffering a huge loss of water,” the conservation expert said.

Dr Kesici also drew attention to the loss of lakes in the southern province of Antalya: “Five lakes around Elmalı and eight lakes in Korkuteli have totally dried up.”

Images of lakes from a 2020 news report in Sözcü newspaper, Göller Yöresi’nde 35 göl kurudu!, which lists the 35 lakes lost in Turkey’s Lakes Region