Photography legends Mert and Marcus honoured at the 2018 Fashion Awards 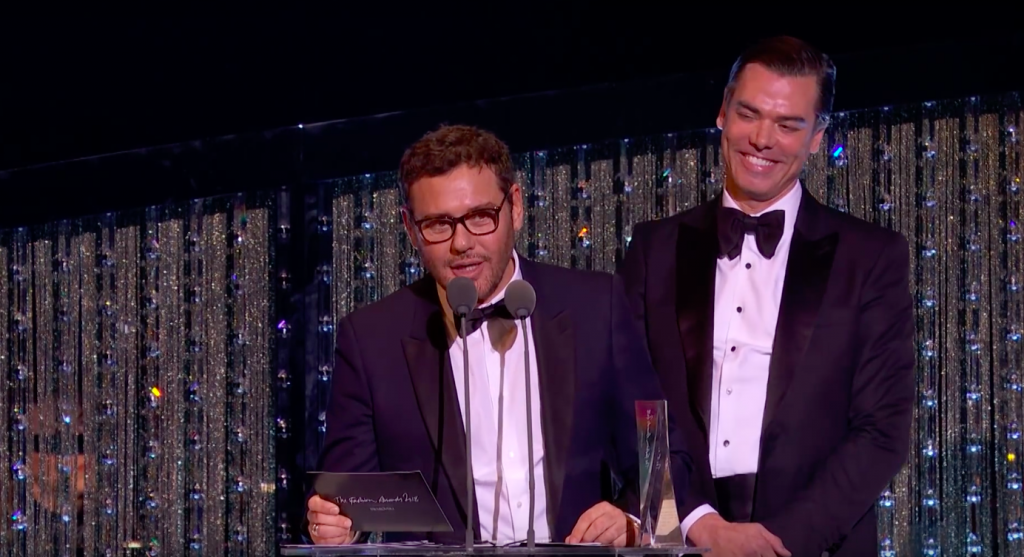 Fashion glitterati gathered at the Royal Albert Hall on Monday night for the presentation of the British Fashion Council’s annual awards to the industry’s best innovators, whose “creativity and imagination have broken new ground in fashion globally over the past 12 months”.

Originally from Ankara, Mert Alaş and his Welsh partner Marcus Piggott are among the most in-demand fashion photographers in the world. During a career spanning 25 years, the two friends have worked with fashion royalty including Christian Dior, Versace, Louis Vuitton and Gucci,their distinctive portfolio blurring the lines between art and promotion to create striking images whose appeal extends far beyond fashion.

It’s this which earned them this year’s Isabella Blow Award, which “recognises the very best innovators and creatives in fashion, celebrating invaluable contributions that have changed the entire fashion landscape.” In a statement released before the event, the British Fashion Council paid homage to Mert and Marcus and explained why they are worthy winners:

“With a discerning eye and incessant drive, the recipient of the Award has brought designers’ creations to life and helped create worlds within brands. Their dedication to the craft has garnered legions of fans and their incredible body of work has already left an indelible mark on the entire industry.”

Mert and Marcus were presented with their award by supermodel Kate Moss and award-winning actress Penelope Cruz, who have both been photographed by the pair. During their thank you speeches, Mert Alaş gave some inspirational tips to those following in their footsteps:

“I want to say to you what I would say to young me: there is no true art without sacrifice. Don’t fear or follow. Make your own rules.”

Other winners included Gucci, crowned Brand of the Year, and British Womenswear Designer of the Year Clare Waight Keller. The artistic designer of Givenchy from Birmingham was presented her award by the Duchess of Sussex whose wedding dress she designed earlier this year.

Virgil Ablah won the Urban Luxe award for his Off-White label, which has redefined the notion of sportswear, and Kaia Gerber was named Model of the Year. One of the most popular recipients of the evening was Dame Vivienne Westwood, who took the Swarovski Award for Positive Change for her efforts to promote sustainable fashion and her activism on climate change.