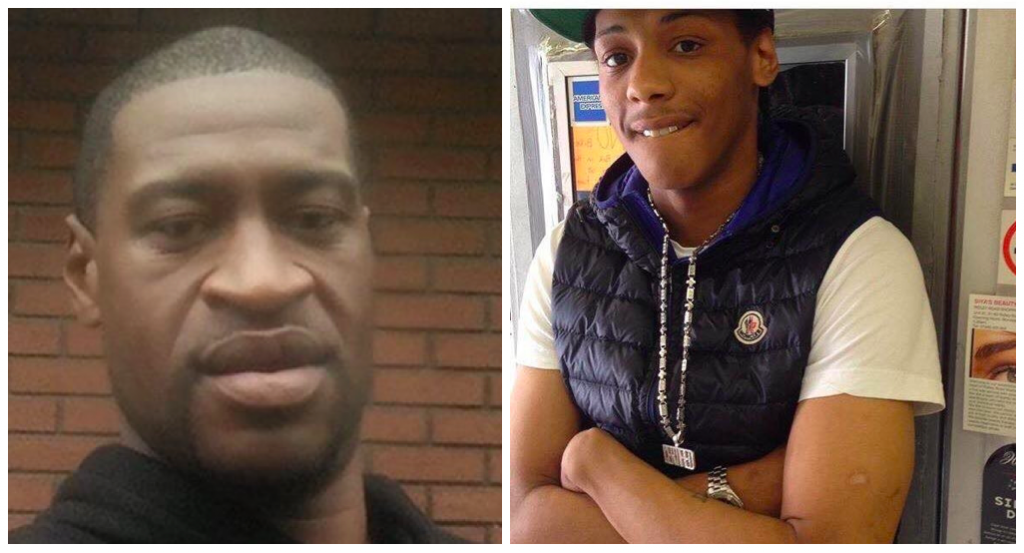 “I can’t breathe”. The last words George Floyd uttered, just before he was murdered in cold blood in Minneapolis, USA.

George Floyd has entered into the statistics of those many killed by this cruel State. Neither his family, nor anti-racists around the world will allow him to be just another American statistic. The cries of “I can’t breathe” will forever remain as a slogan against tyranny, racism and prejudice.

It is difficult to believe that we are living in the 21st Century.

The barbaric killing of George is being protested around the world. In London too, huge demonstrations have taken place. There are more planned despite the coronavirus restrictions.

No doubt racism is going on unabated in the USA. But what about in this country, the UK?

“For UK, tackling racial injustice should begin at home”. These are the words of the UK Director of Human Rights Watch, Benjamin Ward. He goes on to highlight four areas where Britain has to improve: policing, housing, immigration and health.

Since 1990, in England and Wales 183 Black and Ethnic Minority (BAME) people have died in polis custody. Twenty were shot by the police.

Sheku Bayoh in 2015 and Rashan Charles in 2019 died as a result of being restrained by the police. After watching the video of George Floyd’s killing, Bayoh’s sister said that it had brought back memories of her brother.

According to UK-based INQUEST, which is “the only charity providing expertise on state related deaths and their investigation to bereaved people”, BAME people are twice as likely to die as a result of police violence.

Stephen Lawrence, a 19-year-old architecture student was killed in 1993 by racists. Following a huge reaction to his murder, a significant report was published into racism.

21 years have passed since the Macpherson Report. What has changed? Have things improved in the UK? Not a lot.

The statistics in all spheres of life show that racism still significantly affect people. Look at the current coronavirus crises that have shown that BAME people are disproportionally affected by Covid-19, with the death rate among British black Africans and British Pakistanis in English hospitals more than double that of white British, according to the Institute of Fiscal Studies. Few need any report to explain why.

Yet, rejecting claims that “systemic injustice” is the reason why large number of BAME people have died of coronavirus, the Equality Minister Kemi Badenoch claims that “this [the UK] is one of the best countries in the world to be a black person.”

The Macpherson Report labelled the police as “institutionally racist.” The definition offered for this term was:

“The collective failure of an organisation to provide an appropriate and professional service to people because of their colour, culture, or ethnic origin. It can be seen or detected in processes, attitudes and behaviour which amount to discrimination through unwitting prejudice, ignorance, thoughtlessness and racist stereotyping which disadvantage minority ethnic people.”

A lot of residents of Grenfell Tower who perished in that horrible fire on 14 June 2017 were from BAME communities.

In June 2018, Imran Khan, one of the lawyers representing families of the residents who died, questioned whether the terms of reference for the Grenfell Tower Inquiry should be extended to consider the contribution of “institutional racism”. Imran Khan was also the Lawrence family lawyer.

There have been welcome discussions among our British Turkish Cypriot community too, following George Floy’s murder. Social media is full of comments on this issue. Community members have started to question our own community’s racism.

I am especially pleased that many people taking part on social media discussions are young people.

The Facebook group TCCUK (Turkish Cypriot Community in the UK) conducted a 2.5 hours online discussion on the topic, covering the racist attitudes towards people who have mixed relationships.

Speaking from personal experience, the participants on the programme explained the extent of the racism they faced, especially towards those who have black partners. What they said shocked even those of us who thought we are aware of these things.

Ignorance and fear are two factors that are at the core of racist attitude and behaviour. A lot of people will go a long way overcoming their racism once they get to know people they demonise. They will then be able to identify what they have in common, rather than what separates them.

For our part, we must build on the discussions of our own racism. Social Media groups such as Afro Cypriots and TCCUK have so far taken the lead on this. However, the long-established community organisations must be a lot more active than they have so far been.