Review: an exquisite evening with Emre Aracı as we ‘waltzed with Sultans’ 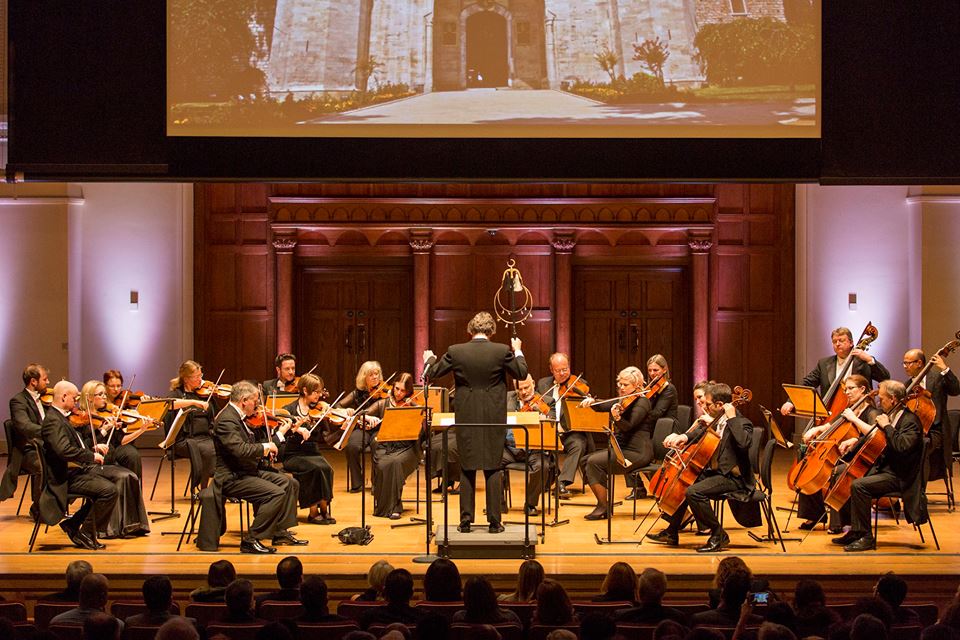 On 27 Nov., Chelsea’s Cadogan Hall played host to an exquisite evening of music celebrating the European classical music traditions of the Ottoman Court. Under the expert guidance of conductor and composer Dr Emre Aracı (one of the world’s leading authorities on Ottoman classical music), the Chamber Ensemble of London performed 12 original compositions in a style not usually associated with Turks.

During the 2-hour concert (see a short clip of it here), organised by the Yunus Emre Institute and the Turkish Culture and Information Office in London, we heard hidden gems from the inner sanctuaries of the Ottoman rulers: waltzes, polkas and marches that had been composed by masters of music resident in Constantinople (Istanbul), as well as members of the Ottoman Imperial family. In between each, Dr Aracı gave a short overview about the piece and the background to its creation.

“who knew how affected the Sultans had been by European classical music, or that they had written such masterpieces?”

The programme opened with Jean-Baptiste Lully’s (1632-1687) grand Marche pour la Cérémonie des Turcs. The prolific Italian-born composer worked in the French court of King Louis IV and is regarded as the father of the Baroque style of music, which was in evidence here. Dr Aracı arrived on stage playing a sistrum-like instrument with bells that kept the beat, in keeping with the traditions of a Janissary (Turkish military) band.

The Turkish Ambassador’s Grand March by W.P.R. Cope, was the second piece. It was written in honour of Yusuf Agah Efendi – the first resident Ottoman envoy to Britain – who arrived in London in 1793. A highly cultured individual, the Ottoman ambassador spoke English, Greek and Italian, and became a regular attendee and host of dinners, concerts and balls attended by English aristocrats and foreign dignitaries.

European classical traditions became more apparent in the Ottoman court with the growing presence of international composers in Constantinople. One of the most important was Giuseppe Donizetti, the eldest brother of renowned Italian opera composer Gaetano Donizetti. Giuseppe arrived in the city in 1828 as the Instructor General of the Imperial Ottoman Music to the military bands and the family of Sultan Mahmud II. Expecting to stay just a few years, he remained until his death 28 years later in 1856 and became affectionately known by Turks as ‘Donizetti Pasha’.

The next two compositions we hear are by the Donizetti brothers, marches dedicated to Sultan Mahmud II and Sultan Abdulmecid respectively. These were followed by the Charles Louis Napoléon d’Albert’s Sultan’s Polka and Callisto Guatelli Pasha’s Marche de L’Éxposition Ottomane, which concluded the first half, where foreign composers had created music for the Sultans.

The second half of the concert was dedicated to compositions by the Ottoman Sultans and members of their family, starting with the delightful Schiarky by Sultan Mahmud II (1785-1839). This was followed by a number of waltzes: Sultan Abdülaziz’s (1830-1876) Invitation à la Valse, Rifat Bey’s (1820-1888) Prière pour Sultan Murad V, and Sultan Murad V’s (1840-1904) Valse en Mi Bémol Majeur. One could imagine the elegant balls of a bygone era, when high culture reigned along the banks of the Bosphorus.

“Waltzes with Sultans: a glorious past that needs to be more widely recognised and celebrated”

The evening concluded with two marches. The first by Fehime Sultan (1875-1929), an Ottoman princess and daughter of Sultan Murad V, who wrote Marche L’Union National, and Burhaneddin Efendi (1885-1949) – the son of Sultan Abdul Hamid II – and his glorious Grande Marche.

Talking to audience members afterwards, it was clear that for many of us the evening was a complete eye-opener. We are used to the wonderful musical legacy of the Ottomans and the east, but who knew how deeply affected the latter-day Sultans had been of European classical music, or that they themselves had written such masterpieces?

Those who believe that the Turks’ fascination with Western culture began with Mustafa Kemal Atatürk and the newly created Turkish republic of 1923 are clearly mistaken. As Waltzes with Sultans demonstrated, it was the Ottomans who seeded a love of European music and culture some one hundred years earlier. It’s a glorious past that needs to be more widely recognised and celebrated.