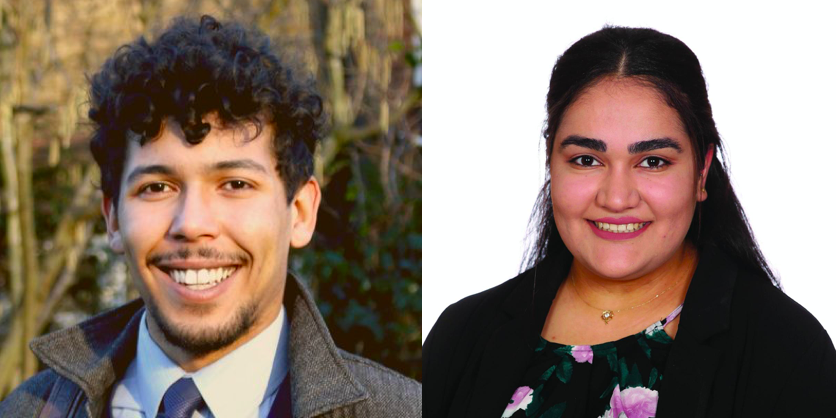 Another Conservative politician in North London has been suspended following offensive comments to a fellow Enfield councillor of Turkish heritage. On Thursday 20 September, William Coleshill, the Conservative member for Bush Hill Park, outraged with his remarks to Labour Councillor Susan Erbil during a debate on education.

Cllr Coleshill said: “When the Erbil family entered this country, did they bring a classroom with them?”

His comments caused uproar in the council chamber and provoked an angry response from Cllr Erbil, whose family roots hail from Turkey. She repeatedly branded Cllr Coleshill a racist, while fellow councillors chanted“shame”and “resign”.

In a bid to quell the angry scenes, Cllr Coleshill withdrew his comments and apologised for the offence he had caused. Ms Saray Karakuş, the Mayor of Enfield who was chairing the meeting, initially accepted Cllr Coleshill’s apology and tried to continue with the debate. However, Labour councillors, including council leader Cllr Nesil Caliskan, refused to accept the apology forcing the Mayor to call a 10-minute recess.

Cllr Coleshill did not return to the chamber after the break. After the meeting, Cllr Caliskan called Conservative leader Cllr Joanne Laban to formally ask Cllr Coleshill to resign as a councillor for his insulting comments.

Cllr Laban responded: “Cllr Coleshill has been referred to the local Conservative Party for his behaviour and comments at last night’s full council meeting with a view to taking disciplinary action.

“Whilst it is right to question the impact of mass immigration on our public services, Cllr Coleshill should have used more sensitive and moderate language and he apologises for any offence he has caused.”

Cllr Coleshill is the second Conservative councillor from Enfield to be suspended over racism towards Turks. In July, Cllr Stephanos Ioannou, who represents Southgate, caused widespread offensive among British Turks when he shared the discredited and racist 1974 headline ‘Barbarians’ from The Sun on the anniversary of Turkey’s military intervention in Cyprus. The post, which still remains on the Conservative Councillor’s Facebook page, resulted in the local whip being withdrawn.

Cllr Stephanos Ioannou has not offered any apology for the post and he has since been placed under investigation by both Enfield Council and the Conservative Party over his conduct. It means he can continue to operate as a local independent councillor until the investigations conclude.

Earlier this month, Cllr Laban told T-VINE that,“Cllr Ioannou is still suspended. An investigation is being carried out by Conservative Party Headquarters.”

The latest incident will seriously damage the credibility of the Conservative Party among the large British Turkish community in North London, which historically has been Labour-supporting. Enfield Council Leader Nesil Calisjan is adamant Cllr Coleshill’s allegations are part of a “racist smear campaign”.

In July, The Sunday Times published an article accusing Turkish heritage councillors in Enfield, who account for 40% of the council total, of “entryism”. It followed complaints made to the Labour NEC by other local Labour councillors, including Enfield Deputy Leader Daniel Anderson, who described the situation as a “scandal”.

Cllr Anderson told Andrew Gilligan, who penned The Sunday Times article, of “compelling evidence that significant irregularities occurred at every stage of the [councillor] selection process”. But Mr Gilligan’s article went further, seeking to correlate the ethnic origins of the Turkish councillors with the alleged ‘takeover’ of Enfield Council:

“More than 40% of the council’s ruling Labour group is now Kurdish, Turkish or Turkish Cypriot, though the three groups together make up only 10% of the borough’s population.”

Mr Gilligan’s racist overtones continued when he claimed the council had been “’taken over” by a religious minority group and the extended family of a convicted criminal.”

The ‘convicted criminal’ he referred to was former Labour councillor Nesimi Erbil, who had championed direct flights between Britain and North Cyprus before stepping down at the last elections in May. Mr Erbil was convicted of fraud in 2014 after being caught using a fake tax badge. Two years later he was given a suspended sentence for a road rage incident.

The racist slur has incensed Enfield Council Leader Cllr Caliskan, herself British born and of Turkish Cypriot heritage, and prompted her to make a formal complaint about the article. She stated:

“The article is in a right-wing newspaper with a long track record of attacking the Labour Party and is written by a right-wing journalist who used to work for Boris Johnson. They are attempting to stoke up ethnic divisions within our Party, turning member against member on the basis of religious and cultural backgrounds, in a way that has no place in our democratic, anti-racist party.”

“It is also of questionable relevance that so many new councillors are Alevis and of Turkish or Kurdish heritage.  Close relatives more often than not come from the same “community” and share religious beliefs.  And some of the councillors who are alleging that a coup has taken place are Turkish themselves. So the emphasis placed on the ethnicity and religion of the new councillors looks rather like ‘dogwhistle politics’.”