“The Cyprus cause belongs to the entire Turkish nation”, President Erdoğan tells the TRNC Parliament

“The Cyprus cause is a great cause. It is great in terms of its history, its conscience, its struggle. It is the cause of a great nation that made history with its epic heroism in 1974. The Cyprus cause belongs to the entire Turkish nation,” said President Recep Tayyip Erdoğan during his address to the Parliament of the Turkish Republic of North Cyprus on Monday, 19 July.

Paying an official visit to North Cyprus following an invitation from TRNC President Ersin Tatar, President Erdoğan followed in the footsteps of his predecessor Abdullah Gül in giving a speech at the TRNC Parliament. Gül’s first overseas after his 2007 election as president was to North Cyprus where he addressed the General Assembly.

The Turkish President gave a stirring speech where he paid tribute to the TRNC Parliamentarians for robustly defending the rights of Turkish Cypriots:

“Becoming the voice of the Turkish Cypriot people’s fight for rights and freedom, the Republican Assembly has added strength to the Cyprus cause.

“I hereby extend once again my gratitude to all the members of the Assembly who have upheld the Cyprus cause since its formation, have defended the Turkish Cypriots’ rights and have not spoiled the legacy of our Cypriot brothers and sisters.”

The president highlighted the pro-solution stance of the Turkish side and the duplicity of the Greek Cypriots, and failure of the European Union to keep its promises on ending Turkish Cypriot isolation:

“We saw the true colours of everyone in Bürgenstock [in 2004]. Steps to implement the Annan Plan was being taken and [European Enlargement Commissioner Günter] Verheugen was there on behalf of the European Union. Despite him being there, the EU did not act honestly. Despite the promises, you know the outcome of the referendum in the Southern Cyprus. And you know the outcome in the North.

“The Turks keep their promises but the Greeks do not”

“The North kept its promises. They said ‘yes’ by 65 percent. They [the South] said ‘no’. The Turks keep their promises but the Greeks do not. They did not and Annan could not continue this struggle with them.

“This mentality now hides behind the UN parameters which they do not actually accept. They continue their insincere attitude by pretending to defend the federation model which they have been rejecting for years. It is not possible for us to believe them any longer and lose another 50 years,” President Erdoğan said.

The Turkish president also referenced the negative role of the international community over its actions that seek to undermine the fundamental rights of Turkish Cypriot and keep them isolated:

“Despite all the betrayals, double standards and attacks we suffered in the past 50 years, we have never lost our resolve. We have never remained silent in the face of injustice, yielded to oppression or unlawfulness.

President Erdoğan also took a swipe at Greek Cypriots for their ongoing efforts to spread misinformation about the Cyprus conflict and their refusal to accept Turkish Cypriots as their “equal partners”:

“We invite those who have been seeing the Cyprus issue solely from the perspective of a lobby for years to take a stance that is in line with justice and the facts of the island.

“We know quite well who occupies the island and who represents the mentality of occupation in the island. The Greek Cypriots, who have not refrained from targeting the honour, life and property of the Turks, their neighbours, by the hands of the EOKA terrorist organisation, have never considered the Turkish Cypriots to be their equal partners.”

“The Peace Operation, conducted by the Turkish Armed Forces 47 years ago today, guaranteed the Turkish Cypriots’ existence and security”

He also underlined the importance of Turkey’s vital intervention in Cyprus in 1974:

“The Peace Operation, conducted by the Turkish Armed Forces 47 years ago today, guaranteed the Turkish Cypriots’ existence and security.

“This operation showed it to the entire world that our brothers and sisters in Cyprus are not alone and cannot be erased from the stage of history, and that they will not renounce their legitimate rights.”

A few weeks before his visit to North Cyprus, the Turkish leader promised a “gift” to Turkish Cypriots. It prompted huge speculation on and off the island on what this could be. Some thought he would announce that friendly states were ready to recognise, others that he would propose a name change to the TRNC so the country circumvents UN resolutions calling for the non-recognition of the TRNC.

No one predicted what turned out to be a decidedly underwhelming announcement that Turkey was gifting the TRNC with a new Presidential Palace, Parliament and national park, which President Erdoğan said would be built on 500 donums near Metehan in the capital Lefkoşa.

The Turkish leader had first raised the idea of a new Presidential Palace during his visit to the island last November. On Monday, President Erdoğan highlighted the inadequacies of both the current TRNC White House and the Parliament, claiming the buildings lacked space and facilities, but that was not enough to quell the detractors.

Turkish Cypriots of all political hues took to social media to criticise the plans. They stated the money could be better used on more pressing issues, such as combatting the high levels of unemployment in North Cyprus due to the pandemic, and investing into vital infrastructure such as water, electricity and roads, and building new schools.

Even before Erdoğan’s talk took place, it had caused controversy after two of the six parties represented in the TRNC Parliament decided to boycott it. The main opposition Republican Turkish Party (CTP) and the smaller left-wing Communal Democracy Party (TDP) of former President Mustafa Akıncı, announced their MPs would not attend. They hold 15 of the 50 seats in the TRNC Parliament. 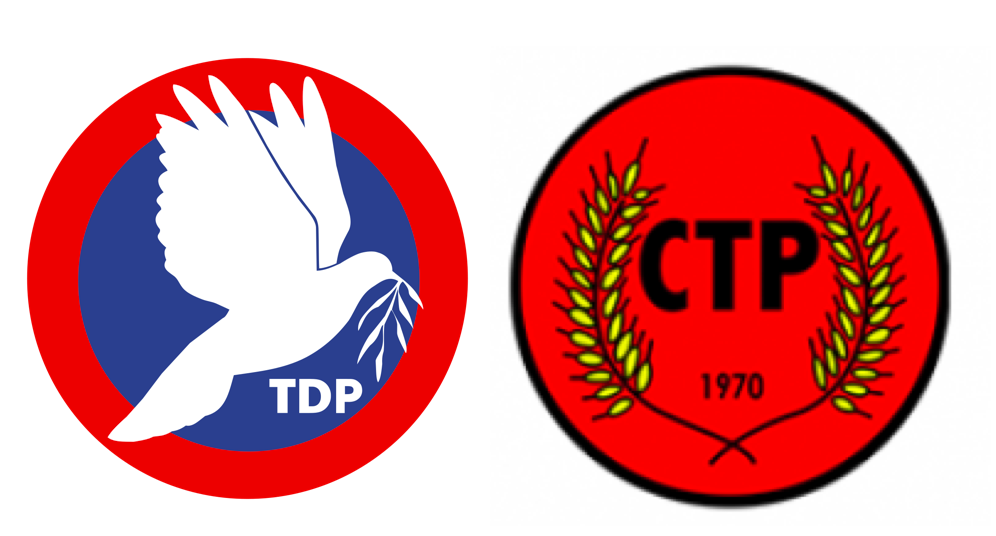 A statement released by TDP said that the boycott decision was as a result of Turkey’s “intervention against Turkish Cypriot people’s will and free and unique identity”, referencing last year’s Presidential election where the incumbent Akıncı narrowly lost to Tatar.

TDP accused Turkey of trying to dominate Turkish Cypriots: “As a result of our citizens not being taken into account by Turkey…we, as the TDP, have decided to not participate in the parliamentary session that will take place on July 20,” the party’s statement further said.

Last week, former CTP leader and TRNC President Mehmet Ali Talat told Yeni Düzen newspaper: “I don’t think I will attend these ceremonies, which will potentially turn into the primitive policies of challenging the world.”  Then TRNC Prime Minister, Talat had worked closely with Erdoğan and Gül in 2004, when the pair were Prime Minister and Foreign Minister of Turkey, to get the Annan Plan accepted by Turkish Cypriots.

In response, President Tatar accused the boycotting parties of “co-operating with Greeks.”