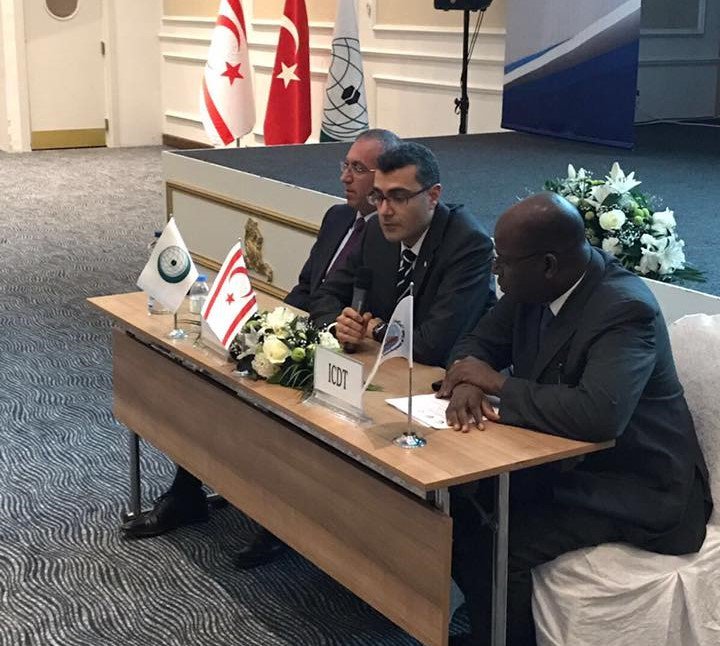 An international trade conference hosted in Girne earlier this week has concluded. The Regional Training Workshop on Export Strategies, which ran from on 5th to 7th December, was jointly organised by the Islamic Centre for Development of Trade (ICDT), a subsidiary of the Organisation of Islamic Cooperation (OIC) based in Casablanca, and the Turkish Republic of North Cyprus (TRNC) Ministry of Foreign Affairs. Among those attending were trade representatives from Turkey, Palestine, Gambia, Lebanon, Pakistan, and Jordan.

The two-day event, which focused on ‘Export Strategies for Primo-Exporters’, took place at the Lord’s Palace Hotel in Girne. TRNC Economy and Energy Minister Sunat Atun and Mamoudou Sall, Head of the Islamic Trade Development Centre and Department of Labour and Education, delivered speeches during the opening ceremony.

Among those attending from the TRNC were civil servants and advisors from the Economy and Energy Ministry and the TRNC State Planning Department, as well as business members and staff from the Turkish Cypriot Chamber of Commerce and the Cyprus Turkish Chamber of Industry. The TRNC Central Bank was among the organisations that gave a presentation to delegates during one of the workshops.

Addressing delegates, Atun said: “In the past, our country has hosted workshops on behalf of the Islamic Centre for Development of Trade (ICDT). These included ‘Export Control and Increasing the Capacity of Small and Medium Sized Enterprises (SMEs)’ in 2008 and a training workshop on ‘Export Promotion and Investment Strategies in the Context of Globalisation’ in 2014.”

“We are pleased that we have the opportunity, with this conference, to continue to strengthen our relations with OIC member states and its Secretariat within this framework. The TRNC very much looks forward to continuing to host meetings and events in cooperation with the OIC and its subsidiary institutions in the future.”

The TRNC is an observer member of the OIC. Earlier this year, the influential body which represents the world’s Muslim-majority states, upgraded the small Eastern Mediterranean state to use its full name, the Turkish Republic of North Cyprus, instead of its temporary name of ‘Turkish Cypriot State’.

Formed in 1969, the OIC comprises 57 member states and presents itself as the ‘collective voice of the Muslim world’, representing over 1.6 bn people worldwide. In February 2013, the OIC passed a motion recognising the political equality and separate sovereignty of the Turkish Cypriot people.