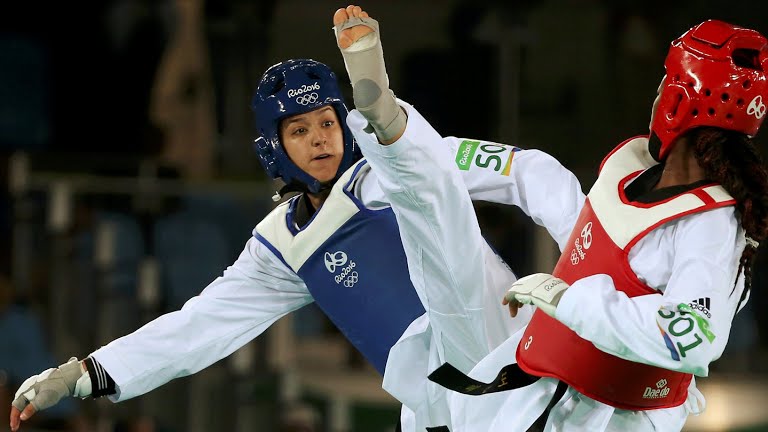 Turkey’s sole gold came in wrestling. Taha Akgül (pictured below) was crowned Olympic champion in the 125kg freestyle competition after he beat Iran’s Komeil Ghasemi in the final. 25-year-old Akgül was 12th in the 120kg category in London in 2012, but last year he progressed to take both the World and European titles.

“I still cannot believe that I am now an Olympic, world and European champion,” he told Anadolu Agency on Sunday. “I am very happy that I brought this medal home.” He dedicated his victory to the victims of Saturday night’s terror attack in Gaziantep.

Daniyar Ismayilov was Turkey’s first medal winner at the Rio Games. He came second in the Men’s Weightlifting 69kg competition.