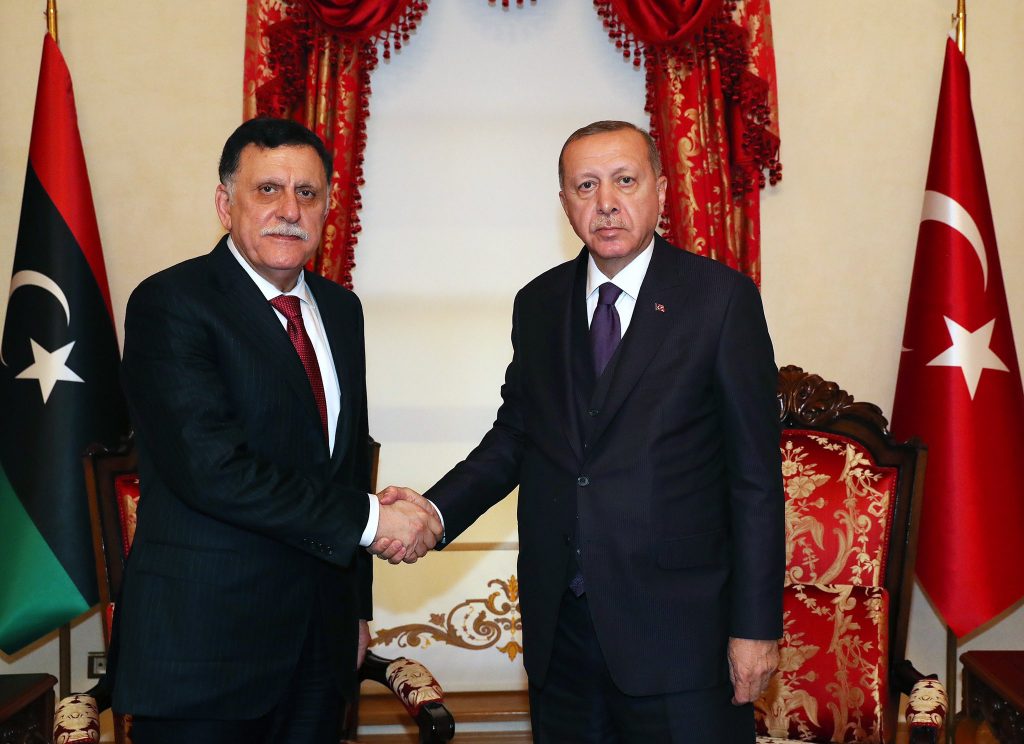 Turkish troops are on their way to North Africa where they will provide support to the UN-backed Government of National Accord (GNA) in Tripoli.

The development comes three days after the Turkish Grand National Assembly (TBMM) approved a mandate for the mission following a formal request from the GNA for military support from Turkey.

On Monday, 30 December, President Recep Tayyip Erdoğan signed a two-page resolution stating that the growing instability in Libya posed a threat to the region and asked the TBMM for permission to deploy Turkish forces abroad to ‘intervene in conflicts outside the borders of Turkey’ for a period of one year.

The TBMM had held an emergency meeting on Thursday, 2 January to debate the mission. Each of the political parties were given 20 minutes to present their views on the draft bill, after which the issue was put to a vote.

A total of 509 parliamentarians from a possible 600 MPs participated, with 325 backing the bill to send Turkish troops to Libya, while 184 MPs voted against. Support came from the ruling Justice and Development Party (AK Party) and Nationalist Movement Party (MHP), while the main opposition Republican People’s Party (CHP) and the Good Party (İP) opposed the bill, stating that they preferred Turkey’s involvement to be restricted to diplomatic intervention only.

Opposition parties refuse to back troops in Libya

CHP leader Kemal Kılıçdaroğlu said that Turkey should “prioritise diplomatic efforts” to try to end the conflict in the war-torn country, believing that the UN was best placed to send peacekeeping troops to Libya.

İP head Meral Akşener said her party decided to vote against the mandate following a unanimous decision by party members, because they ‘did not want Turkey to take sides’ in the conflict. She said the Syrian experience had made her MPs reluctant to see Turkish troops embroiled in another Arab conflict 2,000 km away.

“When we look at the consequences of the Syrian experience, what did Turkey gain by becoming a part of the Syrian civil war? She has gained more than 5 million refugees. What did she win? She spent $50 billion. What was the result? She has direct borders with Russia. They share a border both in the north and in the south. And we are face-to-face with the PKK taking solid steps towards creating their own state in Syria.”

The Erdoğan government views the situation differently, focusing on the strategic need for Turkey to be present in Libya. In November, the Turkish President met with Libyan Prime Minister Fayez al-Sarraj in Istanbul, where they signed two agreements. The first part of the accord covers security and military cooperation. The second is on maritime jurisdictions, aiming to curb the efforts of Greece, South Cyprus, Israel and Egypt to take control of the Eastern Mediterranean at the expense of Turkey and North Cyprus.

Prime Minister Fayez al-Sarraj  returned to Turkey last month where he again met with President Erdoğan to discuss the intensifying conflict. al-Sarraj formally requested Turkish military assistance in the “air, ground and sea” to counter a fresh offensive by warlord Khalifa Haftar, who is based in eastern Libya.

General Haftar and his self-styled Libyan National Army (LNA) are backed by Egypt, the UAE and Russia.

More than 1,000 people have been killed since April when the LNA launched an offensive to seize Tripoli. Rebel forces were also blamed for an air strike on a military academy on Saturday night that killed at least 30 students and injured 33 others. The attack prompted widespread condemnation, including from Ankara.

1-This pic was taken this morning Jan.5 showing aftermath of attack on #Tripoli‘s Hadba military academy.

(Our deepest condolences to all families and beloved ones of the victims -we’re lost of words).

It’s obvious and impossible to doubt that the attack was NOT an air strike. pic.twitter.com/QHtbWxjnDE

“We strongly condemn the aerial attack by the so-called Libyan National Army against the Military Academy in the southern parts of Tripoli on January 4 that killed and wounded scores of military students,” read a statement issued by the Turkish Foreign Ministry earlier today.

This evening, the Turkish President confirmed that Turkish troops were on their way to Libya.

“Our soldiers’ duty there is co-ordination. They will develop the operation centre there. Our soldiers are gradually going right now,” President Erdoğan told Turkish broadcasters CNN Turk and Kanal D in a special interview with him.

He said Turkey’s objective was “not to fight” but “to support the legitimate government and avoid a humanitarian tragedy”.

Libya has been in a state of crisis since long-time ruler Colonel Muammar Gaddafi was deposed and killed in 2011 by NATO-backed forces. In 2014, this erupted into civil war as various factions vied for control of the country.

Today the country is ruled by two rival administrations, the GNA in Tripoli and General Haftar’s LNA in the eastern city of Tobruk, which controls large swathes of territory across Libya. Other militia are active in the country’s south.

According to a report in Daily Sabah, Turkey currently has troops stationed in 11 countries around the world. These are Afghanistan, Somalia, Qatar, Iraq, Azerbaijan, Syria, the Turkish Republic of Northern Cyprus (TRNC), Albania, Lebanon, Bosnia-Herzegovina and Kosovo. With the exception of the TRNC, the average number of Turkish troops present in each country is around 200.