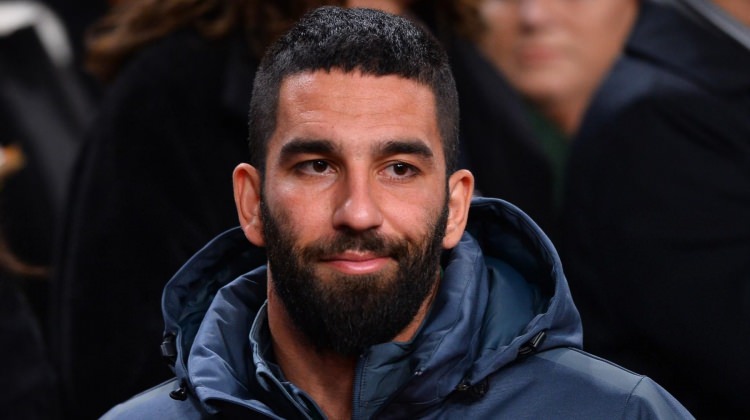 Barcelona midfielder Arda Turan has been sentenced to two years and eight months after being found guilty of firing a gun at a hospital and injuring Turkish pop star Berkay, whose nose was broken following a fight with the hot-headed footballer.

However, Turan – who is currently on loan at Turkish club Istanbul Başakşehir – escaped jail, as the court opted for a suspended sentence. It means the footballer will avoid prison as long as he doesn’t commit another crime in the next five years.

Turan and the singer, whose full name is Berkay Şahin, were involved in an altercation in an Istanbul nightclub last year, which left the singer requiring facial surgery.

The incident flared up after the player made inappropriate comments to Berkay’s wife, Özlem Ada Şahin. The followed the singer to hospital, where he reportedly begged for forgiveness and asked to be shot over his behaviour, before the gun went off.

Prosecutors had asked for a sentence of 12 and a half years for the former Galatasaray and Atletico Madrid midfielder, after he was charged with multiple offences: sexual harassment, inflicting intentional injuries, shooting a firearm in a way to cause panic and carrying weapons without a license. He was found guilty on all charges apart from sexual harassment.

Berkay spoke out after the verdict, posting a clip and comments on his Instagram account. He reminded his followers that the player had not been freed but found guilty of serious offences. However, the singer said he planned to “appeal to a higher court” over the suspended sentence, feeling otherwise the case would send the wrong message to others “carrying unlicensed weapons” or who “storm hospitals with a gun”.

Berkay plans to appeal Arda Turan’s suspended sentence, believing it is too light for the offences the footballer was found guilty of

Başakşehir fined Turan ₺2.5 million (about £400,000) over the incident. He had returned to Turkey in 2018 on loan from Barcelona, with two-and-a-half-years of his contract to run.

The player joined Barcelona from Atletico Madrid in 2015 in a deal worth €34m. He scored 15 goals in 55 appearances and won La Liga twice.

The 31-year-old star has a reputation for having a short temper. In June 2017, following an away match between Turkey and Macedonia, Turan, then Turkey’s captain, physically and verbally assaulted Milliyet sports writer Bilal Meşe, who was also travelling on the team flight. As a result, Turkey manager Fatih Terim announced Turan had been dropped from the national team, prompting the star to announce his retirement from international football.