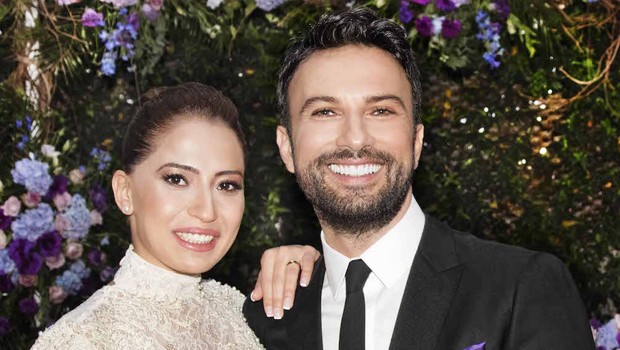 One of Turkey’s biggest pop stars has confirmed rumours that he and his wife are expecting their first child. Tarkan broke his silence yesterday afternoon in a 38-second video clip posted on his Twitter account.

With a beaming face, Tarkan starts the recording by enigmatically saying “the matter has been talked about for a fair while”, and that “Every day we are asked, is it or isn’t it true?”

The star then leans into the camera and whispers, “Yes it’s true. I am going to be a father. It’s true.”

“I am very happy and I wanted to share with all of you,” he adds before blowing a kiss. It was Tarkan’s first post since the beginning of January, when he tweeted about the passing of iconic actor Münir Özkul.

The multi-million selling hit singer married his sweetheart Pınar in May 2016. The couple, who are both German Turks, had dated for five years before tying the knot.