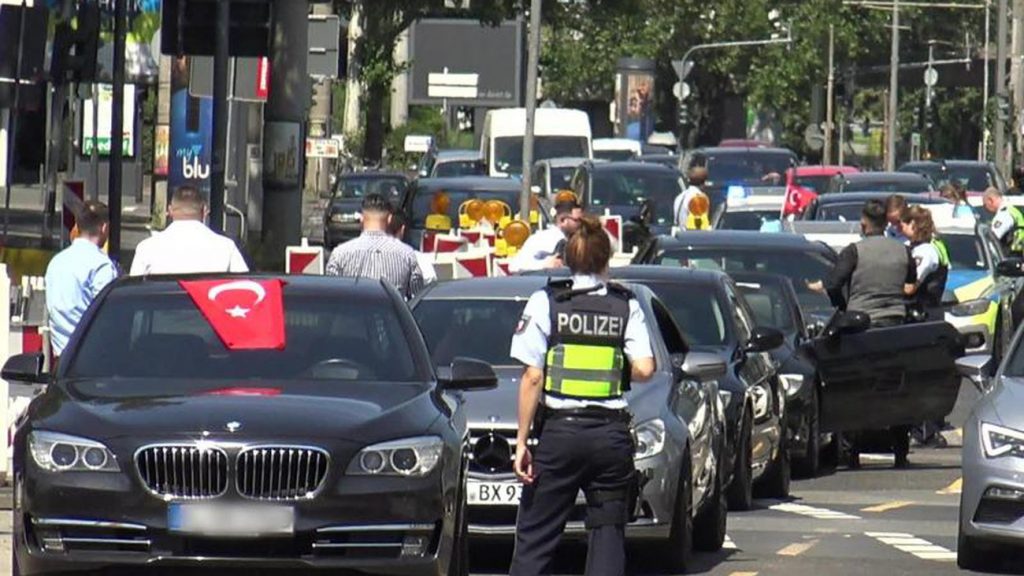 Turkish drivers taking part in a wedding convoy across the Dutch city of Rotterdam have been fined €3,000 for noise pollution and anti-social behaviour.

Up to 30 vehicles are thought to have formed the wedding convoy on Saturday afternoon, beeping their horns as they made their way through the streets in the southern part of the city, where Rotterdam’s Turkish population are largely concentrated.

According to media reports, police stopped the convoy because of their “dangerous” driving. The convoy had been seen passing through red lights, mounting pavement and blocking roads, which the police felt was putting other road users at risk.

Police also said the convoy was guilty of “noise pollution” and “anti-social behaviour”. Drivers in the convoy repeatedly pressed their car horns, while passengers opened windows and let off flare and firecrackers. Cars were also stopping in the middle of the road in a bid to keep the convoy intact during the busy Saturday traffic. It’s not clear if the €3,000 fine was per driver in the convoy or collectively for the convoy.

According to Dutch News, disruptive wedding convoys have been a growing source of tension in Dutch cities in recent years. Rotterdam – the country’s second biggest city – is considering bringing in restrictions, including a requirement for wedding parties to submit their details to police in advance, to limit the effect on traffic.

In September, a police officer in the city was punched to the ground by a wedding guest after he pulled over a convoy to warn the drivers about anti-social behaviour.

“I want to make clear that we need to put a stop to these kinds of excesses,” said city mayor Ahmed Aboutaleb at the time. “We don’t mind people having parties, but it has to be orderly and within the rules.”

Police in Belgium and Turkey have also been forced to take a tough line on wedding convoys for similar reasons. In April 2018, Turkish police fined each driver of a 37-car convoy 108 Turkish lira for causing a traffic jam on the busy TEM motorway in Istanbul.

Belgium Turks also felt the wrath of the law when in February 2017 a wedding “paralysed” the busy E17 highway. At a court hearing in Dendermonde the following May, the judge ordered officials to seize six of the cars, ban 18 drivers from traffic for five years and fine each of them 2,000 euros.