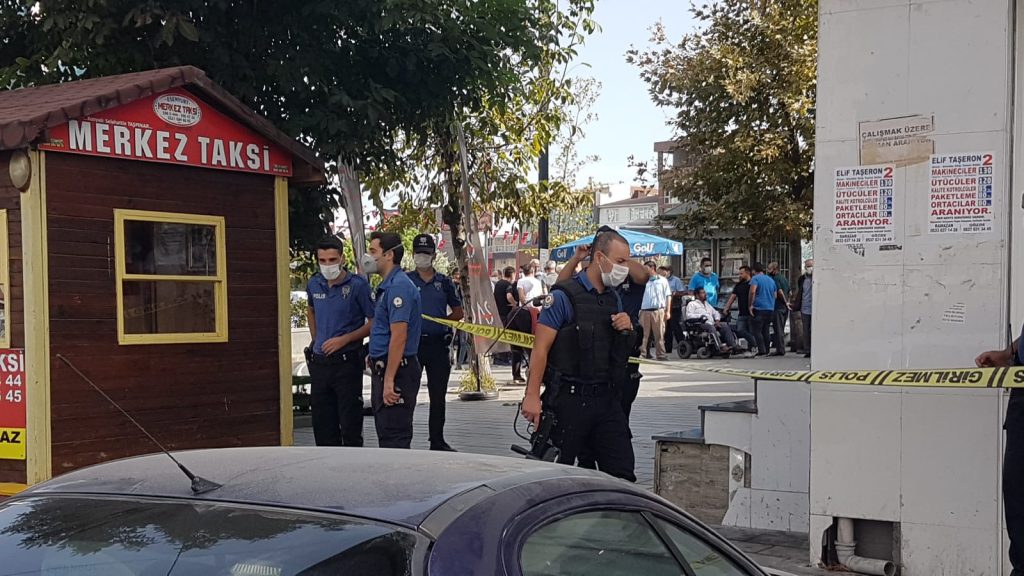 A fight at a taxi rank in Esenyurt, Istanbul, turned deadly after one man fired on others using a pump-action rifle.

Seven men were rushed to local hospitals, some in a serious condition. A short time later it was announced that three of the men had succumbed to their injuries.

According to a report by the Demirören News Agency (DHA), a vicious fight broke out among taxi drivers from two different local taxi firms – Hastane Taksi Durağı and Merkez Taksi Durağı – as they tried to pick up passengers from a taxi rank on Esenyurt Square at around 10am on Saturday morning.

The drivers were seen fighting each other with large sticks, when one man pulled out a rifle and started shooting.

Emergency services arrived at the scene quickly to treat the injured. Ambulances carried seven injured men to three local hospitals, but despite the best efforts of medical staff they were unable to save three of the men.

The three men who died were named as Sinan Öztürk, and brothers Cengiz Dayanmaz and Yavuz Dayanmaz.

The pump-action rifle used in the shooting was abandoned at the scene, and has since been recovered by police. Investigations are ongoing and no one has been arrested.

One line of police enquiry will be whether this fatal incident is related to another deadly brawl among Esenyurt taxi drivers a few weeks ago, where another taxi driver was shot dead.