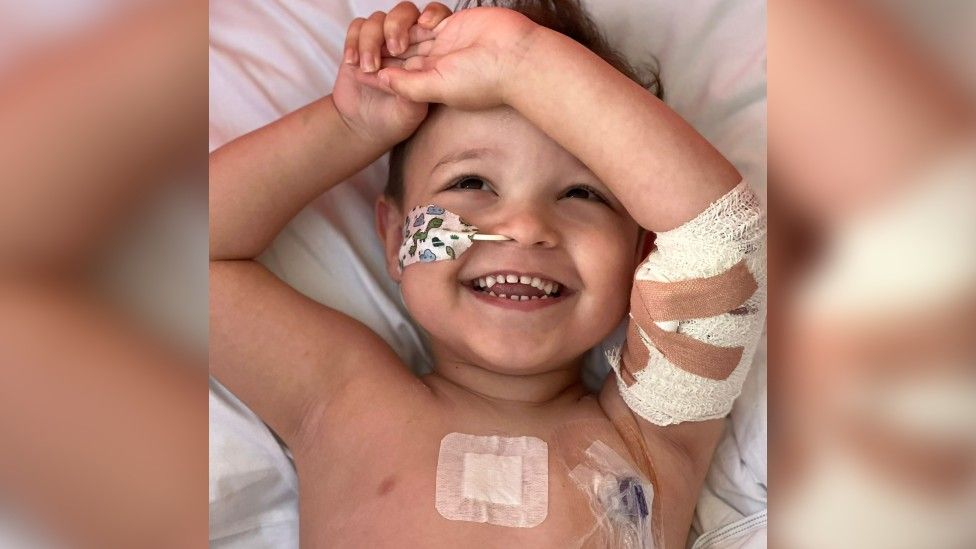 The parents of a toddler battling against blood cancer have made a desperate plea to the British public to help them find a bone marrow match.

Four-year-old Dillan, who is half Turkish through his father, needs to have a transplant by October to increase his chances of survival.

Dillan’s family, who live in London, said their son relapsed last month after initially responding well to treatment and recovering from cancer.

Tests during his regular check-ups at Great Ormond Street Children’s Hospital show the cancer has spread to his spinal chord. As a result, Dillan has started immunotherapy treatment as his family desperately seek a bone marrow match for him.

Mother Amy Ramsey, who is originally from Salford in Manchester, urged the public to take a simple saliva test that could quickly identify whether their blood matches Dillan’s and allow life-saving treatment for him to begin: “The test takes ten minutes and you could save my son’s life.”

The young boy’s family, including Dillan’s younger sister Aiyla and father Oguz ‘Ozzy’ Aksehir, have all been tested but, sadly, none are a match.

Dillan was born during the first coronavirus lockdown in May 2020 and was diagnosed with leukaemia when he was around 20 months old. The toddler loved to kick a football, but when he suddenly stopped, his parents were concerned.

Doctors initially told them not to worry and that it was most likely “a sprain”, and that the issue would clear up naturally within a few weeks.

However, when Dillan kept on limping, Amy and Ozzy took him back to the doctors, who did tests and found he was suffering from leukaemia. 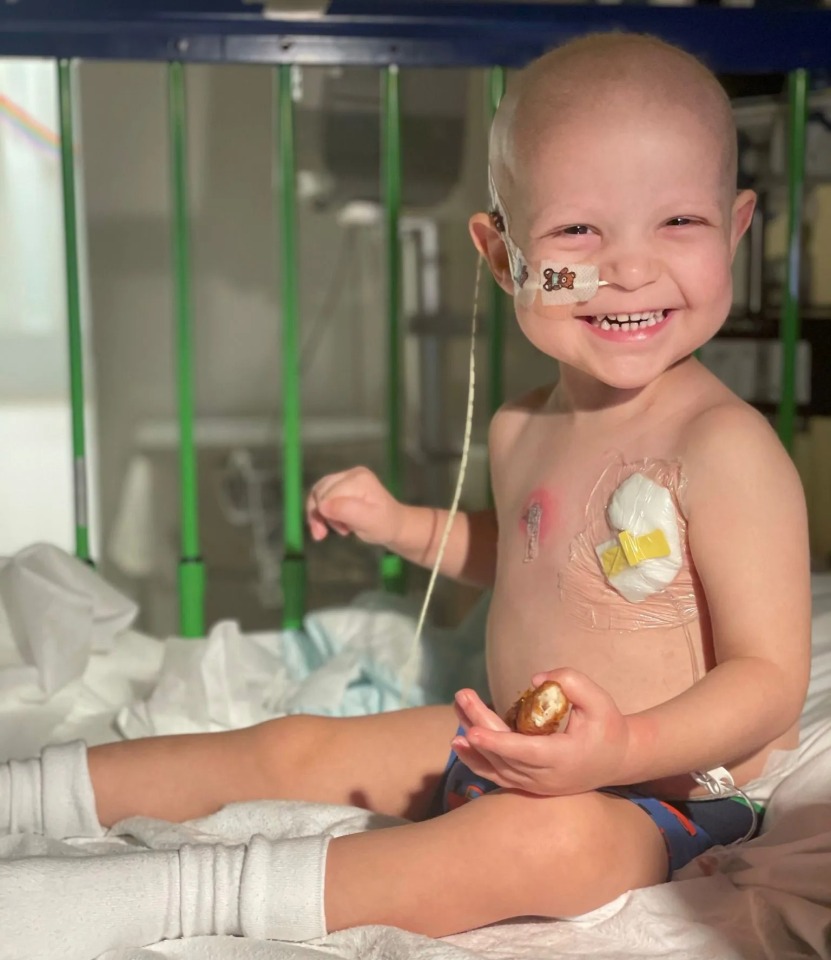 A host of celebrities from Manchester footballers John Stones and Harry Maguire, to former Coronation Street actress Michelle Keegan have all shared the appeal.

With dad Ozzy being Turkish, the donor for Dillan could well be within the UK’s half-a-million strong Turkish community. However, Turks remains badly under-represented on the national Blood register.

According to research by blood cancer charity DKMS in 2020, white north-Europeans have roughly a 69% chance of finding a matching blood stem cell donor if they need one. This drops to 20% for those who are non-white, including Britain’s Black, Asian and Turkish communities.

Click here to visit the DKMS website and order your test kit to see if you are a donor for Dillan. His mum Amy is also charting Dillan’s journey on Instagram.

Leukaemia is a type of blood cancer that affects cells in bone marrow and attacks the immune system. In most cases of leukaemia, there is no obvious cause. It leads to the body making too many abnormal white blood cells, which are not fully developed and are called leukaemia cells. It means the body is less likely to be able to defend itself against infection.

The disease is classified according to the type of cell affected, myeloid or lymphatic, and how quickly it progresses and impacts the body: acute or chronic, with acute being a more aggressive form of the cancer.

There four main types of leukaemia are: 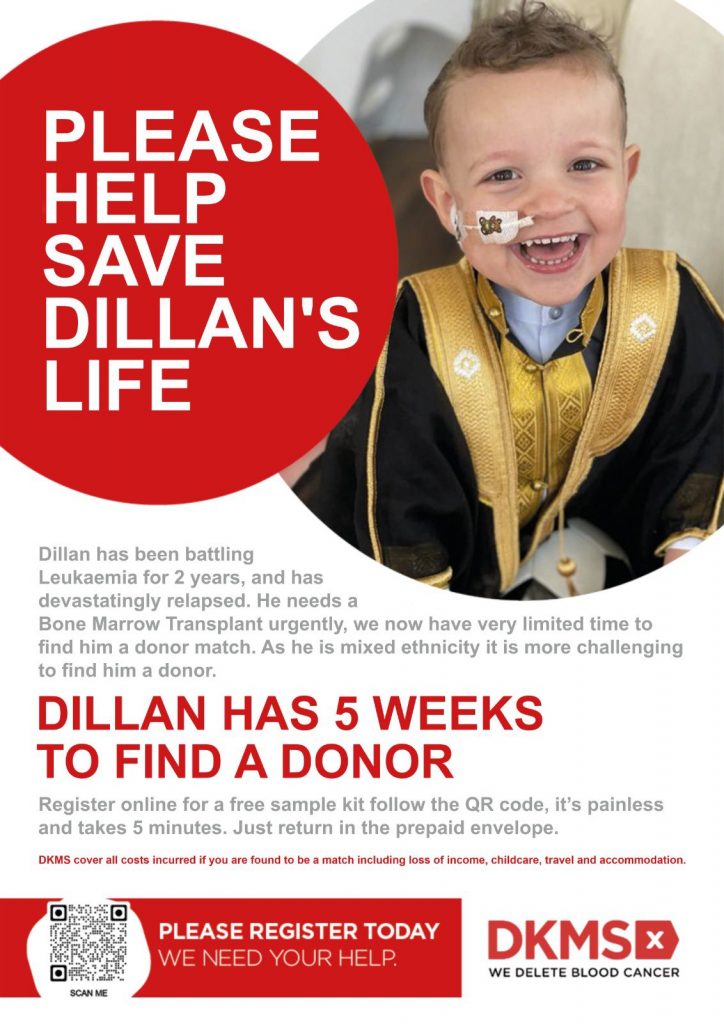 All photos are from Amy Ramsey.