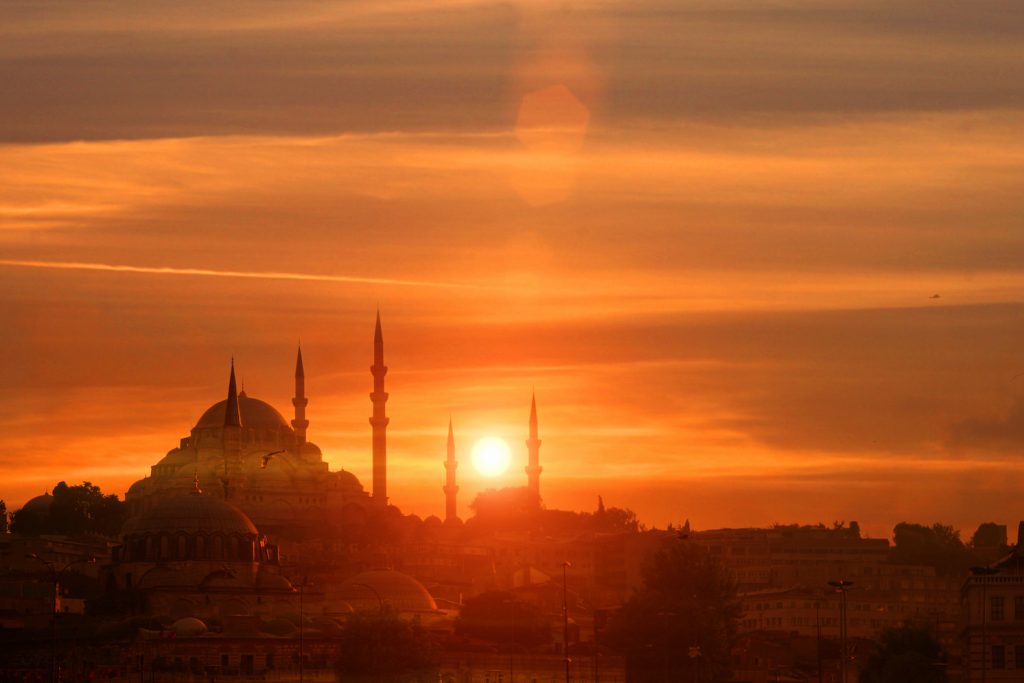 Today millions of Muslims around the world have started to fast during daylight hours. This period of abstinence will last for one month.

Known as Ramazan in Turkish, or Ramadan, this month is regarded as the holiest in the Muslim calendar as it is believed this was when the Ku’ran was first revealed to the Prophet Muhammed.

Fasting is one of the five pillars of Islam. The other four is a declaration of and commitment to one’s faith, doing five daily prayers, giving to charity or Zakat, and performing a haj (pilgrimage) to Mecca at least one in your lifetime.

The Islamic calendar also has 12 months, but unlike its western, Gregorian counter-part, Muslims use the lunar cycle to determine the start and end of months. Each lunar month runs for 29 or 30 days. As a result, each year the month of Ramazan comes forward by about two weeks.

What is required during Ramazan?

All healthy Muslim adults are expected to fast during the month of Ramazan. This means not eating or drinking anything from sunrise to sunset.

Other actions are also required. At all times of the year, but especially during Ramazan Muslims should abstain from sinful behaviour, such as drinking alcohol, or getting angry with others. Instead, Muslims should use this time for quiet introspection: to read the Ku’ran, pray, and be more compassionate through acts of charity and kindness.

At night, many will also attend mosque for evening prayers called Teravih (or Tarawih), which often also includes sermons and spiritual tales from the Ku’ran, and special talks from guest speakers.

It is a time for a spiritual reawakening, so Muslims can rekindle their relationship with God and reflect on how they can become better human beings. This month of abstinence underlines the importance of patience, while also helping to break bad habits.

Ramadan is also a time to be with family and friends, particularly at the end of the day when Muslims come together to break fast.

During the holy month, Muslims wake up early to eat a pre-dawn meal called sahur (or suhoor). This meal needs to sustain a person for the entire day and in the Northern hemisphere, the time between sunrise and sunset can be as long as 17 or 18 hours.

Suhur stops about an hour before sunrise – mosques and local Islamic charities produce timetables for their local area to help you plan when you can eat. This Ramadan timetable is from the East London Mosque.

Getting good nutrition in the morning meal is vital for having sufficient energy for the rest of the day.

A good sahur breakfast should include a mixture of carbohydrates, such as bread, or wholegrain cereals or even pasta, as well as protein, such as cheese or eggs, which will help give energy all day long. Fruit, both fresh and dried, and yogurt are also good for sahur. Many also have some soup, as these help to hydrate the body and aid digestion.

This evening meal is known as iftar. Generosity is an important Islamic tenet, so it is not uncommon for mosques and, in Muslim-majority countries, for local authorities to throw large communal meals. Many others will do the same by inviting friends and family over for iftar so they can share the food and experience together.

Many start iftar with a date and a hot drink, such as tea, which can help prepare the body for food.

It can be tempting to eat too much during the evening meal, but discipline here is also advised. Those fasting should stick to a balanced diet at iftar too, avoiding salty, spicy, fatty, and fried foods, which can all increase thirst and play havoc with digestion. Overly sweet desserts such as baklava should also be skipped in favour of lighter offerings such as ride pudding or muhallebi.

Between iftar and sahur, it’s important to also drink lots of water to rehydrate the body. Avoid fizzy drinks, which can lead to nausea and headaches due to increased blood sugar levels.

Almsgiving, or Zakat, during Ramazan

Adult Muslims whose net wealth is above the nisab threshold, or minimum amount of property and assets required to live, are required to make a donation during the year known as Zakat. This is normally about 2.5% of a person’s net wealth.

Many choose to pay their Zakat during Ramazan. It can be donated to their local mosque or a charity. Many Islamic charities and mosques appeal for funds to assist people who are poverty-stricken, both those living locally and abroad. Zakat can also help alleviate some of the suffering for those living in conflict zones, such as in Yemen, and to rebuild communities after a natural disaster has struck, such as Cyclone Idai, which recently ripped through Mozambique, Malawi and Zimbabwe.

When does Ramazan end?

In 2019, the month-long fast is expected to end on the evening of either the 3 or 4 June – depending on the sighting of the moon. Once fasting ends, a special three-day celebration begins, known as Eid al-Fitr, or Ramazan Bayramı in Turkish.

Wishing all who believe a blessed Ramazan (Ramadan Kareem, or ‘hayırlı ramazanlar’ in Turkish).