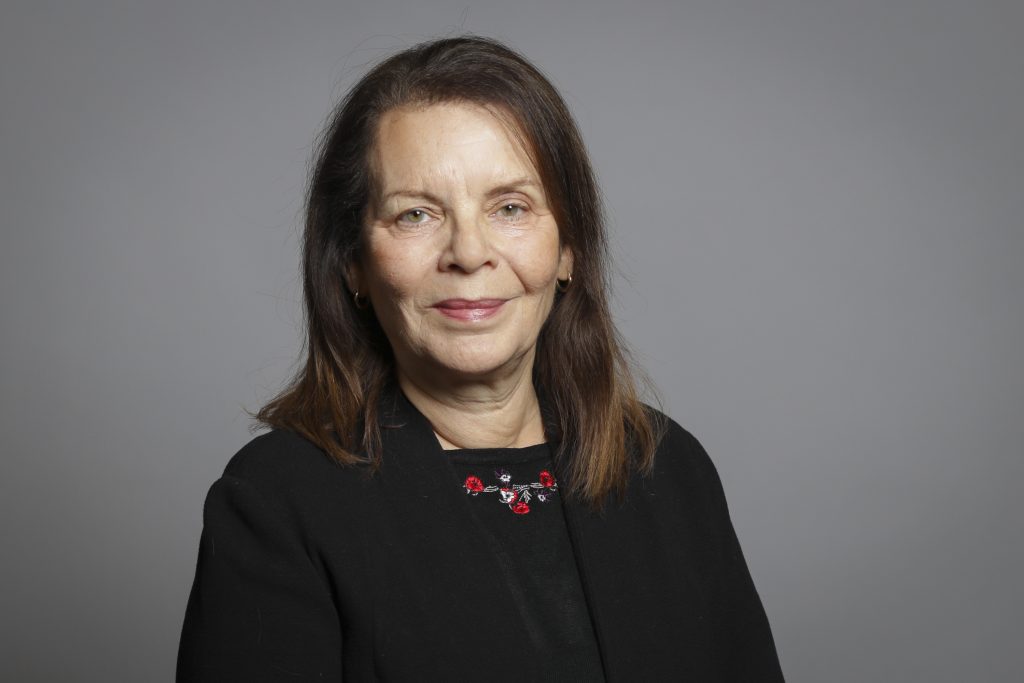 Baroness Meral Hussein-Ece’s bill to regulate private burial grounds has passed through its first reading in the House of Lords and is scheduled for a second reading after the Summer Recess.

The Private Burial Grounds and Cemeteries Bill, introduced on 15 June, sets out the responsibilities of owners of private burial sites, bringing them in line with the same regulatory framework that governs cemeteries owned by the State.

“The days of unaccountable private owners are numbered,” the Baroness wrote on social media on the day she introduced her private burial grounds bill.

“I hope my Bill will bring about changes in burial laws to enforce good management and proper regulations of all private cemeteries to a high standard. For too long our community has put up with sub-standard conditions.”

The Liberal Democrat peer, who is of Turkish Cypriot heritage, has been pivotal in the campaign to improve conditions at the private-owned Tottenham Park Cemetery where her mother, brother and many other close relatives are buried.

She told T-VINE last week that her bill has received cross-party support of politicians in both Houses, as well as the UK Federation of Burial and Cremation Authorities, which represent cemeteries across the UK, and the National Association of Funeral Directors.

“All the local MPs who received numerous complaints from families with loved ones in Tottenham Park Cemetery are also very supportive,” the Baroness added.

The bill will receive its second reading in the House of Lords this autumn. It then goes to the Committee stage for further consideration. A report the committee prepares could propose changes or the bill may progress straight to a third reading and approval.

A parallel process takes place in the House of Commons, with MP inputting into all three stages, including proposing any amendments, for the bill to become law.

The Baroness’ introduction of draft legislation coincides with the Ministry of Justice (MoJ) launching a fresh investigation into the state and management of Tottenham Park Cemetery. The MoJ is responsible for burial grounds in Britain.

Tottenham Park Cemetery is the largest burial ground for British Turks. A new inspection of the site was ordered after relatives lobbied their MPs and the Government last year about the poor state of the cemetery and concerns over overuse.

The privately-owned North London cemetery first opened in 1912 and has around 6,000 plots across the 2.4 hectare site. However, an estimated 48,000 bodies are thought to lie at rest because of the plots being repeatedly used for burial. Some plots are thought to be seven or eight bodies deep.

Relatives launched a campaign to bring Tottenham Park Cemetery under state control over fears that existing graves are being desecrated with each new internment at the cemetery, which was deemed “full” in a previous MoJ inspection at the end of 2018, when the site was owned by the Badgehurst family.

While the cemetery has improved considerably under new management, concerns about the overuse of plots, the disappearance of old graves, and the lack of paperwork for new burials remain.

A 2021 petition calling on the MoJ to regulate private cemeteries was signed by over 1,500 people. Among their demands were for legislation to be created that stops private cemetery owners from reusing plots before the expiry of leases, ensures the owners issue ‘right of burial’ contracts and gives public access to records, that they address memorials being vandalised or damaged in their cemeteries, and also improve access to graves for people with disabilities.

The petition by Tottenham Park Cemetery Action Group also called for plots not to be reused where graves appear unvisited, and highlighted concerns about the remains of loved ones being disturbed as existing plots are dug up for new burials.

An MoJ spokesperson confirmed to T-VINE that a new inspection of Tottenham Park Cemetery was taking place. They said, “The findings of this inspection are due to be reported this summer.”

The Justice Secretary has appointed Dr Ian Hussein, an internationally recognised graves expert, to carry out the inspection of the site located off Montagu Road in Edmonton, North London.

Dr Hussain has previously worked as an Area Director for the Commonwealth War Graves Commission, and has held various roles within the Institute of Cemetery and Crematorium Management. He also has extensive knowledge of North London burial grounds.

The MoJ’s decision to reinspect Tottenham Park Cemetery and to appoint an experienced person to head the review has been welcomed by relatives and the TPC Action Group.

In a written statement issued on 17 June TPC Action Group chair Fevzi Hussein, whose son is buried at the cemetery, said: “We welcome this second inspection into this cemetery,  which has been poorly managed for many years, and declared full.

“It’s unfortunate that many families, who have contacted us, have had poor experiences. We have been campaigning for years that our loved ones, laid to rest here, are treated with the dignity and respect as others are in well-run cemeteries. We look forward to its findings.”

In April, T-VINE reported that an attempt by Enfield Council to buy Tottenham Park Cemetery failed after the cemetery’s current owner Peter Demetriou rejected the bid.

Enfield Council confirmed to T-VINE that they had recently sought to acquire the privately-owned 2.4 hectare site in North London. However, the offer “has not proceeded following negotiations” as Mr Demetriou rebuffed the offer.

Mr Demetriou has been invited to comment on both these developments, but has declined.