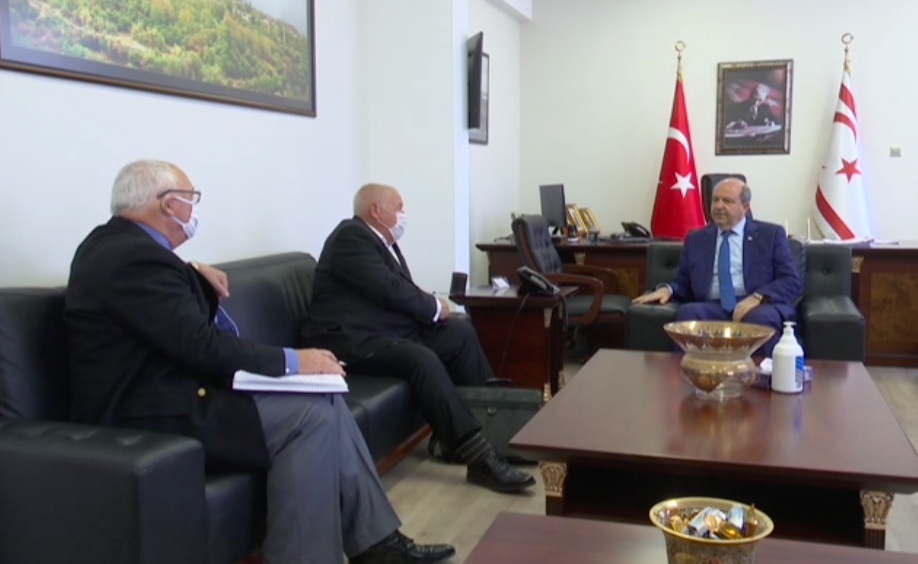 The Council of Ministers has today announced that foreigners with permanent residency who are currently abroad will be readmitted to the Turkish Republic of North Cyprus (TRNC) from 8 June 2020.

The statement made by government spokesperson and TRNC Foreign Minister Kudret Özersay this evening said that:

“When they arrive, they will enter quarantine and pay the cost of this themselves”.

Dr Özersay also confirmed a third wave of entry for tourists and others without permanent TRNC residency:

“If today’s existing conditions do not change then, in line with detailed regulations to be laid out by the Health Ministry, tourists and other citizens will be able to come [to the TRNC] from July 1.

The Minister stated that for those seeking to enter as part of the third wave, the country of origin is important as it will determine which risk category they are in and what their conditions of entry are:

“For any foreigner coming [to the TRNC], it will be important from which country they will be arriving. There will be 2 separate risk lists. PCR [coronavirus test] and quarantine will be requested for those coming from countries deemed high risk.

“For those coming from countries with less risk, we will make an arrangement for entering the country without entering quarantine, provided that a PCR test certificate is provided.”

The news brings welcome relief to foreigners trapped abroad due to the lockdown restrictions imposed globally to contain the coronavirus pandemic.

Thousands of TRNC citizens and residents had travelled abroad for work, holidays, visit relatives, attend funerals, or to receive health treatment when they suddenly found themselves unable to return home after the Turkish Cypriot government closed its airspace and land borders on 14 March.

Another decision by the Council of Ministers five days later barred foreigners, including those with residency, from entering North Cyprus at all during the coronavirus crisis.

Charter flights were arranged from Britain and Turkey to primarily help bring back young Turkish Cypriot citizens studying abroad. A condition of those returning home was to be quarantined for 14 days in a place of the government’s choosing.

Hotels and university digs were used, with each quarantined person costing the government 5,000TL for the fortnight. The TRNC authorities did not have the financial resources to extend this offer to all its citizens trapped abroad, let alone to foreigners.

As a result, expatriates stranded abroad have faced a long and uncertain wait, many left relying on the charity of friends and family, or paying expenses rents for accommodation until the Turkish Cypriot authorities reversed the ban.

After winning its battle with coronavirus, the TRNC government started to ease the lockdown restrictions. Each week for this past month, officials have set out the conditions for locals to resume some form of normality.

One of the announcements confirmed that citizens with a permanent home in North Cyprus could return on 1 June.

Last week, the TRNC Foreign Minister Kudret Özersay said during a television interview that foreigners with residency permits would be allowed home soon after this first wave.

On Thursday, 28 May, a British Residents Society delegation led by chairman Peter Wilkins had met with Prime Minister Ersin Tatar (pictured top), and separately with Dr. Özersay’s Undersecretary Güneş Onar to press for a date for the return of expatriates.

Talking on camera during part of his meeting with the Prime Minister, Mr Wilkins asked, “What we can do to get these people back quickly?” to which, Mr Tatar replied, “We are also very much keen to bring them back.”

The Prime Minster explained that the first wave would allow TRNC citizens to return, followed by the expats.

Mr Tatar said there would be “three flights in early and middle June to bring them back,” and those returning must go into immediate “quarantine” when they arrive back in North Cyprus.

He told the BRS delegation the biggest challenge was a lack of scheduled flights to North Cyprus, but that Turkish Airlines had been “very receptive” to TRNC requests for help to bring back those stranded abroad.

The Prime Minister added, “I hoped that by the end of June, the mission will have been completed.”