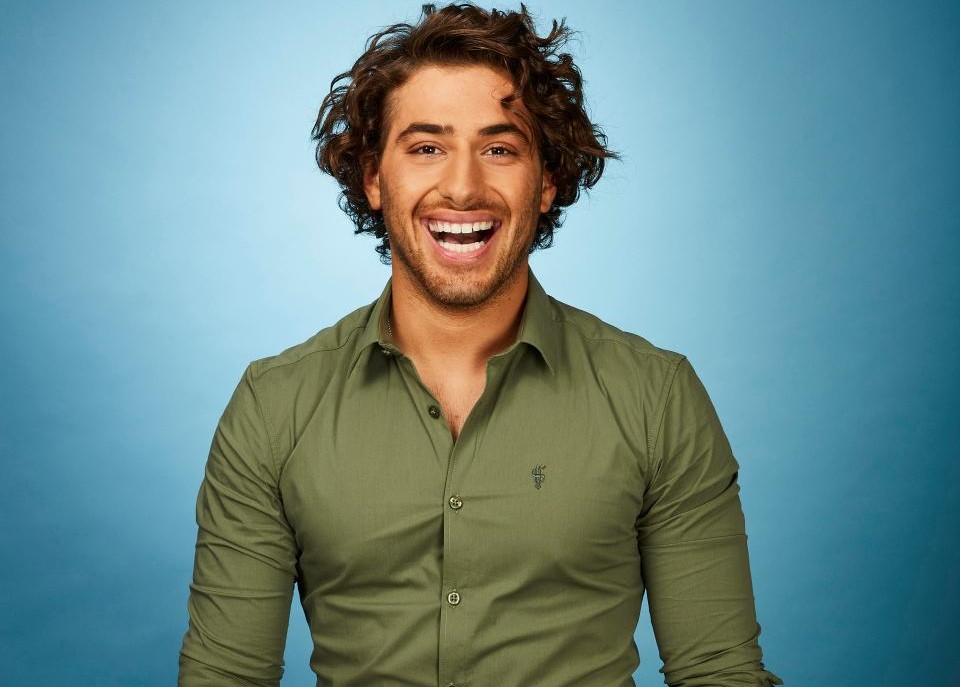 On Sunday 7 Jan, Kem Cetinay starts a brand new adventure – on the ice rink! Yes, Kem has been recruited by ITV for the return for its hit series Dancing on Ice. Here he is talking about his skating abilities, how he’ll deal with criticism from the judges, and loving his new sequins and lycra outfits.

What is the biggest appeal about doing Dancing on Ice?

I’m a very competitive person, and I’ve always been into my sports, so it’s a chance to work towards something. I might not be amazing at ﬁrst but I can keep training and getting better. My family have always loved the show as well, so it was something that really excited me.

What is your biggest fear about doing the show?

Trying to lift my partner, but falling over and hurting myself and her. I’m quite small so I need to have a small partner, otherwise I won’t be able to lift them. Imagine lifting someone and trying to skate? Surely you fall over. And then if I fall over, what do I do? Do I get up? Do I carry on? Do I just lay on the ﬂoor on the ice?

Have you skated before and how would you rank your skating ability?

I have been on an ice rink before with my friends, but not in a very long time. I’ve just been on and fallen down a few times and that’s about it. I want to be as good as I can be. I am going to put everything I can into it and take it very seriously in terms of my diet and training. It’s not about where I come in the show, it’s about developing.

As a dancer, are you usually ﬁrst on the dance ﬂoor or last up?

I am deﬁnitely up ﬁrst. I think my dancing’s good; I’m just a bit eccentric with my dance moves. I’ll deﬁnitely be putting some moves into the skating.

Never thought this time last year that I’d be training for @dancingonice ready to cut a few shapes on the ice in janHave to say thank you so much to my lovely partner @almurph18 for being patient with me and having hope in my skating but look at least we started lifting today…….

Are you a naturally competitive person?

I’m very competitive. I’ve played football semi pro all my life. For me, I’m not doing it to be at the bottom. It’s not about beating other people, it’s about doing it as well as I can and not ﬁnishing thinking ‘I could have done better.’ It’s a competition so I want to win.

What do you hope to get out of the show?

Just doing something that is out of my comfort zone. I want to push myself and do something really competitive, and hopefully see lots of progression. It will be fun, even though we are all up against each other, hopefully it will be one big family, like Love Island was.

Do you take criticism well and are you nervous about the judges’ comments?

I’m not very good at taking criticism, my mum and dad say. I’m getting better I think, but I’ll probably be a bit scared of the judges. If they give me criticism, I’ll stand there like a little boy being told off. But I’ll be working myself up, so if they give me criticism I will be going home and analysing it, trying to improve. So in some ways it will help me because it will make me more competitive.

The costumes are always a stand out part of the show – will you be embracing the lycra and sequins or does it ﬁll you with dread?

I’m so extra it’s a joke! I want more colours, more sequins. I love that type of stuff. If you’re going to do it, you might as well do it properly. I don’t want to wear a basic outﬁt, I want to be over the top. That’s just the way I am.

Who do you think your biggest supporters will be going into the show?

Hopefully the Love Island fans, as they’ve already voted for me to win that show. So I’m hoping they really get behind me and push me through. Hopefully families and mums and dads as well, as the older generation who haven’t seen as much will hopefully like me and vote for me. My mum and dad will come down a lot and Chris said he’d come to as many as he could.

Your weekends will be fairly hectic from now on – if you weren’t doing Dancing on Ice what would you be doing?

I like to go for dinner, go for drinks, meet my friends, and have a good time. I like to socialise but on a Sunday I try to chill at home, watching ﬁlms. I get loads of snacks and just chill and try not to overdo it.

Do you have any other unfulﬁlled ambitions?

I’d love to do presenting one day. When I’m ready for it. I see people like Rylan and I ﬁnd him really interesting to watch as he is so his own character. I never thought I’d be doing Dancing on Ice and I’m excited about it, so whatever comes my way. Who knows? I could be a pilot, I’ve always wanted to be a pilot.

Did you watch the show before and what is your favourite Dancing on Ice memory?

Watching Todd Carty fall over. He ﬂew down the tunnel. It was so funny.

Photos of Kem Cetinay photo courtesy of ITV/Dancing on Ice.