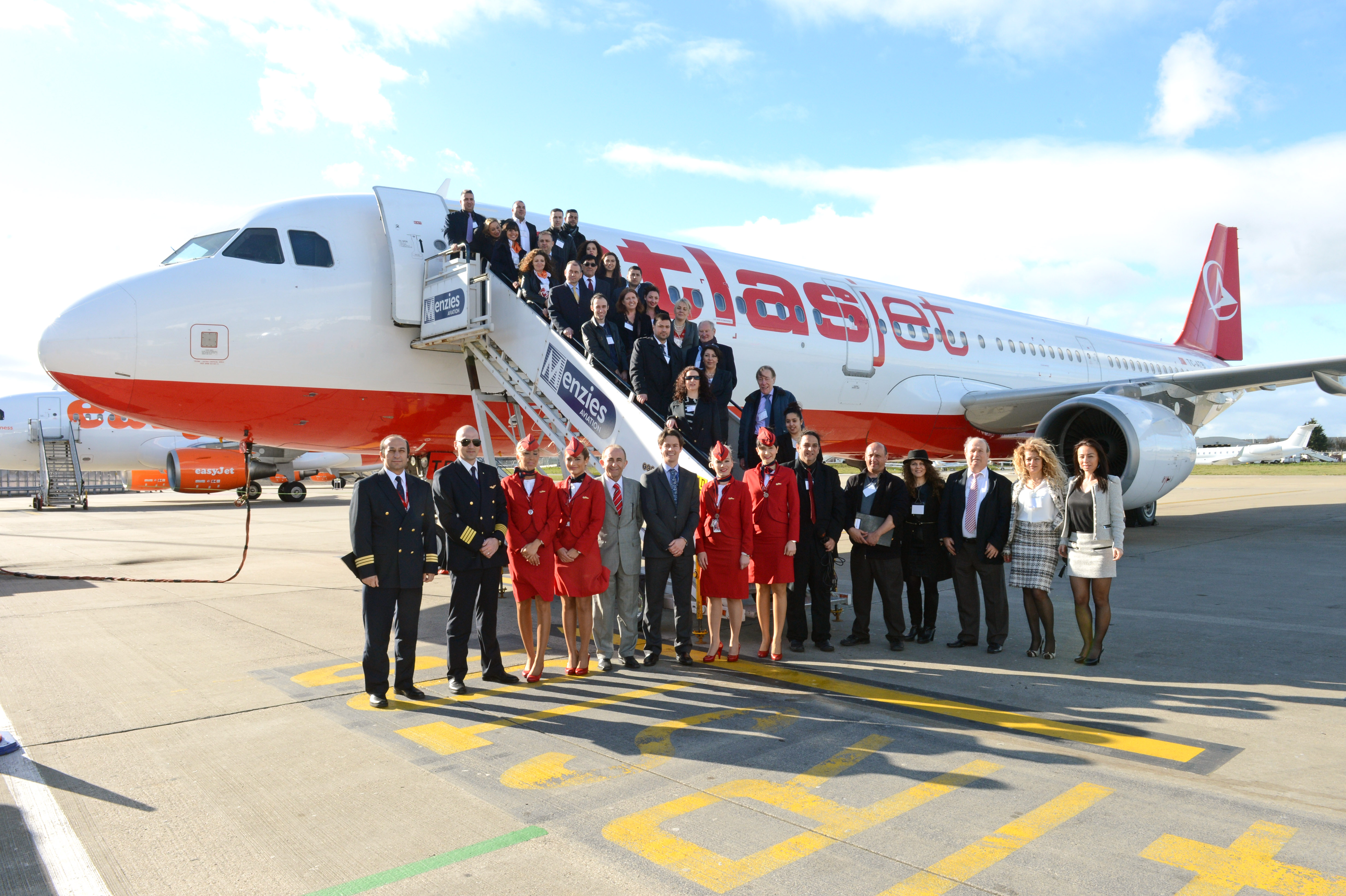 Turkish carrier Atlasjet is returning to London to launch scheduled flights between London Luton Airport and Ercan Airport in North Cyprus via İstanbul Atatürk Airport. The new service launches on 2nd May with four flights per week, increasing to daily from June. Entering into a crowded marketplace, the airline aims to lure passengers from its rivals with a promise of high quality in-flight services and low fares.

Atlasjet’s flights from Luton will depart at 12:20, arriving in İstanbul at 18:05, before the same airplane proceeds on to Ercan in the Turkish Cypriot capital of Lefkoşa. Flights into the UK will arrive at 11:20. The airline’s Ekonomiplus fares to İstanbul start from £68 and to Ercan from £108, which include all taxes and service charges. Tickets can be booked at www.atlasjet.com and from authorised agencies.

Those wishing to fly on to other destinations in Turkey, the Middle East and Central Asia will be able to take advantage of Atlasjet’s extensive network. The airline offers convenient connections from İstanbul to Antalya, İzmir, Bodrum, Dalaman, Adana, Gaziantep, and internationally to Erbil, Tehran, Tbilisi, and many other destinations.

“There’s no doubt Atlasjet is a quality carrier, but they do have to prove they are here to stay”

Launched in 2001, Atlasjet boasts a strong safety record and a positive reputation for its customer services. It has previously twice tried to launch UK flights, but on each occasion the service was short-lived.

The new services came soon after the collapse of Cyprus Turkish Airlines (CTA) in 2010. Atlasjet stepped in initially to help fly stranded CTA passengers. However, when the national Turkish Cypriot carrier failed to refund passengers that were unable to fly that summer, Atlasjet found itself the target of a law suit from unhappy British consumers, putting a halt to their UK flight plans.

Adnan Demiray from long-established travel agent Alternative Travel told T-VINE, “There’s no doubt Atlasjet is a quality carrier and we look forward to working with them. However they do have to win over the British public and prove they are here to stay given their earlier failed attempts.”

The airline also needs to win market share from its well-established UK rivals. They currently make 126 weekly flights to destinations in Turkey or North Cyprus, with 75% of these from London’s three main airports: Heathrow, Gatwick and Stansted.

According to figures released by trade publication Anna.aero in February 2014, Turkish Airlines remains the clear market leader serving six British airports and commanding 71.6% of seat capacity. A distant second is British Airways with 17.4% of the 24,000 weekly seats available. Pegasus is on 11.0% with its daily İstanbul Sabiha Gökçen to London Stansted link.

Just 20 minutes north of London, it takes 5 minutes to clear security and reach the aircraft at Luton airport

Last month, Easyjet ended its Luton to İstanbul flights, leaving the cost clear for Atlasjet. However, with less than 4% of passengers to Turkey flying from Luton, the airline has its work cut out to lure passengers to London’s fourth airport.

A spokesperson from another travel agent, Happy Days, said: “Getting passengers to travel out from Luton will be the biggest challenge. Our customers are used to flying from Stansted, Gatwick and Heathrow. If Atlasjet can keep their prices low and do a big marketing campaign, it will certainly help boost trade.”

To help inform prospective customers, Atlasjet has launched a major print and outdoor advertising campaign. Their adverts are now appearing in various newspapers and magazines, as well as on the sides of London buses and in key tube stations across the capital.

In March, the airline also invited British Turkish tour operators, travel agents and media, including T‑VINE, to tour London Luton Airport to see first-hand the facilities and benefits of being a smaller airport. Luton is a 20 minute drive up the M1 motorway and also boasts excellent train links from the capital, with journey times of just 21 minutes to London St Pancras. While home to a wide range of duty-free shops and restaurants, the small size of the terminal building means passengers can clear security and reach the aircraft in 5 minutes.

Mustafa Ebgü, Atlasjet’s UK Manager said: “We were able to take the group through security and on to a waiting Atlasjet plane, and the whole process took little more than 5 minutes. We will be carrying our passengers on the 200-seat Airbus 321-200, so it was great to be able to give them a little preview of the comfort and quality that we offer on Atlasjet.”