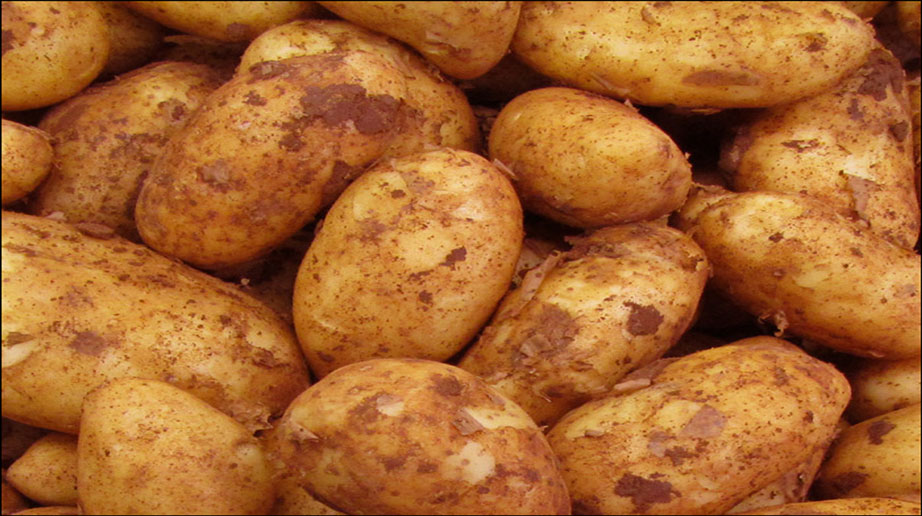 A businessman in South Cyprus has been attacked after doing a deal to export Cyprus potatoes grown in North Cyprus. According to a report in the Cyprus Mail, Christos Christofi has had shots fired outside his home, received calls threatening to burn down his premises and last week faced a protest by an unruly mob, which included MPs from the ruling DISY party.

The problems arose in July after Mr. Christofi struck a deal with potato growers in the TRNC. In line with the EU’s Green Line Regulation (GLR), which facilitates direct trade between the two sides, the plan was to bring 700 tonnes of Turkish Cypriot-grown potatoes across the border and then export them to Greece and the UK.

Soon after Mr. Christofi’s Sowrrano Fresh packaging plant, which is based in Achna, south Famagusta, started trading with North Cyprus, shots were fired outside his home. He decided to stop, but resumed again last week.

On Saturday, some 200 protestors assembled outside the Sowrrano Fresh premises. Among them were Greek Cypriot farmers, exporters, and politicians. Four of the MPs were from President Anastasiades’ DISY party, two from far-right party ELAM, and the seventh was a Famagusta MP from the Solidarity Movement.

The businessman told Cyprus Mail that during the protest he also received calls “from unrecognised phone numbers saying his premises would be burned down, and that problems would be caused for his family.”

British police stationed in nearby Dhekelia, one of the sovereign British areas, were asked to intervene to prevent the protestors from entering Sowrrano Fresh’s premises. But the troubles have not ended, as the company’s overseas clients have been contacted and told the potatoes ‘originate’ from Turkey, which is not allowed under the GLR. The protests have meant only 150 of the planned 700 tonnes of potatoes have managed to cross the Green Line.

On Monday, South Cyprus’ Agriculture Minister Nicos Kouyialis visited Sowrrano Fresh and confirmed that everything conformed with the GLR’s strict requirements: the potatoes were certified as originating from North Cyprus and were not harmful to health.

Yet the protestors maintain Sowrrano Fresh’s activities are “illegal”. During a telephone interview on Politis Radio, DISY MP Kyriacos Hadjiyiannis told presenter Katerina Eliades they had gone “to protest about the illegal trade.”

When challenged that the trade was lawful, Hadjiyiannis repeated his comments. He also dodged questions about why DISY politicians had attended a protest with ELAM before hanging up.

“We are trying to create good relations. I want our country to be reunited and if we don’t start now, then what’s the point?”

Countering accusations he was trading with the “illegally occupied North”, Mr Christofi told Cyprus Mail reporters, “We are trying to create good relations. I want our country to be reunited and if we don’t start now, then what’s the point?”

There has been no comment about the incident from Cyprus’ two Presidents, Nicos Anastasiades and Mustafa Akıncı, who are currently locked in negotiations to unite the island.