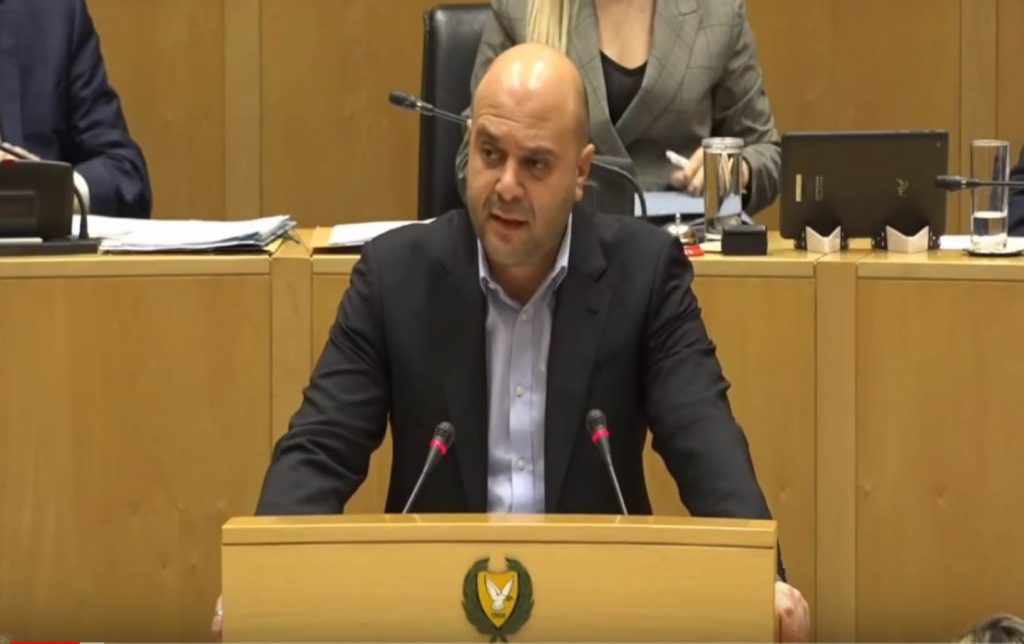 Christou, currently one of two ELAM MPs in the 50-seat South Cyprus Parliament, says the party is seeking to win one of six seats allocated for Cypriots in next year’s European Parliamentary elections and take advantage of the growing presence of right-wing parties represented in the European Union:

“Nationalists are continually on the rise in the EU. From the contacts we’ve made, we’ve come to the conclusion that we can grow support for our preferred solution of a unitary [Cypriot] state and create an anti-Turkish axis.”

Explaining that ELAM, or National Popular Front, was formed to represent a specific ideology, which will seek to become a serious political power and take control of the Greek Cypriot Presidency. When questioned whether his party is ‘racist’, he told the Simerini reporter:

“If holding the Greek flag aloft, protesting against 20 July (Turkish intervention in Cyprus) at Ledra Palace border, and chanting ‘Turks Out’ is racist, then most are [racist]. I am also like that.”

According to Christou, it was only after ELAM got into the National Council that the mainstream parties’ position on a Cyprus solution was challenged. He said, “It’s not enough to reject a bi-communal, bi-zonal federal solution. We are taking the unitary state solution forward. Because it’s the only way for Cypriot Hellenism to exist and for the Cyprus Republic to continue.”

The interview, which was also covered in Turkish Cypriot media such as Kıbrıs, also captured Christou’s objections to the two new border crossing points between North and South Cyprus.