Anatolian songbird Olcay Bayır to appear at the Equator Festival: Women of the World 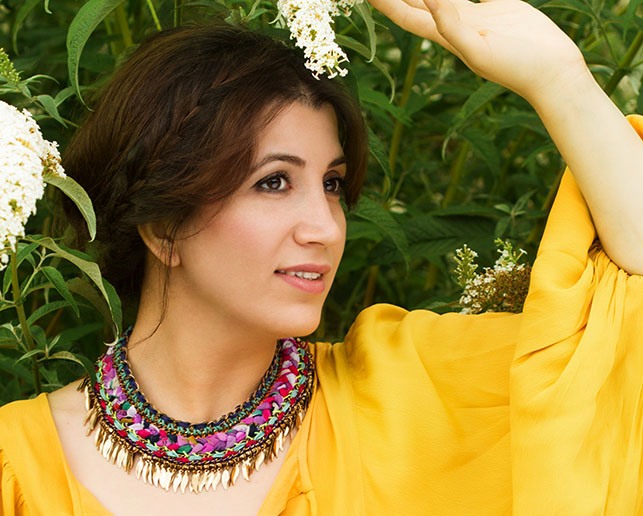 Now a decade old, the Equator Festival brings top-quality international artists to London, Kent, France and beyond, with a cross-cultural celebration of music, dance and theatre events from Africa, Latin America, India, China, along with the best UK-based performers. On this year’s bill for London is gifted singer Olcay Bayır.

Originally from a small town near Gaziantep southeast Turkey, London-based artist Olcay Bayır is a classically trained soprano with a unique velveteen voice. She has carved out a fine reputation in the UK’s global music scene for effortlessly combining the rich musical heritage of her Anatolian homeland with jazz, neo-classical and 21st century urban sounds.

Olcay was nominated for Best Newcomer in the Songlines Music Awards and described by Guardian Music as “an impressive newcomer to London’s vibrant global music scene” following the release of her debut album Neva. This stunning album took listeners on a journey across lands once linked by the Ottomans, with Olcay singing in Turkish, Kurdish, Armenian, Albanian, Greek and Ladino.

She’s currently working on her new album with producers Al MacSween and Giuliano Modarelli of Kefaya fame. The album, which is being supported by the PRS Foundation under its Women Make Music scheme, will again see Olcay draw on her Kurdish Alevi roots to create powerful life-enhancing original material alongside evocative traditional songs, underpinned by a contemporary groove.

Always fantastic live, hear her incredible vocal range when she performs later this month at King Place, near King’s Cross.