Aşk – a show about love told through Oriental, Romani and Sufi dance 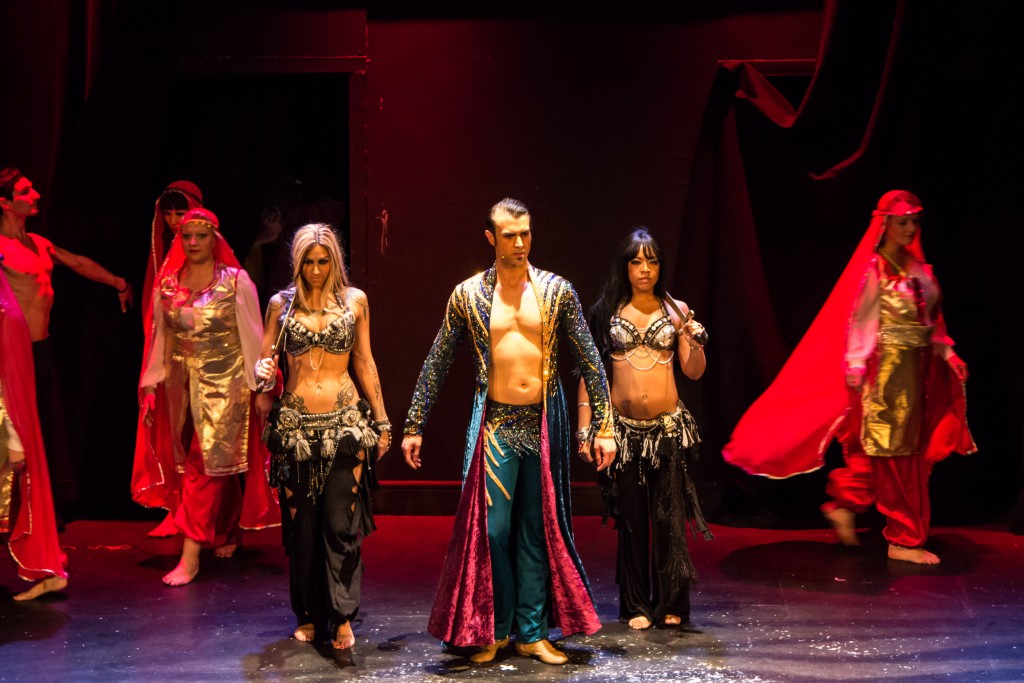 Next Saturday sees the return to London of a spectacular community show called ‘Aşk’ – Turkish for ‘Love’. Since its world premier in London last May, the show has travelled to Australia for sell-out performances and later this year will tour Japan.

The first of two tales about love takes place in a bright and bustling Turkish Romani camp. Passions run high as two men fight for the affections of a woman. The atmosphere changes as we switch to the sumptuous setting of the Ottoman Court. When tragedy befalls, it triggers a deep sorrow caused by a love lost forever.

Drawing on his ethnic roots, Özgen uses Turkish Romani, Oriental and Sufi culture to great effect, with the sounds, colours and movement adding to the heightened drama of the two love stories.

See the trailer for Aşk with clips taken from its Australia shows.

Supported by the Arts Council (England) and produced in conjunction with Dunya Bellydance, the show’s cast include both professional dancers and local community performers. Its diverse mix reflects Ozgen’s ongoing commitment to community shows that empower women at different stages of their dance journey through the Turkish style of dance – some of the women will be dancing in front of a live audience for the first time.

Aşk is being staged at the Bernie Grant Arts Centre, north London, for one night only. After London, the show travels up to Scotland.