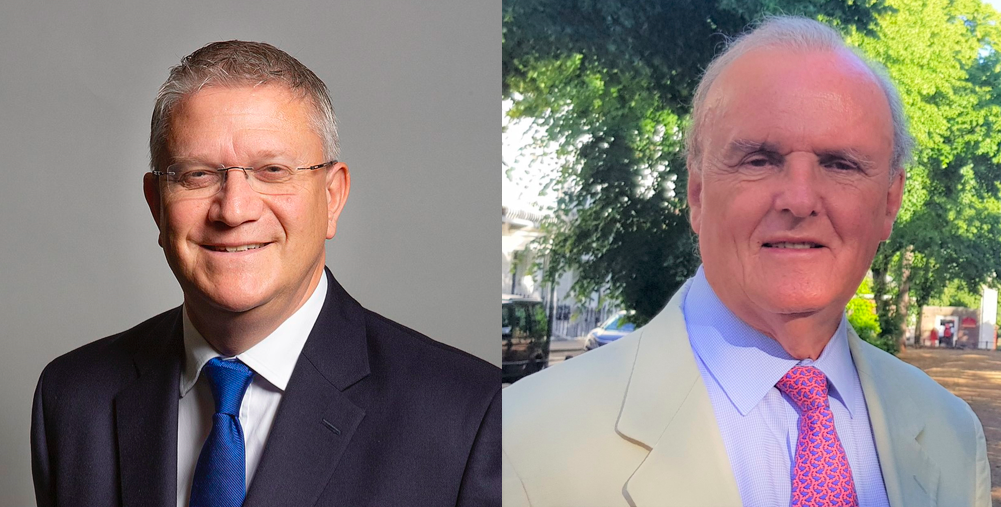 Tonight a group of current and former British Parliamentarians will form part of a panel to debate ‘What is the future for Cyprus?’

It is the first of three monthly online debates being organised by the British Turkish Cypriot Association.

The purpose, they say, is “to allow an honest and free discussion to explore what might happen towards and beyond the talks at the UN and allow a voice for the Turkish Cypriot community, giving a voice to a community who have been internationally ignored and unheard for too long.”

The 2-hour debate is being broadcast live on North Cyprus state television BRT at 7pm UK time (9pm TRNC time), and also being streamed on Zoom, where up to 500 pre-registered viewers can not only watch, but also ask questions to the panel.

The timely event, supported by the Council of Turkish Cypriot Associations UK (CTCA) and think tank the Circle Foundation, seeks to inform the debate triggered by the election of Ersin Tatar – an ardent supporter of a 2-state solution –  as president of the Turkish Republic of North Cyprus (TRNC) in October 2020.

Why hasn’t the Cyprus Problem been solved?

Since the conflict first broke out in Cyprus in December 1963, Turkish and Greek Cypriots have tried to find a way to again live together and share power.

All eleven settlement plans put forward with the assistance of the United Nations since 1964 have been rejected by the Greek Cypriot side.

In the aftermath of the 1974 War, the two sides split into two ethnic zones in Cyprus: a Turkish north and a Greek South. This gave birth to the bi-zonal, bi-communal federation concept, which both Cypriot sides signed up to in the High Level Agreements of 1977 and 1979. It has also been endorsed by the UN and wider international community.

For decades, the two Cypriot sides have tried to forge a permanent deal based on the framework set out in these High Level Agreements, but it has been impossible to bridge the needs and expectations of the Greek and Turkish Cypriots.

After multiple failed talks that has involved dozens of political leaders and negotiators from across the political spectrum, it is clear the current approach is not going to yield the desired result of a unified Cyprus.

The absence of a settlement hasn’t stopped life in the island, which has continued to evolve under two separate administrations.

While North Cyprus exists de facto, only South Cyprus has international recognition. As a result TRNC citizens are deprived of the rights and opportunities enjoyed by those living south of the Green Line border.

Promises made by the international community, and specifically the European Union, to end the international isolation of Turkish Cypriots have failed to materialise. They remain trapped under political, trading, cultural, and social embargoes at the sole insistence of the Greek Cypriot side, and the uneven way the world opts to treat the two sides.

Cyprus at a Crossroads

Tatar was elected off the back of growing frustration in the TRNC at the lack of progress in the talks and the world’s indifference to the isolated status of Turkish Cypriots. The new TRNC President is committed to getting recognition for the ‘sovereign equality’ of the Turkish Cypriot people and its TRNC state.

Yet support at the ballot box for his rival and predecessor Mustafa Akıncı, who is an avowed federalist and was beaten by Tatar 52% to 48% in the run-off last year, shows not all Turkish Cypriots are convinced that a 2-state solution is desirable or even viable.

Aiming to inform the debates, are Cyprus political experts, international relations academics, lawyers, and British politicians, who will discuss the key considerations over a series of three online debates.

The debates kick off on 26 January 2021, and will be held monthly, continuing again on 24 February and 24 March.

The ‘Question Time’ format will see critical questions posed by BTCA and the audience to the panellists, which will vary for each session.

It is a must-see for anyone who wants to understand the past, present and future of Cyprus, offering fresh insights and lesser heard viewpoints.

Those who miss the event can see the debate on BTCA’s YouTube channel.

Event Title: What is the future for Cyprus?

Location: Online on Zoom (need to have registered and downloaded the Zoom app)

Event Details: watching the online debate is free, but viewers must register in advance.

You can register by clicking on this link.

The Host and Panel A former Conservative MP and Minister for Civil Society with a strong background in Middle East politics and Track 2 diplomacy. Currently, Brooks is a visiting academic in the Dept of Politics and International Relations at Oxford University.

Andrew Rosindell has been the Conservative Member of Parliament for Romford, in Essex, since 2001. Andrew grew up in Romford and was a councillor in the area prior to his election to Parliament. Since becoming an MP, Andrew has served in the Shadow Cabinet as Shadow Minister for Animal Welfare from 2007-2010, as a member of the Foreign Affairs Select Committee from 2010 to the present, and as the Trade Envoy to Tanzania from 2018-2020.

He is the Chair of numerous APPGs including the Canada APPG, Australia and New Zealand APPG, and the Commonwealth APPG. He was a prominent campaigner in the Brexit referendum of 2016.

A former Member of Parliament (2005-2015) for Ilford North, Lee served as PPS to Rt. Hon Phillip Hammond MP and to the Rt. Hon Chris Grayling MP.

Since leaving Parliament, Lee has helped in the charities sector and takes a special interest in Middle Eastern politics.

Michael Stephen is a former Conservative MP and Harkness Fellow in International Law at Harvard and Stanford.

He was an Adviser to President Denktaş between 1986 and 2005, and is the author of “The Cyprus Question”.

In his written evidence to the House of Commons entitled Why is Cyprus Divided? (2004) Stephen accused the UN of Betraying Turkish Cypriots.

Since 2002 Hüseyin has been a full-time lecturer in various universities in Turkey, Britain and North Cyprus. He has over fifty publications written in English and Turkish in various peer-reviewed academic journals and books.

He is the editor of the six books, including Turkish Foreign Policy in the New Millennium, Blue Apple: Turkey-European Union Relations, Turkey’s Relations with the Middle East: Political Encounters after the Arab Spring, “Historical Examinations and Current Issues in Turkish-American Relations and “Cyprus: Alternative Solution Models.”

In 2014, Professor Işıksal joined the Consultative Committee of the TRNC Presidency for the negotiations. He was also the Near East University Representative on the TRNC Higher Education Supervision and Accreditation Board International Relations Planning and Co-ordination Group.

He is a regular media commentator on the Cyprus Issue, Turkish foreign policy, European Union-Turkey relations and Middle Eastern politics.

In December 2020, he was appointed to his current position at the TRNC Presidency.