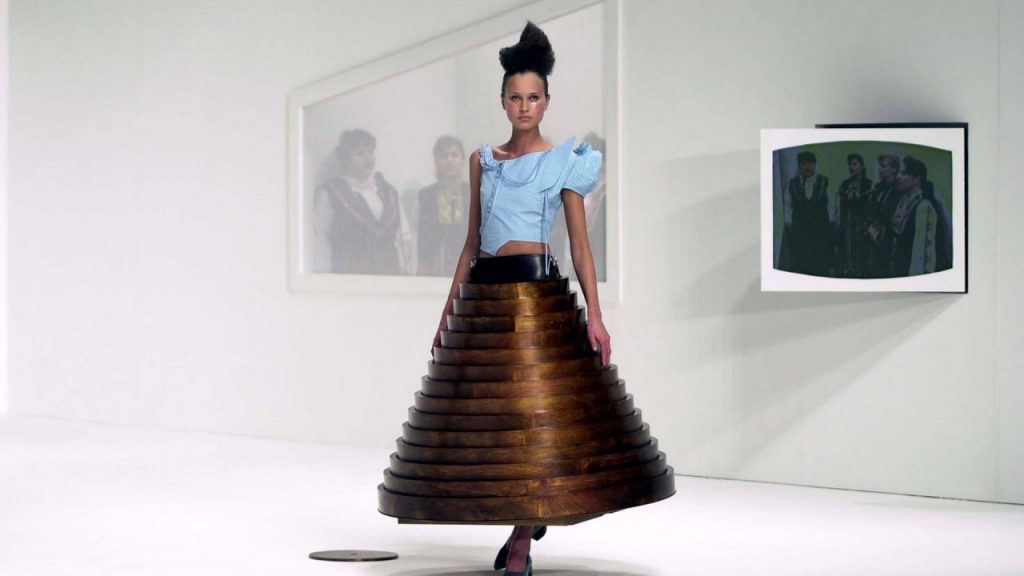 Globally renowned fashion designer Hussein Chalayan’s work will be featured at the Victoria and Albert Museum (V&A) from 15 to 23 September, as part of this year’s London Design Festival. It follows an announcement that Chalayan is the recipient of this year’s Panerai London Design Medal – the capital’s top design prize. He will be awarded the medal at a special ceremony at the Queen Elizabeth Hall, Southbank Centre, on Monday 17 September.

One of four medals awarded this year, event organisers describe the Panerai London Design Medal as, “the highest accolade bestowed upon an individual who has distinguished themselves within the industry and demonstrated consistent design excellence.”

A selection of Chalayan’s designs will be showcased at the British Land Celebration of Design Medal Exhibition at the V&A. His work will be displayed alongside the other three medal winning designers: Neri Oxman, an architect, designer, inventor and professor at the MIT Media Lab, who wins the Design Innovation Medal; fashion designer Grace Wales Bonner is awarded the Emerging Design Medal, recognising her impressive impact in fashion within five years of graduation. The Lifetime Achievement is awarded to architect Eva Jiřičná, for her “significant and fundamental contributions to the design industry” during her career.

Inspired by the idea of a card house, this year’s exhibition has been curated by Jane Withers and designed by OKOLO. It will guide visitors through texts, images, illustrations, prototypes, materials and objects, narrating the creative story of each designer including Chalayan. The idea is to present designers not just as creative individuals, but in the context of their creative world, understanding their signature styles, and exploring their inspiration behind their work.

Launched in 2003, the London Design Festival celebrates and promotes London as the design capital of the world. In 2007, awards were added to the annual festival to recognise the contribution made by leading and emerging designers to the city and industry. Four medals are awarded each year, which pay homage to designers who are making, or have made, a significant difference to people’s lives through their innovation, originality and imagination.

Who is Hussein Chalayan MBE?

The Lefkoşa born, now London-based Turkish Cypriot designer has twice been named British Designer of the Year (1999 and 2000) and was awarded an MBE in the Queen’s Birthday Honours List in 2006. In 2016, Wallpaper Magazine named him as one of the world’s top 20 design “game-changers”.

He shot to international prominence by creating some of fashion’s most experimental designs including frock coats that build themselves (AW 2007-08); coffee tables that morph into skirts (AW 2000-01); dresses with wings to mimic those of aeroplanes (SS 2000); and pieces that can be folded up into an envelope (SS 2000-01). He has also collaborated with a host of artists, including Bjork and Lady Gaga.

He is known as one of the fashion industry’s intellectuals – inspired by a multitude of creative disciplines, as well as politics, nature and technology. He described himself as ‘a weaver of different worlds’ in an interview with the festival organisers:

“I enjoy looking at different scenarios in the world, trying to understand them and discovering new connections between different facets of life. Influences from modern anthropology, politics, architecture, history, nature, the body, behaviour and technology all create the basis of a new project.”

More information: to find out more about the V&A exhibition click here, with information about the London  Design Festival via their website.