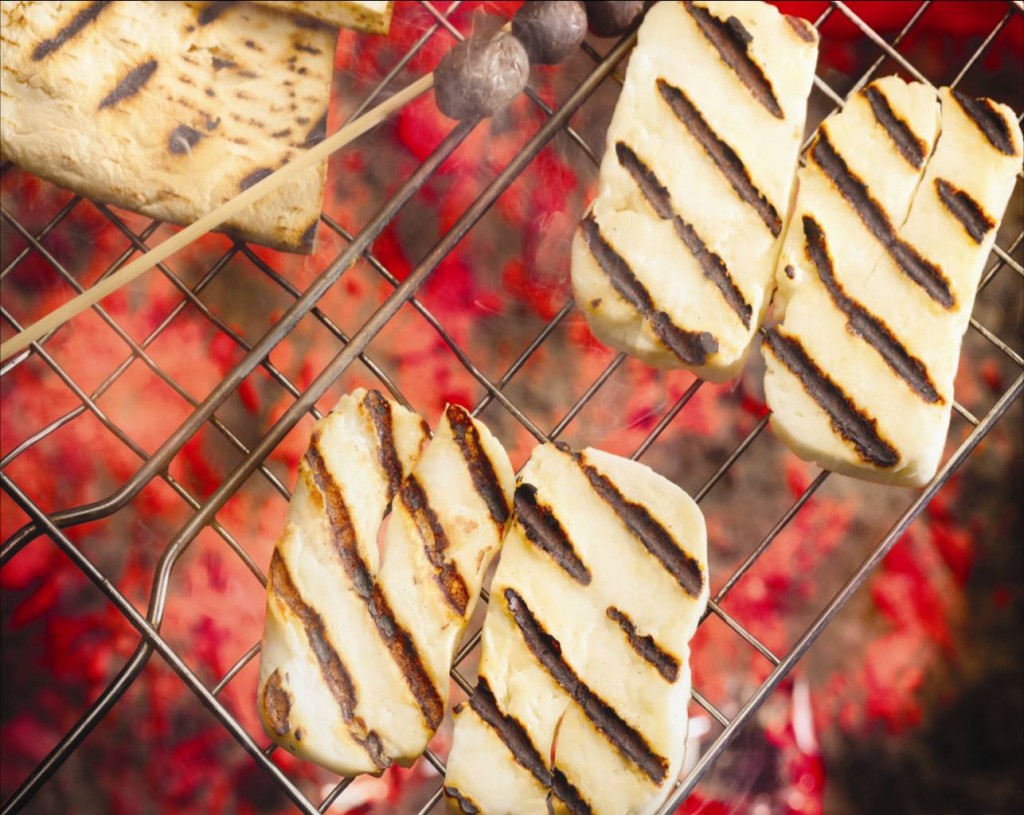 A minister has resisted calls to resign after the Greek Cypriot government suffered an embarrassing blow in its efforts to monopolise the name of traditional Cyprus cheese in the UK.

Georgios Lakkotrypis, the South’s Commerce and Industry Minister, faced calls to quit after it was recently revealed that South Cyprus had “lost” its UK trademark for “halloumi” cheese – called “hellim”in Turkish.

The cock-up occurred after bungling bureaucrats in his department failed to defend an application against the trademark in time.

They took too long to respond to legal action brought in December last year by north London-based Greek Cypriot food importers and distributors John & Pascalis Ltd, which had applied for the halloumi trademark to be revoked.

The company reportedly sells products manufactured in South Cyprus by a dairy that belongs to a cow farmers’ organisation, which is said to be opposed to the trademark because it stipulates that the cheese must be made from “sheep’s and/or goat’s milk”or “blends of cow’s milk”.

The UK Intellectual Property Office (UKIPO) had given the Greek Cypriot authorities a standard two months to respond.

However, it emerged that Mr Lakkotrypis’s ministry had previously changed its correspondence address from their UK-based solicitors to their South Nicosia headquarters. This meant that letters and reminders from the UKIPO ended up in the hands of buck-passing civil servants.

The UKIPO, in the lack of any defence from the Greek Cypriot government, was left with no choice but to declare the halloumi trademark – registered in 2002 following a 12-year long process – invalid.

A subsequent appeal against the decision was dismissed by Britain’s High Court in November.

In a damning verdict, judge Sir Richard Arnold said that the ministry had been the “author of its own misfortune”.

“There had been no adherence to any system or procedure for checking and dealing with registered letters,” he said.

“The official notification had been mislaid because the minimal degree of vigilance required to prevent that from happening was not exercised.”

Justice Arnold said that the Greek Cypriot ministry’s internal procedures were “so disorganised” that the letter of notification was “passed from official to official”.

He added: “If parties choose to give addresses for service outside the UK, then they must accept the consequential delays in receiving such communications.

“The ministry could have provided the IPO with an email address for correspondence in addition to the postal service address, but it did not.”

Greek Cypriot government spokesman Prodromos Prodromou said that the shambles had been “embarrassing”, “painful” and an “act of suicide”.

Under-fire Mr Lakkotrypis hit back, insisting that the trademark had not been relinquished.

“We have not lost halloumi in the UK nor has anyone else won the trademark,”he was quoted as telling a group of Greek Cypriot MPs.

“Neither will exports cease. What we lost is an important tool, which helped us defend the trademark.”

He stressed that a “disciplinary” probe had been launched to establish how the correspondence blunder occurred and claimed that the UK market was still “protected” by an EU-wide trademark.

The UK is the single biggest international market for the “squeaky” cheese, accounting for nearly half of all exports from South Cyprus. Other big European consumers are Sweden and Germany.

Due to embargoes, the Turkish Republic of North Cyprus (TRNC) is shut out of the EU market.

Individual consumers attempting to bring in stocks of hellim from the TRNC in their baggage can face prosecution for breaking strict controls on food products brought into the EU. The UK government regards goods from “any area not under the effective control of the Government of the Republic of Cyprus”as “non-EU imports”.

TRNC producers do, however, sell in large volumes to countries outside the EU, such as Turkey and those in the Middle East.

In July 2015 the European Commission announced that both the halloumi and hellim names were set to receive “Protected Designation of Origin” (PDO) status after a “common understanding” was reached between EC President Jean-Claude Juncker, TRNC President Mustafa Akıncı and Greek Cypriot leader Nicos Anastasiades.

The agreement would see it added to a list of other well-known goods such as Parmesan cheese and Blue Stilton cheese, which can only be made within a specific geographical area using certain ingredients.

Natasha Bertaud, a Brussels-based spokesperson for the European Commission, told T-VINE that the PDO process was still continuing.

“A common understanding was found on 16 July 2015 by the President of the European Commission, after meeting with the leaders of the two communities of Cyprus, on the process for the protection of the Geographical Indication of the Halloumi/Hellim cheese by the EU law,” she said.

“The Commission is currently checking the reasoned statements received in the context of this application. It will process it on the basis of the common understanding once the conditions will be met.”

Asked if the UK’s planned withdrawal from the European Union in March 2019 would have any impact on the PDO application, she added:

“Brexit as such has no effect on existing Protected Designations of Origin within the EU. Whether their legal effects continue to apply, at least temporarily, in the UK depends on the ratification of the Withdrawal Agreement which is currently waiting for a vote in the House of Commons and in the European Parliament.”