Is Pakistan planning to recognise the Turkish Republic of Northern Cyprus? 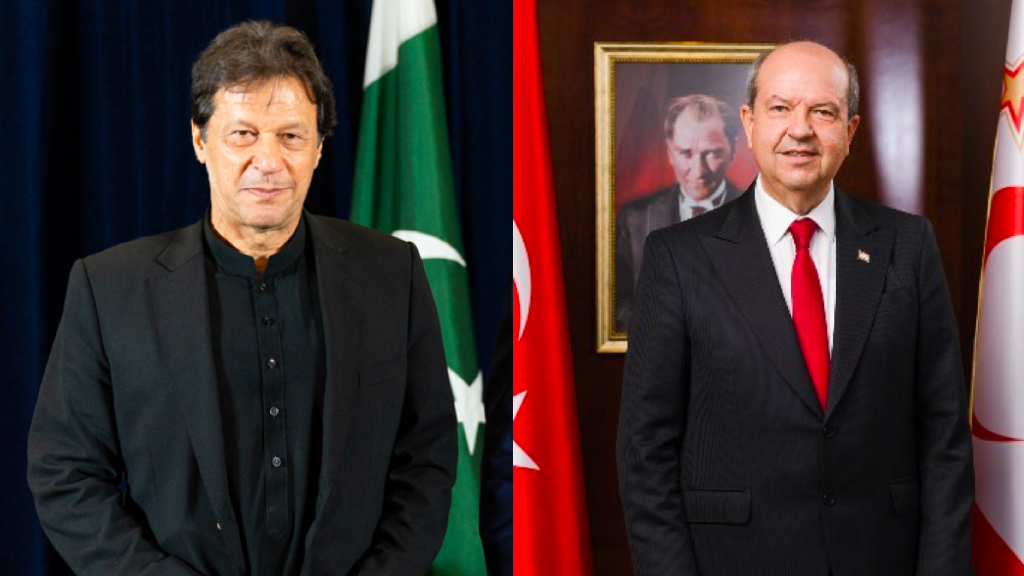 Ordinarily, an announcement by an embassy that its consular team is visiting their nationals abroad would not generate much excitement, but a Twitter post on Saturday, 10 July, from the Embassy of Pakistan in Ankara did just that.

The embassy said it would be “undertaking a 3 days [sic] visit to Turkish Republic of Northern Cyprus from 11-13 July 2021”, with “community interaction” taking place in the capital Lefkoşa and also in Girne on two consecutive days.

The tweet added that the venues for the meetings would be communicated “shortly”, while a follow-up tweet gave an email address for “Pakistan Community members in TRNC” to contact for further details.

Officially Pakistan does not recognise the Turkish Republic of Northern Cyprus (TRNC), yet its Ankara Embassy used the full name of the Turkish Cypriot state, creating a frenzy of interest on whether this indicated Pakistan will open formal diplomatic relations with the TRNC.

Internationally only Turkey recognises the TRNC. Pakistan was one of two countries (Bangladesh being the other) that also briefly recognised the TRNC after it was declared on 15 November 1983. However, due to intense international political pressure, particularly from the United States, both countries withdrew their recognition, leaving only Turkey standing by the TRNC.

The UN has called for the non-recognition of the TRNC and most states have gone to great lengths not to use the full name of the Turkish Cypriot state in their communications to avoid any inference of political recognition. Instead the opt for any number of alternatives, such as ‘northern Cyprus’ or, in the UK’s case, ‘north of Cyprus’.

The Pakistani Embassy’s tweet broke with that tradition and, given the tweet has not been removed, it is assumed it has the full blessing of its Ambassador to Turkey, Mr Muhammad Syrus Sajjad Qazi.

The TRNC tweet on Saturday attracted considerable attention. It has been liked over 1,500 times and retweeted or quoted more than 500 times – significantly more activity than the embassy’s tweets usually generate.

Dozens of people left comments underneath the first TRNC tweet too. Most applauded the announcement, and many shared their affection for Pakistan, Turkey and the TRNC. Others stated they hoped recognition of the TRNC by Pakistan would follow.

An account called The Pakistani Narrative wrote: “We hope that we can recognize TRNC officially and give it full diplimatic [sic] norms. This way we can be counted on the right side of history. Please FO, make it happen.”

We hope that we can recognize TRNC officially and give it full diplimatic norms.

This way we can be counted on the right side of history.

“Welcome to the Turkish Republic of Northern Cyprus. It is a great pleasure to welcome you as your brothers. As TRNC, we will be happy that our diplomatic missions will work in coordination.”

Welcome to the Turkish Republic of Northern Cyprus. It is a great pleasure to welcome you as your brothers. As TRNC, we will be happy that our diplomatic missions will work in coordination. pic.twitter.com/tECbNkFOBP

Mustafa B’49 tweeted, “Thank you Pakistan (and flag of Pakistan)! We will be happy to welcome you in our beautiful homeland Turkish Republic of Northern Cyprus. #PakistanZindabad”

We will be happy to welcome you in our beautiful homeland Turkish Republic of Northern Cyprus.#PakistanZindabad

Tweets from people of Greek heritage responded negatively to the embassy’s TRNC tweets, calling on Greece to break off diplomatic relations with Pakistan.

Alexander Bellas tweeted: “Greece must immediately suspend diplomatic relations with Pakistan. If Pakistan would recognize the illegal northern Cyprus they would lose all credibility in international arena.”

Greece must immediately suspend diplomatic relations with Pakistan. If Pakistan would recognize the illegal northern Cyprus they would lose all credibility in international arena.

Several directed racist abuse at Pakistan and Turkey, or called for Greece to repatriate Pakistani nationals living in Greece. Others berated the embassy claiming, as Vanessa Roxx did, that, “There is no such thing called turkish republic of N. Cyprus!”

Responding to a question about the Pakistani Embassy’s tweet, British academic and Cyprus expert James Ker-Lindsay poured cold water over speculation it was a precursor to recognition of the TRNC:

“Any country can recognise another. That’s not disputed. But Pakistan doesn’t recognise the TRNC. And I don’t think one tweet by an embassy means anything. Let’s see a formal statement from @ForeignOfficePk or what @CyprusMFA says.”

Sorry. But I don’t understand your point. Any country can recognise another. That’s not disputed. But Pakistan doesn’t recognise the TRNC. And I don’t think one tweet by an embassy means anything. Let’s see a formal statement from @ForeignOfficePk or what @CyprusMFA says.

Although Pakistan doesn’t formally recognise the TRNC, it has always treated Turkish Cypriot representatives posted to Islamabad as if they were ambassadors.

Historically, British Pakistanis contributed generously to aid appeals from the UK’s Turkish Cypriot community to help their families who endured ten years under oppressive Greek Cypriot rule, between 1964 and 1974, and that friendship has continued to the current day.

Pakistani nationals have long lived, worked and studied in the TRNC, and their numbers are increasing.

We are brothers forever pic.twitter.com/dfVg5ShDtu

Traditionally, Pakistan and Turkey have been allies, with the relationship deepening in recent years. Pakistan’s Prime Minister Imran Khan, who has a Turkish Twitter account, and Turkey’s President Recep Tayyip Erdoğan have increased co-operation in a host of areas, including the military and on shared diplomatic interests, such as Azerbaijan and Palestine.

Both men combined to call out French President Emmanuel Macron over his anti-Muslim comments and policies. They are also leading lights in ECO (Economic Cooperation Organization), a regional bloc that is larger than the European Union and where the TRNC is an observer country, which is seeking to create free trade between its ten member states.

As Turkey plots a path forward for Turkish Cypriots, it is likely Pakistan will play an important and positive political role too.

TRNC President Ersin Tatar, who enjoys strong backing from Ankara, was elected in October 2020 on a pledge to pursue a 2-state solution in Cyprus.

While the Turkish Cypriot leader has yet to actively seek recognition of the TRNC, he has repeatedly stressed that two states is the most realistic way to end the decades old dispute that dominates the island, because this state of affairs already exists in Cyprus.

The island has been ethnically split since January 1964, following a Greek Cypriot coup in December 1963 where they seized control of the Republic of Cyprus and ripped up the power-sharing constitution and arrangements with Turkish Cypriots. Greek Cypriots have stubbornly held on to power ever since, a situation not only tolerated, but actively supported by the international community.

The division between Turkish Cypriots and Greek Cypriots deepened following the 1974 War, resulting in the creation of two ethnically separate zones on the island, the Turkish north and the Greek south. While Greek Cypriots refer to the north as a “Turkish occupation” in its propaganda war, their leaders signed treaties agreeing to this geographical separation on ethnic lines, including the Population Exchange Agreement of 1975, and the High Level Agreements of 1977 and 1979.

As a result, all UN plans for reunification of the island since 1977 have been on the basis of a bi-communal, bi-zonal federation, further cementing the permanence of two separate ethnic entities in Cyprus.

Decades of talks for a new power-sharing federal solution have failed primarily as Greek Cypriots do not want to lose the advantages they gained at the end of 1963, They have overwhelmingly rejected the 2004 Annan Plan referendum and their leader walked out of the Crans Montana Summit in 2017. The latter was touted as the ‘last chance for a federal solution’.

The lack of a permanent settlement to the dispute is most keenly felt in North Cyprus, which remains politically isolated. The status of the TRNC means Turkish Cypriots are currently unable to trade, travel or communicate directly with the rest of the world – everything must go through Turkey or South Cyprus. Turkish Cypriots are also barred from participating in international events, including the Olympics and international football tournaments.

The embargoes and Greek Cypriot intransigence is a major reason why poll after poll in North Cyprus now shows at least 80% support for two independent states in Cyprus, and the current conservative-led TRNC coalition government is increasingly moving in that direction. It is also why political statements on the TRNC by actors such as Pakistan are viewed with such importance at this time.

The world will get a stronger insight into the likely strategy of the Turkish side when President Erdoğan visits the TRNC on 20 July – Freedom and Peace Day for Turkish Cypriots.