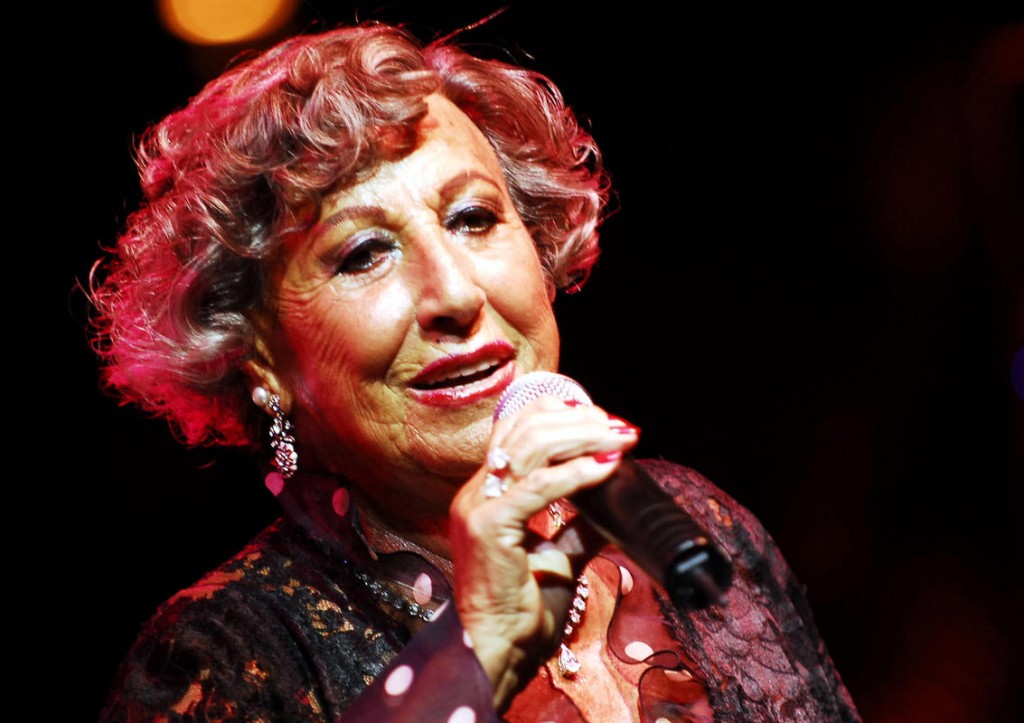 Müzeyyen Senar, the 96-year-old doyen of Turkish Classical music, was laid to rest on Tuesday 17 Feb. She had passed away at a hospital in İzmir last Sunday after contracting pneumonia, with her daughter Feraye and son Ömer by her side.

Thousands turned out to pay their respects to the singer who was buried following a service at İstanbul’s Bebek Mosque. Among the mourners were Bülent Ersoy, Muazzez Abacı, Mustafa Sağyaşar and Tarkan. Senar was later buried in the family plot at İstanbul’s Zincirlikuyu Cemetery.

Born in Bursa in 1918 during the final years of the Ottoman era, the teenage Senar studied music at the Anatolian Musical Society in Üsküdar, İstanbul. Her powerful voice caught the attention of renowned musicians and composers, including Sadettin Kaynak, Selahattin Pınar, Lem’i Atlı, Mustafa Nafiz Irmak, Sadi Hoşses and Baki Duyarlar. They helped develop her immense natural talent, teaching her how to sing songs popular at the time, and to compose and perform her own material.

Senar was invited to sing on İstanbul Radio alongside her music teacher Kemal Niyazi Seyhun Bey. She quickly shot to fame aged just 15 with her incredible vocal ability; the weekly Thursday show amassed a large audience, who affectionately dubbed her ‘diva’.

A few years later she started performing at the popular 10. Yıl Belvü Gazino (music hall) in İstanbul. In the years that followed, she would perform in the city’s other great gazinos, as well as at high-profile events attended by Mustafa Kemal Atatürk, the founder of the Turkish Republic, who was known for his love of Turkish classical and folk music. She quickly became one of his favourite singers.

In 1938, Senar was one of the early performers on Ankara Radio. With a national following, she regularly toured the country giving concerts. In 1947 she made her first international appearance, singing at the famous cabaret venue Le Lido in Paris.

She released some 30 albums during her career and appeared in several films including the autobiographical Analar Ölmez in 1976. Her final concert was at İstanbul Bebek Gazino in 1983 aged 65. After retiring, her public appearances became very rare, gracing the stage only on special occasions.

Senar’s lifetime achievements were recognised when she was named a State Artist in 1998. In 2004, a special concert was organised by Sezen Aksu to celebrate her 73 years as an artist, at which many of her peers performed.

She appeared in Faith Akin’s Crossing the Bridge: The Sound of Istanbul, a 2005 film that documented the music scene and cultural life of Istanbul – this the clip of Senar performing.

The singer taught and dueted with many of Turkey’s leading singers including Tarkan, Nilufer, and İbrahim Tatlıses. Bülent Ersoy, another of Senar’s star pupils, honoured her in 2009 by curating a special photography exhibition – Cumhuriyetin Divası: Müzeyyen Senar (Müzeyyen Senar, the Diva of the Republic) – documenting her life’s work.

In 2013, she received one of Turkey’s highest state honours, the Culture and Arts Grand Award.

She suffered a stroke in 2006 and after recovering, moved to Bodrum to live with her son and daughter. She had been moved to an elderly care home in January, but was admitted to hospital soon after. She was discharged, but re-admitted soon after suffering from pneumonia.

On learning of the singer’s death, President Erdoğan said, “Senar has left an indelible mark on our culture and art life, [she] will always be remembered with affection and respect.”

One of Müzeyyen Senar’s most popular songs was Gençliğimin Şarkıları (The Songs of My Youth), which was written by Fakih Özlem and Muzaffer İlkar.