Letters, Channel 4’s Travel Man on Cyprus “feeds into the inaccurate, biased, and racist narrative of the Greek Cypriot regime” 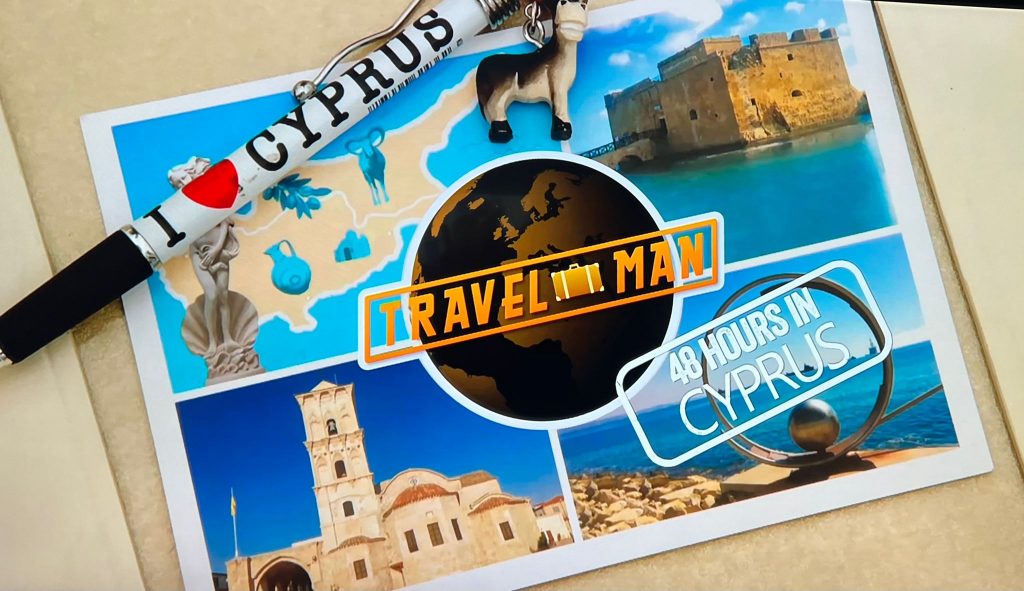 Please can you publish this open letter to UK broadcast authority OFCOM and Channel 4 about the “Cyprus” episode of Channel 4’s Travel Man?

As a British Turkish Cypriot, I was extremely disappointed to see Channel 4 air some very damaging, insufficient and poorly thought out context behind Cyprus in Travel Man Ep 3, hosted by Joe Lycett and Mo Giligan.

Referring to the Cyprus Problem using the term ‘Turkish invasion’ not only perpetuates an inaccurate and unjust narrative regarding the complex and sensitive history of Cyprus, but also offends an entire race of people who would have ceased to exist if it were not for Turkey’s intervention in 1974.

How can a high profile broadcaster explore Cyprus and reference Britain’s rule while stating that the island is ‘divided into TURKISH NORTH and GREEK SOUTH following Turkish invasion in 1974’ only one time without even touching on the events that led to the island’s breaking point?!

Granted, the show’s intentions are for entertainment only, but if you’re making the conscious decision to reference the island’s partition and Turkey’s intervention, you cannot choose to ignore the rest of the iceberg.

In referencing Turkey’s legal intervention as ‘invasion’, the programme automatically pits the viewer against Turkey without any context, background or understanding of the events that took place in Cyprus between 1950 and 1974, which still influence and affect the island today.

OFCOM’s own website (https://www.ofcom.org.uk/tv-radio-and-on-demand/information-for-industry/public-service-broadcasting) states that “public service broadcasting has a long and proud tradition in the UK, delivering impartial and trusted news, UK-originated programmes and distinctive content”. Sadly on this occasion Channel 4 did not deliver on these values in its ‘Cyprus’ episode of Travel Man.

The Cyprus Problem isn’t common knowledge, and many people do not know of the island’s history of violence, terror and loss. Introducing viewers to the matter by immediately villainising Turkey and invalidating the existence of Turkish Cypriots only contributes to the struggles that us Turkish Cypriots have been facing for decades.

I did not expect that a broadcaster as big and ‘trusted’ as Channel 4 would alienate our race and feed into the inaccurate, biased, and racist narrative of the Greek Cypriot regime.

Referencing the conflict in the way that the programme did indicates that the producers were aware of Cyprus’s history, but chose not to do their due diligence and represent the island’s tragic history impartially, ignoring the countless resources available which present both sides of the Cyprus story.

Cyprus is not just a sunny island to be enjoyed by British holidaymakers who wish to eat golden ice cream and ride mushroom boats. The entire island is full of beautiful landmarks, traditional cultural food, local business and belongs to two races of people who carry a lot of hurt, terrifying memories and extreme loss.

Additionally, the choice to make halloumi cheese in the Greek South of Cyprus further solidifies the incorrect belief that halloumi is Greek. Halloumi (or hellim, as we Turkish Cypriots call it) is neither Greek nor Turkish. It is Cypriot.

Furthermore, the deliberate decision to only explore the South of Cyprus further implies that Turkish Cypriots do not matter or even evist, as their existence on the island was never featured. Despite the episode being advertised as ‘Cyprus’, the presenters failed to cross the Green Line even once or, at the minimum, mention the island’s Turkish Muslim heritage.

Instead, viewers unfamiliar with Cyprus are fed the distorted view that Cyprus’s identity is that of Greek Orthodox Christian. Deliberately excluding Turkish Cypriots from the narrative is not only misleading, but also racist.

The opportunity to showcase Cyprus impartially, as a public service broadcaster should do, was there, but very sadly avoided.

Channel 4 should publicly acknowledge its failings here and apologise to the British Turkish Cypriot community. There should be clear guidelines on Cyprus for future programme makers, so they avoid such mistakes and biased coverage in future.