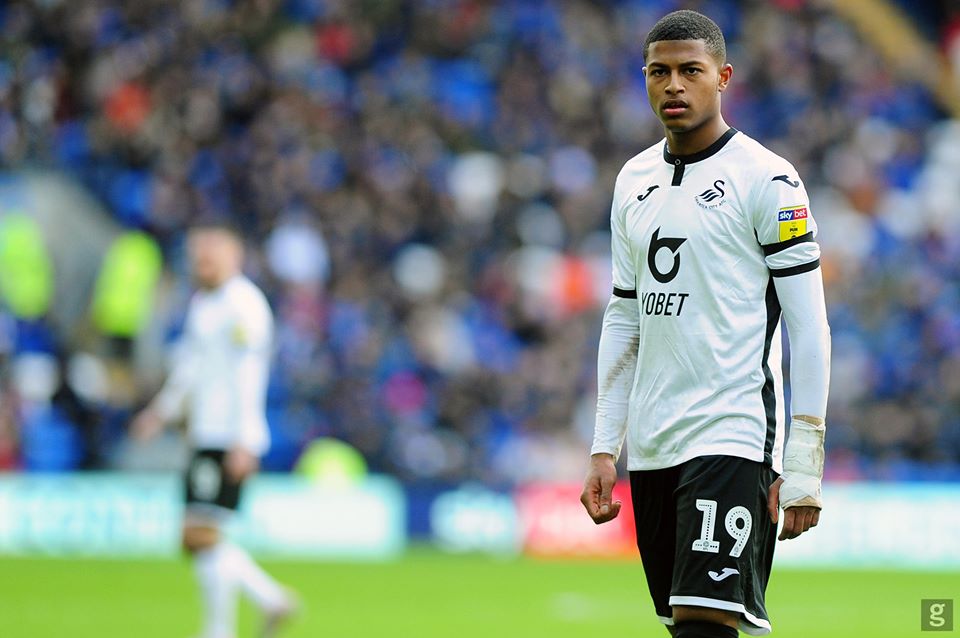 A young British footballer of mixed Barbadian-Turkish Cypriot heritage has issued a statement calling for “justice” and “a level playing field” for people of colour.

Liverpool striker Rhian Brewster, who is currently on loan to Swansea, made his comments on social media earlier today, writing that “For years & generations we’ve been screaming out for change and to be heard, yet the pain continues.”

His comments follow the tragic death of African American George Floyd, who was killed by a white policeman kneeling on his neck for nearly 9 minutes as he lay on the ground.

The policeman was in the process of arresting Floyd, aged 46, outside a shop in Minneapolis, Minnesota, on 25 May, over a counterfeit bill. The officer has since been arrested and charged with murder.

The incident has sparked widespread anger and protests across the USA and abroad. It is the latest in a  long line of unlawful killings of black people by white police officers, including jogger Ahmaud Arbery in Georgia, who was shot dead by a retired officer and his son while running in February, and teenager Michael Brown’s killing in Ferguson, Missouri in August 2014, which prompted similar angry scenes by the community in protest at his senseless death.

While the killing of unarmed black people by American police officers happens with alarming regularity, very few officers face prosecution, giving the impression that the police are beyond the reach of the law.

Rhian Brewster, 20, has previously spoken out about his experiences of racism in football. In an interview with the Guardian in 2017, the teenager detailed the abuse he had faced due to his colour, and called for stronger action by the football authorities.

“This is way deeper than just pointing out who’s staying quiet and who’s speaking up. Unfortunately for us black/brown people etc, this is a real life & everyday occurrence in so many different ways.

“For years & generations we’ve been screaming out for change and to be heard, yet the pain continues… We’ve all been shown films like Roots, we’ve all seen films like Boyz in the hood where this reality is covered and showcased. Yet we are still living these movies in real life. In 2020, today.

“This goes beyond just #JusticeForGeorgeFloyd, we need justice for us as Human beings. We don’t want special privilege. A level playing field is all we have been crying for, forever. Hear us. #BlackLivesMatter”.

The Londoner, who helped England win the U-17 World Cup in 2017, was last year presented with the Male Rising Star Award by the Council of Turkish Cypriot Associations in Britain (CTCA UK) for his inspirational work on and off the pitch.